After some delays, one of the most iconic colourways of the Jordan 5 just dropped in full fam sizing; the Air Jordan 5 Retro ‘Fire Red’.

Celebrating 30 years of the iconic Air Jordan 5 silhouette, the AJ5 pays homage to the GOAT, while taking your rotation to the next level. Find out more about it, as well as how you can cop right here! 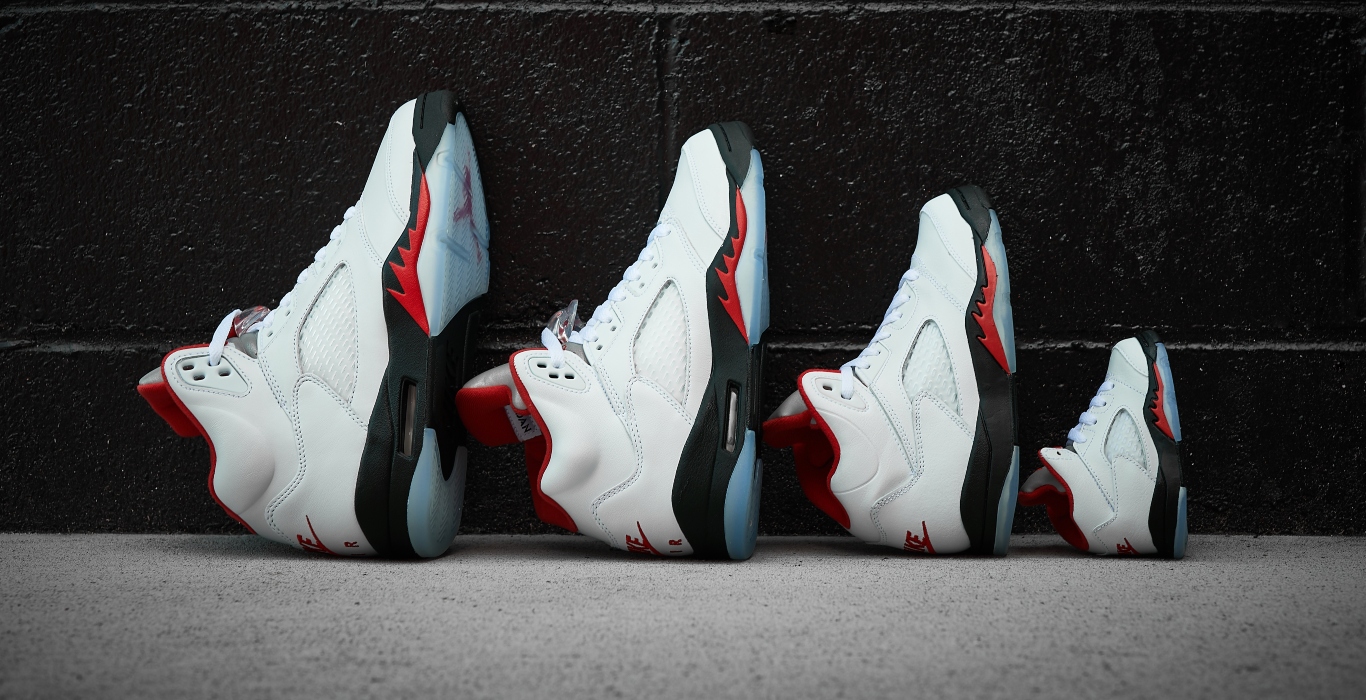 The Air Jordan 5 ‘Fire Red’ initially debuted on the court back in 1990 – 30 years ago! One of the most iconic moments in that colourway came against the Cleveland Cavaliers, a team that MJ haunted throughout his career.

As we all saw during the “The Last Dance”, it was against the Cavs that Jordan had one of the most defining moments of his career, hitting the game-winning shot, as time expired, to help the Bulls advance in the playoffs. However, that wasn’t his only big moment against Cleveland.

These were originally supposed to drop on March 28th, which would have been the 30th anniversary of Jordan scoring his career-high of 69 points. The opponent that night was none other than the Cavs.

‘Tinker Hatfield took inspiration from Jordan’s biting style and, likening it to an American WWII fighter plane, he designed the Air Jordan V with shark-tooth shapes on the midsole. Paired with a clear outsole, the shoe imbued a ferocity reminiscent of its relentless muse.’ 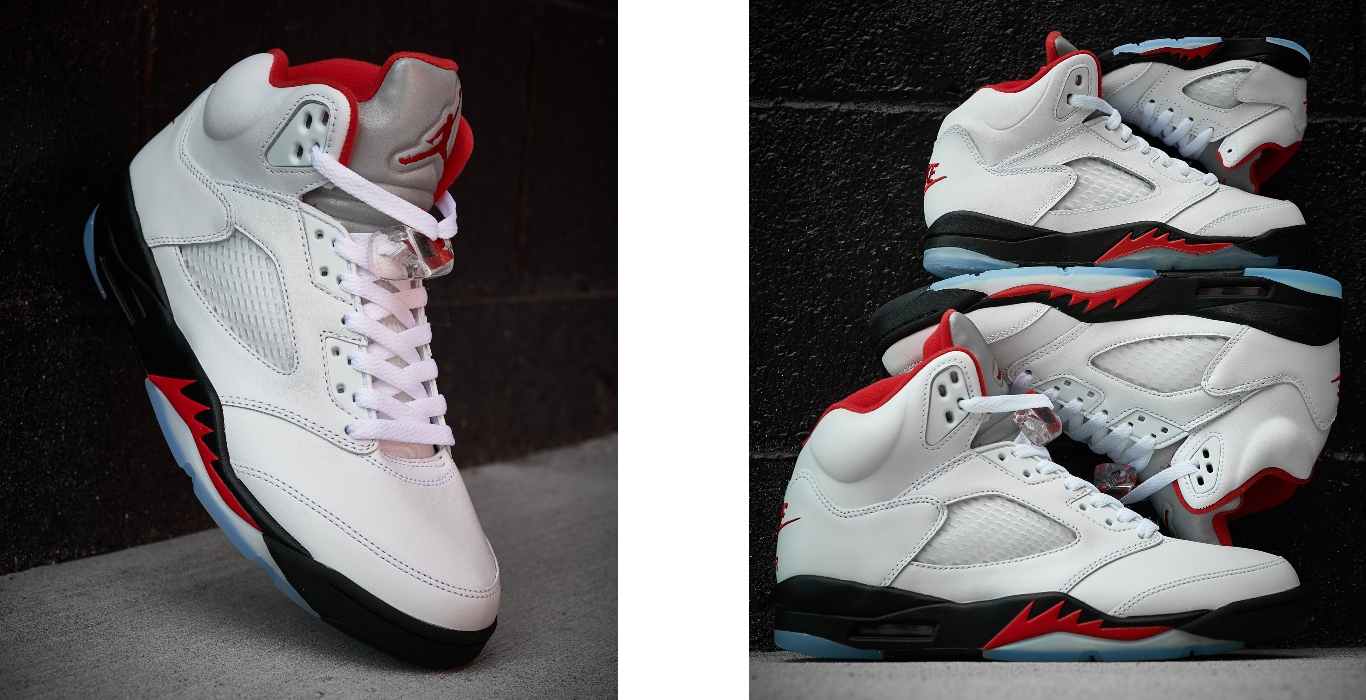 With it being the 30th anniversary of the Air Jordan 5, we can expect more heat in this silhouette to drop throughout the year. However, this is one of the most iconic colourways, and any MJ fan knows the history and amazing moments that came with it!

It’s App-enin’ Over on the JD App