AJ Confirms His Next Two Fights Will Be At Wembley

The Unified heavyweight world champion Anthony Joshua has confirmed that his next two bouts will be at Wembley Stadium.  The Watford born fighter, who is still to confirm who is next opponent will be, returns to the capital where he defeated Wladimir Klitschko in a historic night of boxing on 17th April, 2017.

The dates have been booked with the iconic venue for 22nd September, 2018, and 13th April 2019.  AJ’s return to his home town follows his two previous outings at the Principality Stadium in Cardiff.

“I am returning to Wembley after two mega fights in Cardiff. I want to thank the supporters from Wales and Great Britain and also the people of London for patiently awaiting my return,” Joshua said.

“Being north London born and raised, it is in my blood. The opportunity to fight in such an iconic stadium is normally a once-in-a-career opportunity, so to be given the chance to fight there again is amazing. Wembley just added a fourth lion to the den.”

Following drawn out negotiations with Deontay Wilder’s camp, the WBA ordered AJ to sign a mandatory defence against Alexander Povetkin.  The Russian boxer had a glittering amateur career before turning professional, and now boasts a record of 34 professional wins (24 by KO), with just one loss against Klitschko.

He also featured on the undercard to AJ’s unification bout with Parker, when he brutally knocked out David Price in the fifth round.  Povetkin’s reputation took a hit in 2016, as he failed two drug tests in an eight month period, and was subsequently fined £250,000 by the WBC.

Deontay Wilder is the undefeated American fighter that Anthony Joshua called out after defeating Parker. He holds the WBC belt; the only title that eludes AJ from completing his goal of becoming the Undisputed heavyweight champion of the World.

The Bronze Bomber last defended his WBC title on 3rd March, 2018, after surviving an early onslaught from the Cuban heavyweight Luis Ortiz, to prevail with a 10th round knockout. 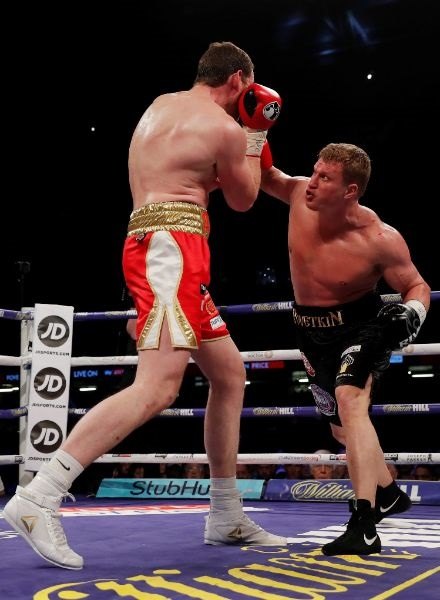 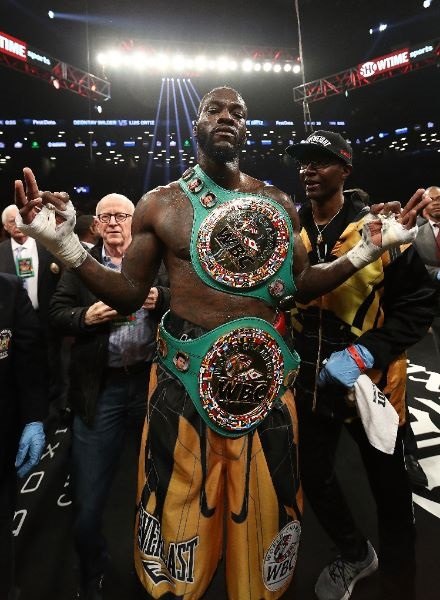 Eddie Hearn has confirmed that he has sent a contract to Wilder with a proposed fight for April.  The expectation is that AJ could fight Povetkin first to satisfy his mandatory challenge, before taking on Wilder in April, and then potentially heading to the United States for a Part II with the current WBC champion.

“I’m extremely honoured to get the opportunity to promote two more shows at the national stadium and delighted for British fight fans that Anthony has made this commitment to them,” Hearn said.

“I don’t think anyone will ever forget that night of April 29 against Klitschko and we plan to bring two more dramatic events to Wembley Stadium in September and April. Images from these AJ events make our country the envy of the boxing world and long may it continue.”