The Philadelphia Eagles claimed their first Super Bowl title in franchise history, as they edged out the New England Patriots 41-33, in an epic encounter at the U.S. Bank Stadium in Minneapolis.

Whilst the Chinese celebrate 2018 as the Year of the Dog, the NFL will remember the 52nd Super Bowl as the year of the Underdogs.  It was David versus Goliath, Rocky against Ivan Drago, the Eagles were more than underdogs, they were outsiders with little chance of toppling the mighty Patriots, and this was not fiction. 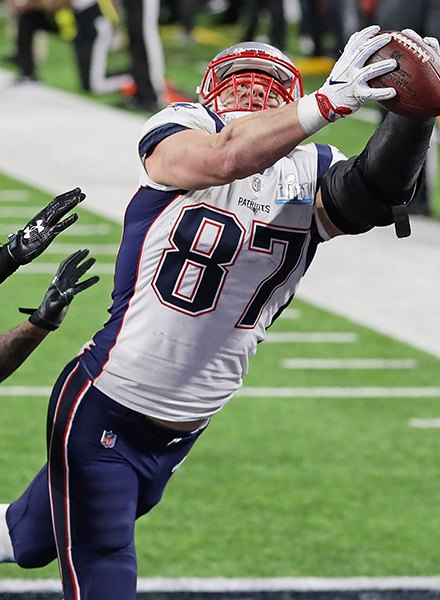 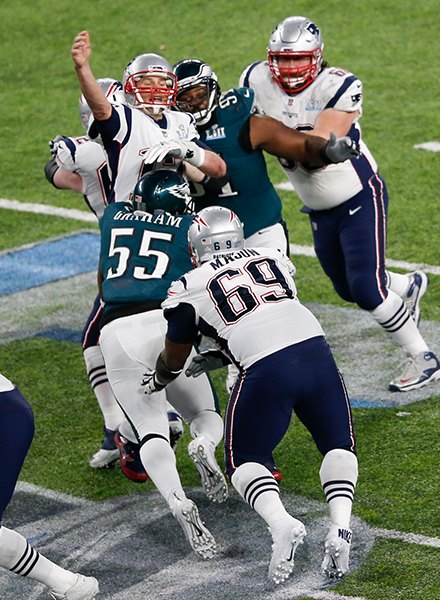 The dynastic New England Patriots boast one of the greatest coaches of all-time in Bill Belichick, alongside a peerless quarterback in Tom Brady.  The Eagles, still striving for their first Super Bowl, lost their superstar quarterback Carson Wentz after 13 games, after the MVP contender tore his ACL.

Nick Foles – Wentz’s understudy – went 28 of 43 for 373 yards, including three touchdown passes, as well as scoring a touchdown himself off a deceptive trick play, en route to picking up the Super Bowl MVP.

His counterpart Brady – a four-time Super Bowl MVP making a record 8th appearance at the show piece event – had earlier failed to catch a pass from a similarly designed play, as well as being critically sacked in the closing stages, which led to the Eagles recovering possession.

So often on the big stage, games can fail to live up to the occasion, but not on this day.  Not with Doug Pederson’s unwavering attacking mentality and guts to debut the ‘Philly Special’ which saw Foles make the first catch of his career for a tide turning touchdown.  Not with the regular season MVP Brady setting a new passing record for 550 yards.  And not with Alshon Jeffery flying out of the blocks to take three catches for 73 yards on five targets in the first half.

The NFL had been used as a political platform, from when Colin Kaepernick took a knee to protest against the treatment of minorities and escalating police brutality, to President Donald Trump’s obscene comments regarding the athletes that protest during the national anthem.  Here though, on the biggest stage, it was the sport that took centre stage, even if Eagles fan Pink set off the proceedings with a strong rendition of the national anthem.

Both teams exchanged field goals to get off the mark, but the first significant play saw Jeffrey manage an impressive 34-yard touchdown catch from Foles, although the Eagles failed to pick up the extra point.

Down 3-9, the Patriots failed to convert a field goal attempt, with the football miss-handled in the buildup.  Foles was able to connect with Jeffrey again for another 22-yard gain, which led to LeGarrette Blount running through for the Eagles’ second touchdown.

James White’s aggressive 26-yard touchdown run reduced the Patriots’ deficit to 15-12, but Foles’ first ever catch for a touchdown on Pederson’s ‘Philly Special’ allowed the Eagles to go into the half-time break with a 22-12 lead.

Justin Timberlake ran through his biggest hits for the halftime show and lit up Minnesota in purple, whilst paying homage to the late Minnesota musician Prince.  But that was just a temporary distraction from an enthralling game, which remained very much in the balance.  With the Brady led Patriots overcoming a 28-3 deficit against the Atlanta Falcons at Super Bowl 51, the second half promised to be intriguing, if not spectacular.

Inside three minutes of the restart, the Patriots’ Tight end Rob Gronkowski had reduced the gap back to three points, with the Pats successfully gaining an extra point after the receiver’s touchdown.  Foles then picked out Corey Clement as the Eagles responded, with the officials reviewing the play to confirm that the catch was complete before the running back’s momentum took him out of bounds.  With defence an afterthought, Chris Hogan stole in for a touchdown to keep the game on a knife-edge as the Eagles led 29-26 heading into the fourth quarter.  The Brady/Gronkowski combination was proving difficult for the Eagles to contain, with Gronk taking nine catches on 15 targets including his second touchdown. A successful kick gave the Pats an extra point and a 33-32 lead, to take down the stretch.

With just 2:25 on the clock Pederson called for an isolation play for Zach Ertz, whose footwork left Devin McCourty stumbling, as Ertz cashed in for the decisive touchdown; again the play was reviewed, again it was good.

There was still time for drama and for the Patriots to reply.  But with 2:09 to play, Brady committed his first turnover of the game when Brandon Graham strip sacked the quarterback in the defensive play of the game and Derek Barnett recovered the fumble for the Eagles.

Brady had one final opportunity with a ‘Hail Mary’ attempt to Gronk, but with several Eagles on hand, the Super Bowl was complete, and the Eagles were flying high.  The great Belichick and Brady were defeated by Pederson and his backup quarterback, it was the year of the Underdogs.