Look Back: In the Duffle Bag ft. Eddie Hearn

While we wait for news on what’s to come in the world of boxing this year, we’re taking a look back at when we got up close with Eddie Hearn to get the inside scoop on all things boxing and more.

Our guy Chuckie (@chuckieonline) has caught up with Eddie Hearn (@eddiehearn) not once but twice, for two exclusive episodes of our podcast; In the Duffle Bag.

Missed ‘em first time around? We’re giving you the low down on what went on and just how you can catch up and tune in right here! 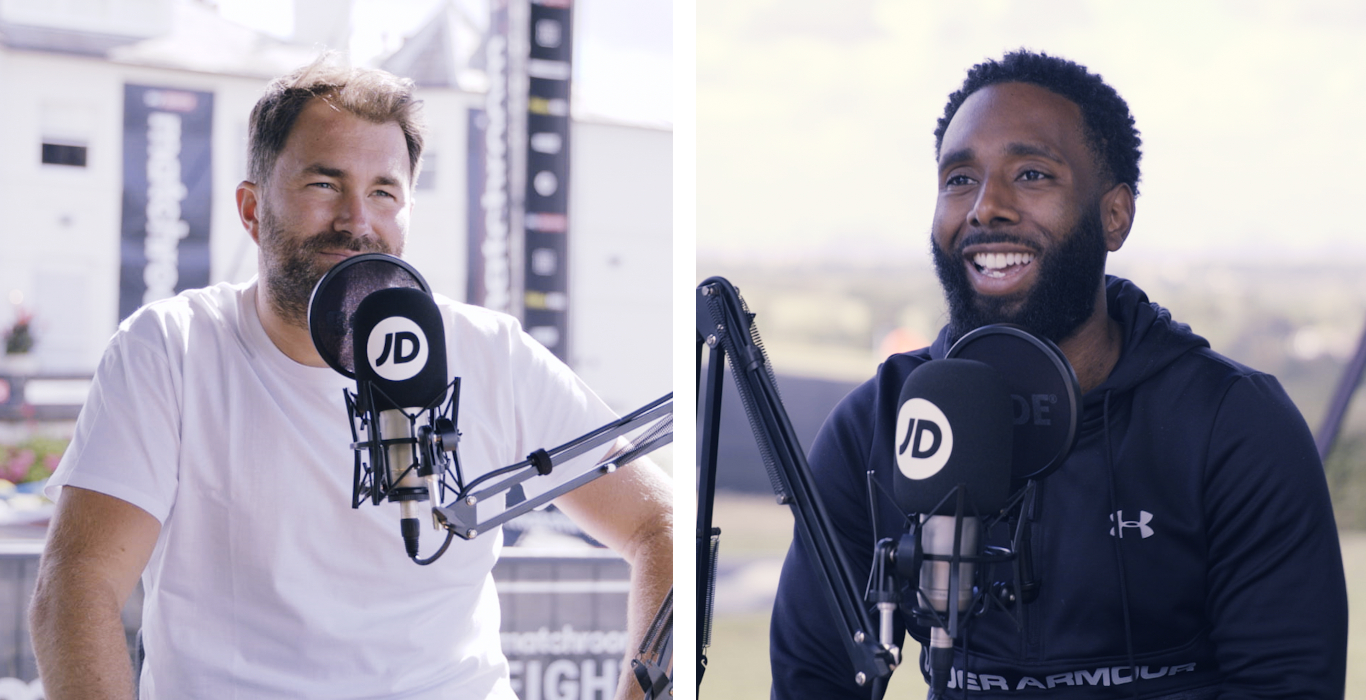 Chuckie first sat down with Eddie back in December 2019, as part of Series 1 of In the Duffle Bag. The guys chopped it up ahead of Anthony Joshua’s rematch against Andy Ruiz, which was happening the following weekend, 07.12.19.

Eddie Hearn discussed everything from embracing social media and going worldwide, to those iconic No Context Hearn memes. Tune in now via iTunes, Acast or Spotify!

“You’re the guy from the memes!”

Less than a year later, with the world of boxing completely different to the last time, Eddie was back as a guest in series 2. Dropping in August 2020 after the world of sport had been on pause, Chuckie caught up with Eddie ahead of the return of boxing; Matchroom’s Fight Camp.

The Fight Camp Special recorded at Matchroom HQ saw Eddie and Chuckie cover everything from running sports behind closed doors to the challenges that came with that. Talking all things Fight Camp and more, catch the full episode now via iTunes, Acast or Spotify!

“He will fight this year…”

Stay tuned for new episodes of In the Duffle Bag, and make sure you’re following @jdsports for the latest boxing news!

Look Back: In the Duffle Bag ft. Anthony Joshua