Legends mix with celebs and take to the pitch for a night of entertainment and fundraising. Before kick-off, England and the World XI had 5 wins each. How was Soccer Aid 2022 gonna go this time around?

On Sunday, we headed down to London to link up with some familiar faces. The guys were on top form as always but their ‘fits were a cut above. Let’s take a look at what fire they brought to the football.

There was sharp shootin’ on the pitch and even sharper styles in the stands. Our man @specsgonzalez had head-to-toe heat when reppin’ a PUMA tracksuit. Bringin’ a summer style, @chloeburrows looked fresh in a pair of PUMA shorts and a matching sweat. 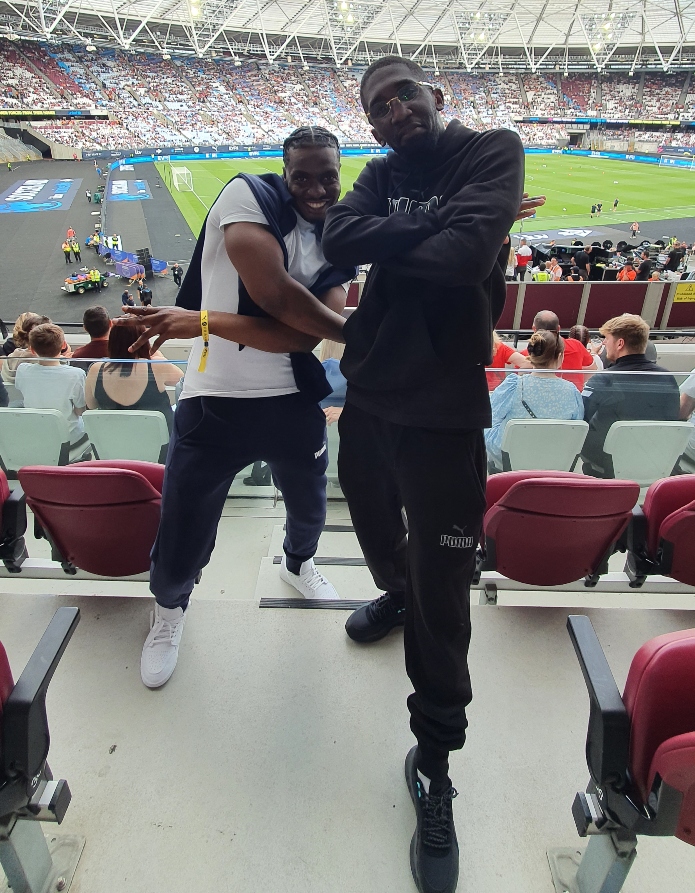 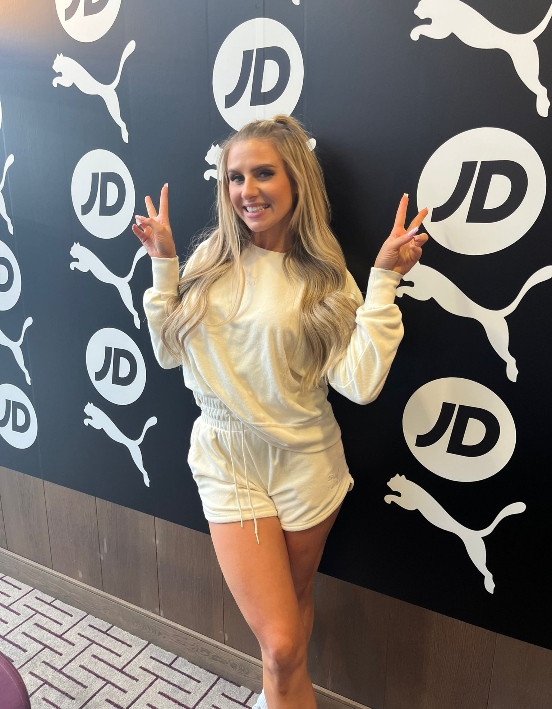 Takin’ a leaf out of our girl @chloeburrows’ book, @pippa_monique backed a shorts and hoodie combo from PUMA. @oliviaraeweedall swapped her footy shorts for a pair of joggers and doubled up her look with a matching vest.

The London Stadium was packed out with fans eager to see two star-studded squads play the beautiful game in the name of charity. England’s side was managed by Harry Redknapp, David Seaman, Emma Hayes, and Vicky McClure. Their squad included our man Chunkz, Jamie Carragher, Eni Aluko and was captained by One Direction’s Liam Payne. 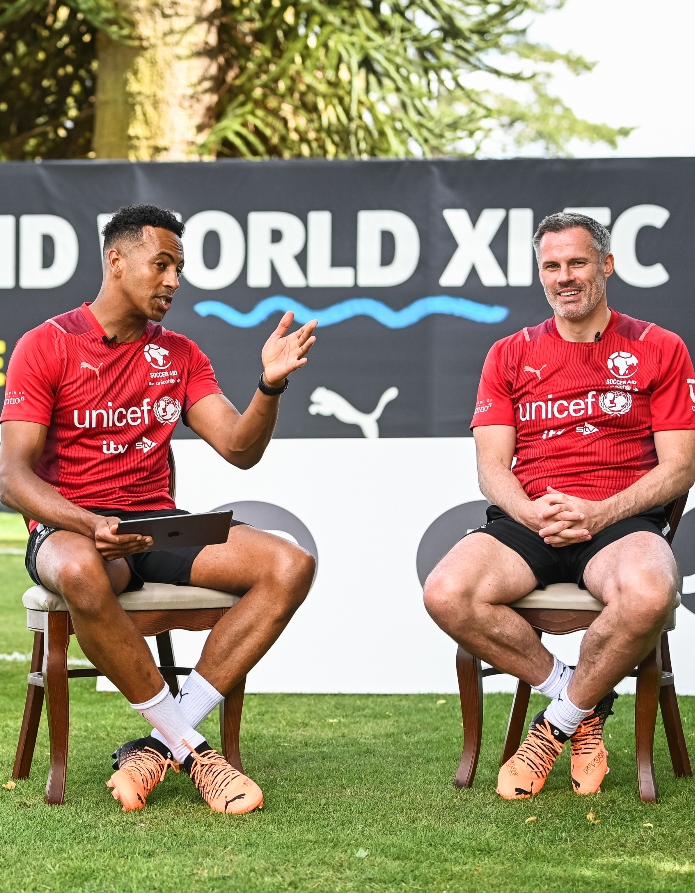 England’s opponents, Soccer Aid World XI FC, were managed by Arsene Wenger, Robbie Keane and Idris Elba. They were captained by Olympic gold medallist, Usain Bolt and had the likes of Cafu in defence, Noah Beck pullin’ strings and Martin Compston acting as an enforcer in midfield.

We were hyped to see how our boy would get on! We know Chunkz has got tekkerz, but he was up against some serious ballers! Unfortunately, the experienced Patrice Evra went down in the area after Chunkz was overeager tryin’ to win possession.

A penno was awarded by Mark Clattenburg. Commentary agreed it was soft and Chunkz had every right to feel hard done by. Up stepped Noah Beck, giving David James no chance, it was tucked away with power and precision. 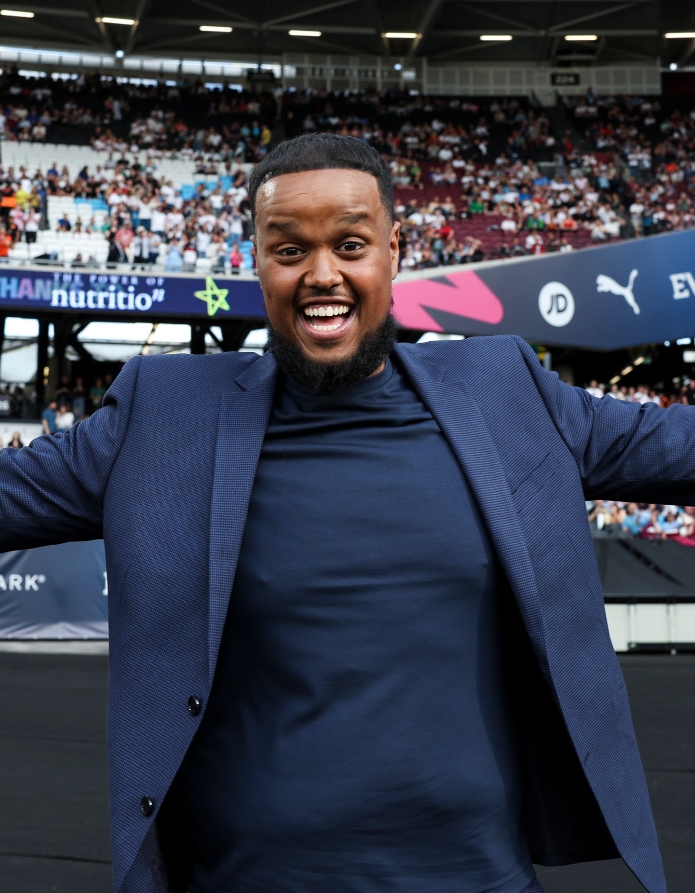 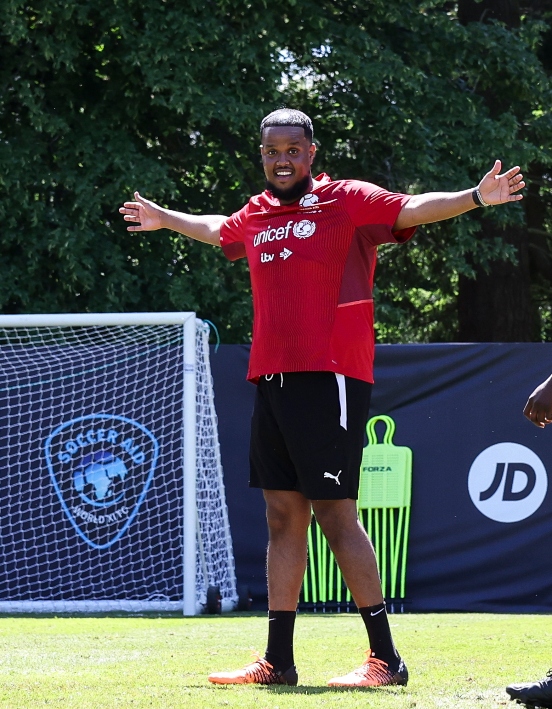 You can’t keep a man like Chunkz down for long. There was still plenty of time for him to redeem himself and get England back into the game. That’s exactly what he did after winnin’ a pen’. Chunkz wanted to take it himself, but it was Mark Wright who slotted it him past Petr Cech to level the score.

You could see Chunkz was in the mood for goals. He cleverly made space in the World XI’s penalty spot and managed to quickly unleash a drilled shot. It was just inches wide of Petr Cech’s post.

Robbie Takes It Away

Half time, and the entertainment wasn’t slowing down! Robbie Williams treated the crowd to a rendition of his famous song, Angels. With that crackin’ display wrapped up, it was time for the second half.

A neat ball over the top from Russell Howard set free Tom Grennan. The former Luton Town academy player showed blistering pace and composure to make space and clinically slide the ball into the net.

It was now up to the World X1 to equalise if they wanted any chance of victory. Love Island’s Kem Cetinay made sure a mistake from Mark Wright didn’t go unpunished. He scored his 4th Soccer Air goal and now everything was to play for.

A penalty shootout would decide the outcome of this match. Noah Beck started with a goal for the World XI, sadly for England, Tom Grennan’s reply didn’t find the net. Line of Duty legend Martin Compston then put his side ahead to make it 2-0.

Russell Howard had to score if England were to have any hope of winning this shootout. The comedian missed. We hope he can see the funny side! Kem Cetinay made it 3-0 with Mark Wright then getting a consolation goal for England. 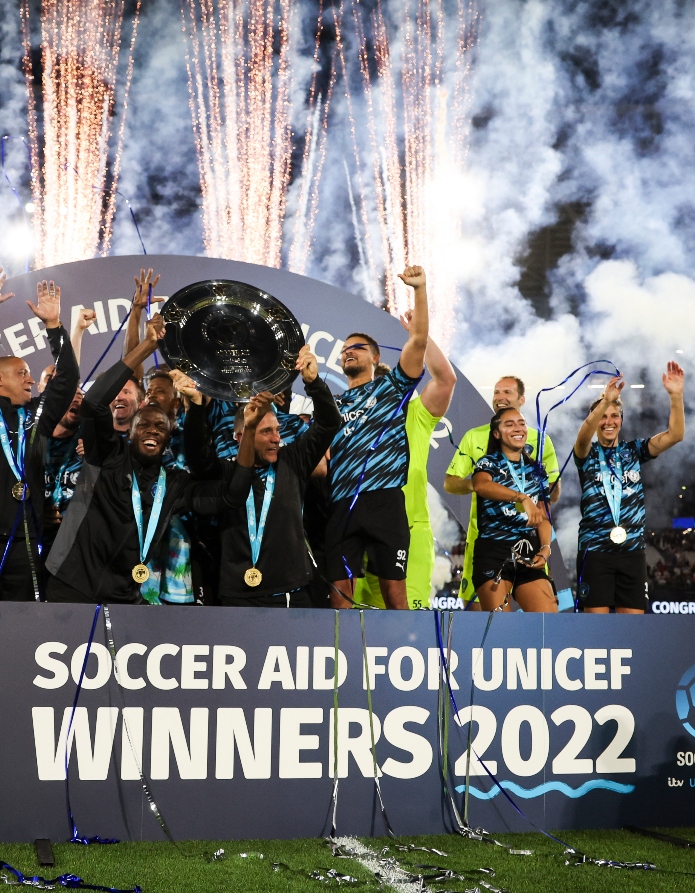 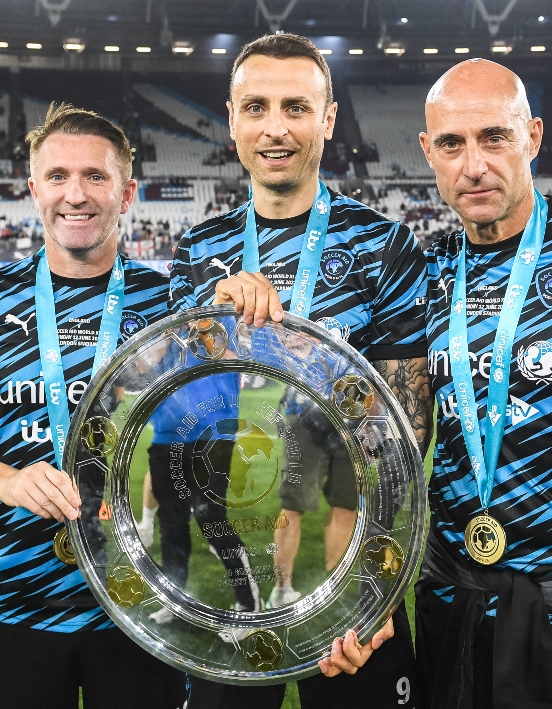 Lee Mack was the man to clinch the win for the World XI in what was a fantastic evening of football and fundraising. A total of over £15 million was raised for UNICEF by Soccer Aid. An incredible effort and act of generosity from the public.

In the Sea: Episode 1