Before Hailey Baldwin’s Falcon catwalk show kicks off later today, we’re giving ya a sneak preview of what’s in store. If you’re after the pre-show low down, well we’ve got you totally covered.

Starting at 12pm, the Falcon show is gonna be streamed live on JD’s Facebook, Instagram and Periscope – make sure you’re watching!

In true adi fashion, the Falcon show guarantees to serve up some of their freshest new looks – expect the iconic 3-Stripes, cute colourways and all the comfy vibes! And what’s better…each model is gonna be styled by adidas Style Creator and catwalk queen, Hailey Baldwin. ? Shop all the looks featured in the show right here!

With hoodies, leggings, tees, track pants and more hitting the runway, Hailey’s gonna show ya just how to work it – her way. Each look will be finished up with a pair of adidas’ latest and hottest new silhouette; the Falcon.

What’s a fashion show without some of the hottest celebs and influencers sitting in the front row?

Keep an eye out for some of your fave Love Island alumni attending. Dressed in head to toe JD, this year’s contestants, Meg and Kaz are gonna be at the show – with Meg already showing off her JD-exclusive Falcons on the gram. 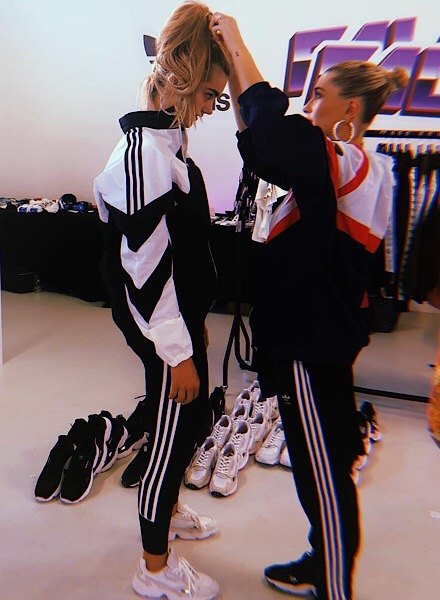 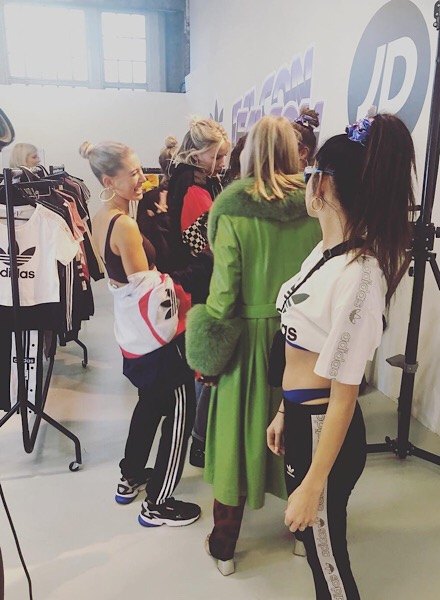