There were no draws in Week 5 of Premier League action, only winners and losers. In the big games of the weekend, Liverpool underlined their title credentials with a 2-1 victory away to Tottenham, Man United ended Watford’s 100% start to the season with the same scoreline, and Andriy Yarmolenko’s double helped West Ham earn their first points of the season at Goodison Park. Here is a look at the top performers for Week 5:

GK        David de Gea (Man Utd) – Much has been made about the Spaniard’s apparent dip in form, but that was put to bed at Vicarage Road. Although he was rarely threatened, de Gea came up big for United at the death with a couple of crucial interventions to preserve a crucial three points for the Red Devils.

CB        Matt Doherty (Wolves) – Wolves managed a mind-boggling 30 shots against Burnley. Still, it took a marauding run and cut-back from Doherty to break the deadlock. A resounding Man of the Match performance has surely grabbed Martin O’Neill’s attention.

CB        Virgil van Dijk (Liverpool) – Liverpool’s defence has been transformed since van Dijk’s £75m switch to Anfield. Another commanding display from the Dutch captain helped them overcome Spurs at Wembley. Is he the best defender in the Premier League?

CB        Chris Smalling (Man Utd) – Three of his four Premier League goals last season came on the road, and Chris Smalling again came up big for United with a goal Radamel Falcao would have been proud of. Aside from his goalscoring exploits, Smalling put in a much needed commanding display at the heart of United’s defence.

LM       Leroy Sané (Man City) – Responding to the critics. A goal scored and one incorrectly disallowed, Sané put the recent noise behind him with an outstanding return to the Man City lineup.

CAM    David Silva (Man City) – The Spanish playmaker became just the fifth Man City player to reach 50 Premier League goals against Fulham, but his contributions go much further than the scoresheet. Since 2010, no Premier League player has created more goals than Silva.

CDM    Granit Xhaka (Arsenal) – Xhaka is still to win over Gunners’ fans, but his superb free-kick away to Newcastle may help change some opinions; outstanding technique from the Swiss International.

CAM    Ryan Fraser (Bournemouth) – A brace and an assist against Leicester, Fraser was unplayable in the Cherries emphatic win at the Vitality Stadium. Eddie Howe’s men are now fifth in the league ahead of Arsenal, Spurs and Man Utd, and the Scotsman has four goals in all competitions.

RM      Andriy Yarmolenko (West Ham) – The Hammers were glued to the foot of the table before their trip to Goodison, but Manuel Pellegrini can thank his Ukrainian winger for a reprieve in the press this week.  Yarmolenko showed his class on Sunday afternoon with two exquisite goals from outside the penalty area: a pinpoint effort with his left and a curling shot with his right. 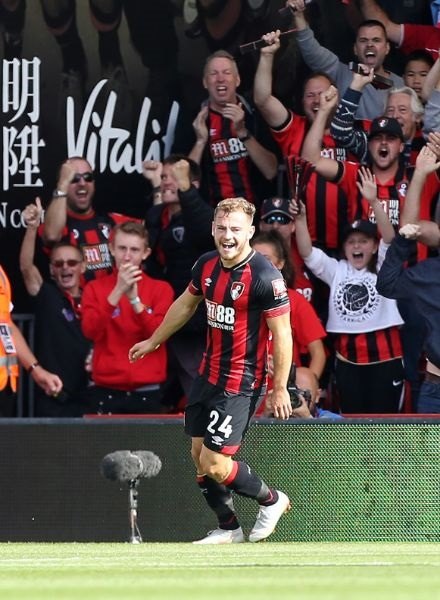 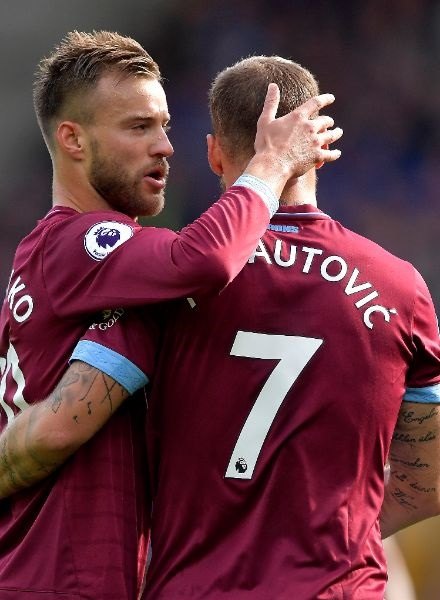 CF        Marko Arnautović (West Ham) – Despite West Ham’s early Premier League struggles, Arnautović is now up to three goals in five games. He will do well to better his rocket against Everton this season.

CF        Eden Hazard (Chelsea) – Maurizio Sarri said he wanted to bring ‘fun’ to Chelsea. One Blue enjoying himself right now is Eden Hazard. After scoring two goals for Belgium, he helped himself to a hat-trick to make it five Premier League goals in as many games.  Sarri believes he can get 40 goals this season; based on current form, he could be right. *Player of the Week