Lucas Moura inspired Tottenham at the Theatre of Dreams, whilst Liverpool, Chelsea and Watford also maintained their 100 percent records in the third weekend of Premier League fixtures. Here is a look at some of the best performers who made it into our team of the week:

GK Alisson Becker (Liverpool) – It’s now three clean sheets in three games for the Brazilian, who didn’t have much to do at Anfield against Brighton. However, when called into action, Becker was assured. The £67m custodian exudes a calmness which is filtering through to his defence.

RB Héctor Bellerín (Arsenal) – The Spaniard had a hand in two of the Gunners’ three goals, playing a critical role in earning Unai Emery’s team their first points of the season.

CB Harry Maguire (Leicester City) – One of England’s star performers at the World Cup, Maguire’s stoppage-time goal secured Leicester a precious win, and reminded onlookers of why he was linked with a big money move to Manchester United in the transfer window.

CB Toby Alderweireld (Spurs) – Another of the centre-backs heavily linked with a move to Old Trafford, Alderweireld put on a commanding display in front of Ed Woodward and José Mourinho in Tottenham’s 3-0 win. How much is the 29-year-old Belgian worth? We may find out in January.

LB Nacho Monreal (Arsenal) – Last year only Marcos Alonso (6) scored more goals in the Premier League than Monreal (4) from defence. Although the Chelsea man was again decisive, Monreal’s equaliser proved to be the catalyst Arsenal needed to earn their first win of the season. 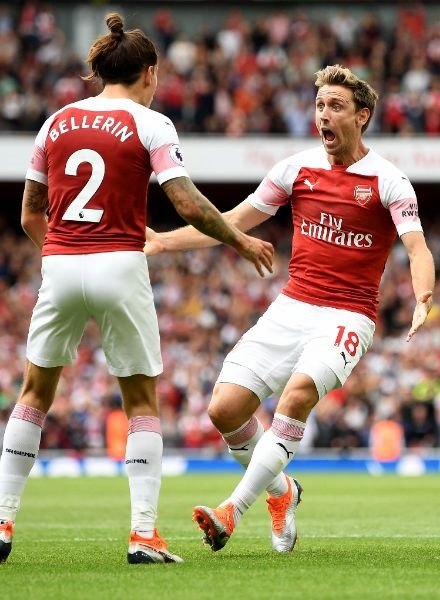 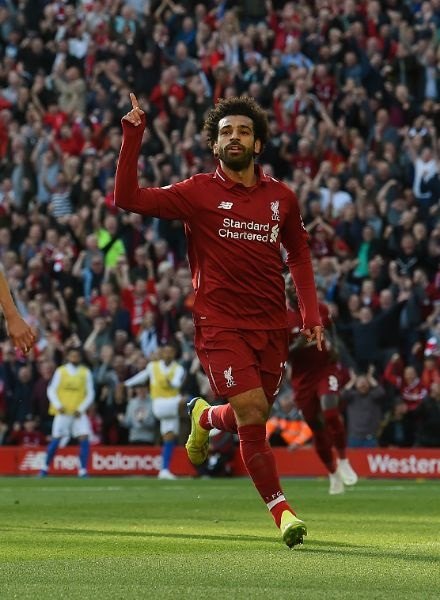 RM Mohamed Salah (Liverpool) – The Egyptian king isn’t taking any games off for Liverpool. Jürgen Klopp’s team lacked their normal fluidity in attack against a plucky Brighton outfit, but with just a Mo-ment of quality, Salah decided the outcome.

CM Jean Michaël Seri (Fulham) – Seri is a box-to-box midfielder who can do a bit of everything. When Fulham paid £25m to Nice for the diminutive midfielder, the Cottagers might not have not known what they were getting. They do now though. The Ivorian scored the goal of the weekend with a scintillating strike as Fulham collected their first points of the season.

CM Roberto Pereyra (Watford) – The best player from the opening round of fixtures, Pereyra returns to the team of the week following another sparkling performance and another stellar goal. Watford are the one team with a 100 percent record that nobody expected, and the Argentine has been fundamental to their early season form.

LM Lucas Moura (Spurs) – Last season the former PSG attacker failed to score in the Premier League having made just six league appearances, after signing in January. But after looking promising in preseason, Moura scored an outstanding goal last weekend, and followed it up with a match-winning performance at the Theatre of Dreams. *Player of the Week

CF Aleksandar Mitrović (Fulham) – A brace of headers from the Serbian international made it three goals in three games for the former Newcastle United man. Scoring 15 goals in 23 games for the Cottagers, the Magpies are surely ruing cashing in on the promising 23-year-old.

CF Harry Kane (Spurs) – Despite a relatively quiet performance away at United, Kane changed the dynamics of the game when he bullied Phil Jones and headed Kieran Trippier’s corner emphatically past David de Gea. After ending his August drought, the England captain has now bagged his first goal at Old Trafford.