Air Force 1: The History Behind the Icon

The Air Force 1 is one of the most iconic sneakers that Nike has ever produced. Originally released in ’82 under the name ‘Air Force’: the sneaker grew from a performance silo into a street essential, found recognition on a global scale and became a cultural phenomenon. The kick has had over 2,000 variations since its release, but, amazingly, very little has changed with the sneaker itself over the past 36 years.

How Did The Air Force 1 Get So Big?

The sneak was designed by Bruce Kilgore (heard of him?) who started life at Nike as one of many product designers. In the early ’80s, Kilgore was tasked with creating a fresh basketball silhouette, and in his first attempt at a sneak managed to create the Air Force 1! Beginners luck? Definitely not! Kilgore went on to create loads of other standout silos – most notably the Air Jordan III.

Inspired by Nike’s Approach hiking boot, Kilgore cut the top of the Air Force 1 to give the sneak the support of a traditional high top, while bringing extra flexibility. Kilgore pioneered the circular outsole to allow basketball players to dominate the court with superior grip. An early design of the kick found its way to Tinker Hatfield (soon-to-be legendary shoe designer) who was so impressed by the next-level design that it boosted his interest in designing sneakers. So, without the Air Force 1, Hatfield may never have created some of Nike’s most iconic silhouettes…just sayin’.

When the sneaker launched in ’82 in its original high-top design, it was accompanied by a star-powered marketing campaign. Six of the NBA’s biggest stars: Moses Malone, Michael Cooper, Jamaal Wilkes, Bobby Jones, Mychal Thompson and Calvin Natt were drafted in for a now iconic shoot where the players wore white suits on a plane landing strip – ballin’! For the 25th anniversary of the Air Force 1 in ‘07, the shoot was recreated with the latest crop of NBA stars: Lebron James, Steve Nash, Paul Pierce, Rasheed Wallace, Chris Paul, and Kobe Bryant. The original six stars were given custom Air Force 1s in their team colours, a precursor to the modern player-exclusive sneaker!

In ’83, the Air Force 1 Low debuted as a casual alternative to the performance-heavy high-top.  With interest building, three Baltimore sneaker shop owners met with Nike to discuss the possibility of exclusive Air Force 1’s being produced for their stores. A bold move, but one that worked! This marked the birth of both the collaborative sneaker and limited edition drops; with exclusive kicks across America making the Air Force 1 a must-have!

The AF 1 was discontinued in ’84, but with the sneak being the freshest kick out there, people wanted more! Sneakerheads began to customise theirs to create new exclusives and one-offs, even if they weren’t official. The demand for the sneaks got so high that Nike eventually caved and brought back the kicks in ’86 (the system works!), and for the first time ever, retro’d a sneaker. 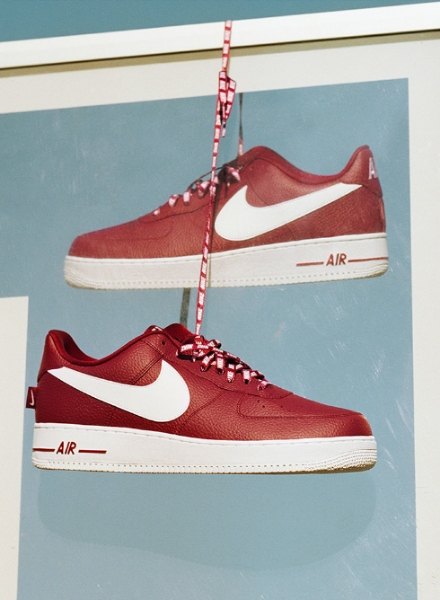 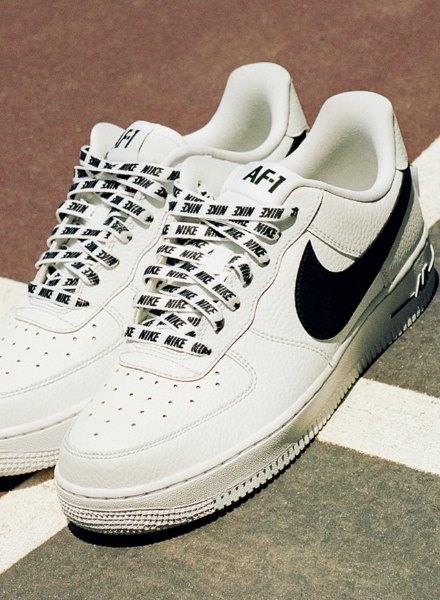 The mesh panel to the sidewall of the AF1 had been a staple since its inception, but was switched out in ’90, allowing the sneaker to reach its most iconic form; sporting an all leather upper! The white-on-white colourway was introduced for the first time at some point in the early ’90s (they legit don’t know when exactly), taking the kicks to a whole new level. The Low white-on-white sneak was so hyped that Nike started limiting supplies and even restricting the stores it could be sold at; a strategy that’s still used today – effective if frustrating for sneakerheads.

What Did The Air Force 1 Mean For Hip-Hop?

The late ’90s was when the Air Force 1 truly became an icon. The sneaker was idolised in urban areas like New York where the shoe was the symbol of the everyday hustler – it even copped the nickname ‘Uptowns’. So, when certain people found success in their hustle, say, I dunno…Jay-Z, the Air Force 1 found success with them. In the late ’90s and early ’00s it was name-dropped constantly by the biggest names in Hip-Hop. The likes of Jay-Z, Cam’ron and Nelly all dropped tracks that made the sneak what it is today. Nelly’s track Air Force Ones even popularised the “wear them once” trend.

Nike got behind Hip-Hop’s adoption of the kicks and released loads of high profile collabs throughout the ’00s. 2004 saw the release of the Roc-A-Fella (an instant sell out @JD on its re-release) and “The Black Album” Air Force 1’s in collaboration with Hov, with the likes of Fat Joe and Young Jeezy hitting us soon after. As rap culture continued to boom, so did the Air Force 1! 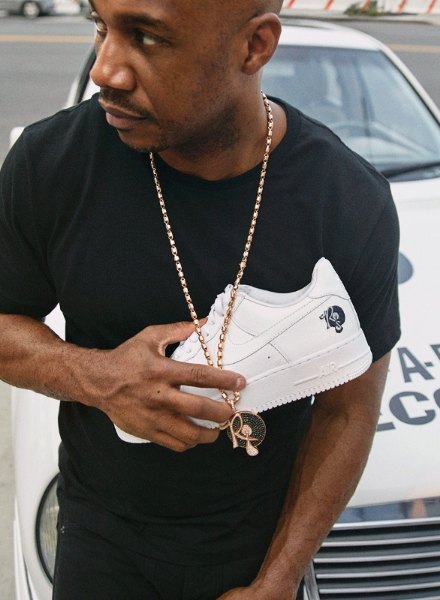 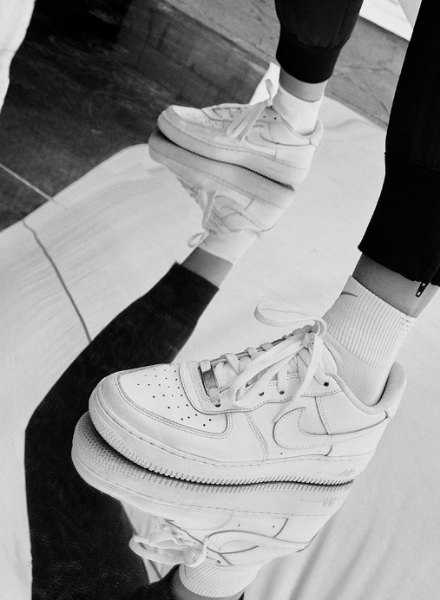 In the mid-’00s, now with a global appeal, Nike took their exclusives strategy worldwide. With many countries getting exclusive designs, Japan was super lucky having the legendary “Linen” and “3M Snake” colourways. They also tapped larger retailers in certain countries – including JD Sports (oh, hey!) in the UK, aiming to take advantage of the UK grime scene.

Now the Air Force 1 is as big as it’s ever been! Worn the world over, it remains both a sports and street essential. Here at JD, fresh Air Force 1 drops are hitting constantly. Keepin’ up with the demands of sneakerheads, we have Low, Mid, and LV8 cuts for Men, Women and Kids. Check out the complete collection here.