ASICS: The Road to the GEL-Quantum

When it comes to running kicks; ASICS is the one. Whether you’re an amateur or a pro, ASICS’ history means there’s something for everyone, at any level.

From humble beginnings in ‘49, the Japanese sports company has come a long way, expanding alongside the sneaker world with new tech, styles and innovations.

It Started with an Octopus Tentacle…

While Nike’s Bill Bowerman might’ve created the sole of a running shoe based on a waffle maker, ASICS’ Kihachiro Onitsuka was in fact inspired by an octopus salad (yep, you heard us right…).

Though he started out producing basketball kicks, Onitsuka changed the game when he had the idea to mimic octopus’ tentacles. Wanting to boost traction levels, he decided to use suction cups on the soles of shoes; a massive hit that went toward creating one of the first classic ASICS trainers.

From Onitsuka Tiger to ASICS

Making its first appearance in the 1940’s under the name Onitsuka Tiger, the company wasn’t known as ‘ASICS’ until almost 30 years later in ‘77. Standing for ‘Anima Sana in Corpore Sano’, the name means ‘a healthy mind in a healthy body’ – one of the company’s philosophies that’s still going strong today.

The late ‘60s and ’70s saw some sporting pro’s reppin’ ASICS sneaks. In ’67 Derek Clayton broke the world marathon record wearing ASICS, as well as Lasse Viren wining gold at the ’72 Munich Olympics in none other than…you guessed it; ASICS.

By the ‘80s, ASICS had developed GEL tech – first used on the Freaks silhouette in Japan and then the GT II for the rest of the world to see. 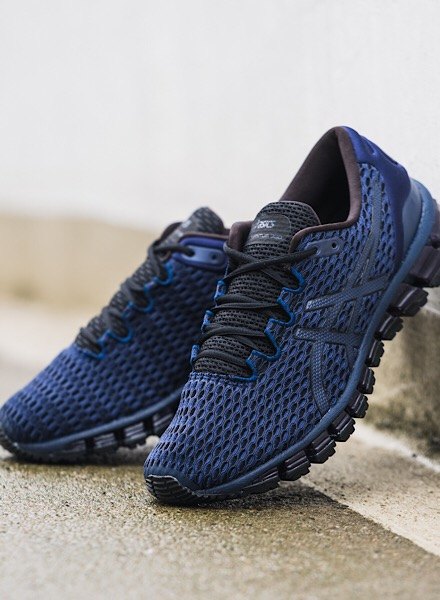 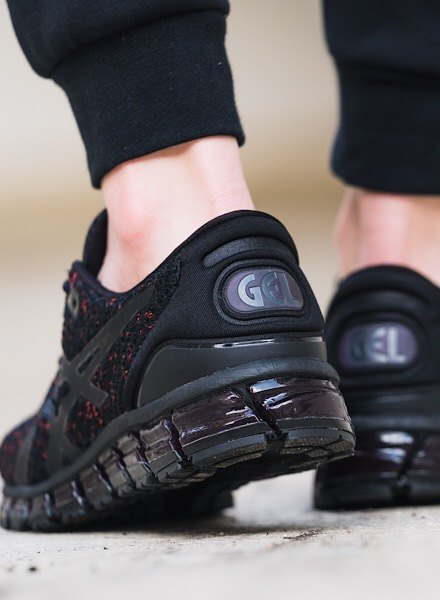 Having shaped running for decades, ASICS knew it was time extreme evolution. Still pushing the boundaries of technology, they released the GEL Quantum; their most advanced kick to date.

The GEL Quantum is the first of its kind – equipped with a midsole that’s built mostly with GEL cushioning. Aiming for maximum comfort while boosting performance, the innovative sneak is packed with features you didn’t think were essential until now…

Built with a Fluidfit upper, it combines stretch mesh and reinforced panelling for the ultimate, sock-like fit. They’re sat on a full-length Trusstic system, which keeps it lightweight to keep you going mile after mile. Finished with 180 or 360 degrees of GEL cushioning tech, the GEL Quantum guarantees unparalleled shock absorption for comfort that’s reached new heights.

Like what you’re hearing? Check out the entire GEL-Quantum range right here.