Air Max Day is only 5 days away and we’ve been giving you the low down on some of Nike’s most iconic Air Max silhouettes. The Iconic Air series continues and right now, we’re getting up close with the Air Max 2017.

Reviewing their past four Air Max models, Nike stuck with a design that works; bringing back the full-length Max Air sole unit for another year. The Air Max 2017 combines engineered mesh and 360° of Visible Air, but refreshes previous styles for a new look and feel.

Though loads of the classic Air Max shoes like the 90 and 95 are no longer thought of as performance sneakers, Nike continue to use Air to give athletes what they need for peak performance. Using next-level tech and innovative design, Nike released the Air Max 2017 as a performance trainer that looks as at home on the streets as it does the track.

Released late 2016 in both black and gradient blue colourways, Nike’s Air Max 2017 wasn’t anything new, but a step up from the previous AM2016.

They’re built with a single-piece, engineered Flymesh upper that guarantees a breathable feel, while a wavy texture to the midfoot switches up the look from previous silhouettes. Ditching the Flywire cables used on the Air Max 2015 and 2016, the Air Max 2017 has a stripped back, clean look. Instead of Flywire, these trainers use standard round laces for a locked-in fit.

Keeping with a cleaner aesthetic, designers have moved the Swoosh logo from the forefoot, to both sides of the midfoot. Each logo has a statement, reflective finish, another new element that takes the 2017 up a level. As well as the logos, the tongue and heel strip is also reflective to keep you seen whatever the conditions. 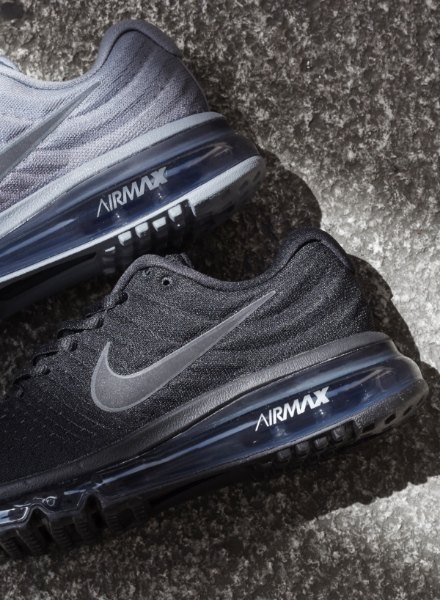 The Air Max 2017 is equipped with a full, 360° of visible Air underfoot. It has a similar look to the Air Max 2003, designed by Nike legend, Sergio Lozano.

Though the cushioning is exactly the same as previous models, the Air Max 2017 is more lightweight than the 2016 iteration, with changes only being made to the upper. The Air bag traps air inside a pressurised urethane bag, and is only 13mm tall, staying close to the ground for the stability you need while running (unlike the Air Max 270 that’s 32mm tall – the tallest Air unit Nike have made to date!).

Years after the creation of Air, Nike starting printing on their Air bags. On the AM2017, Nike use a printed Air bag, with Air Max text on the sidewall – in a similar fashion to the Air Max 2015 and 2016.

To finish up, these trainers use Nike’s legendary Waffle sole, which was first used by Bill Bowerman (Nike’s co-founder and original innovator!) pouring rubber onto a waffle iron. 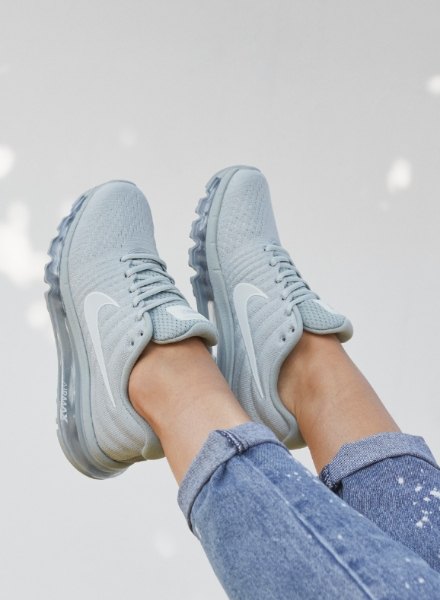 From Lukaku, To You : PUMA RS-X Tune x XTG