What is Nike Air Technology?

The most recognisable of all of Nike’s technologies, Air has been a staple of Swoosh sneakers since the Air Tailwind dropped in ’78.

Simple, right? No? Well, we’re gonna give you all the inside deets, laying out exactly what Air tech is and how it works.

How Does Nike Air Technology Work?

The basis of Air technology consists of pressurised Air being put inside a tough yet flexible bag. Bringing flexibility and springiness without compromising structure, this is done through an aeronautics technique called blow rubber moulding.

To make sure the gas doesn’t leak from the Air units, Nike use dense gases, which can’t escape from the polyurethane material of the bag. However, the bag still allows the transfer of gases into it, meaning the Air Unit is always fully pumped up!

Each Air unit is then placed into the midsole of the trainer in different positions, depending on where cushioning needs to be emphasised. This is usually in the heel where the most impact protection and cushioning are needed to take comfort next level.

With each step, pressure is applied to the Air units, which absorb and release energy as you step off. The Air unit then goes back to its original shape. 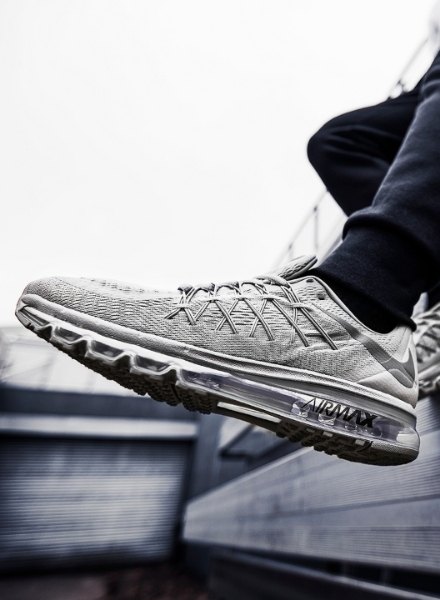 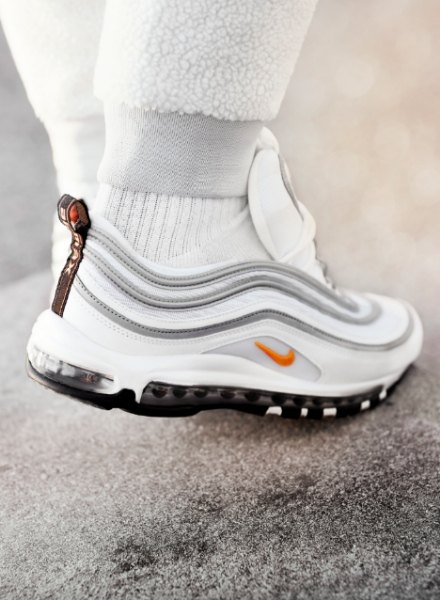 So, What Are The Benefits?

The process of hollowing out a midsole and adding multiple Air units delivers supreme, everyday cushioning for the average sneakerhead. Not only this, but it improves the performance of athlete across different sports by providing a lighter wear that requires less energy to be put out.

Air tech is also incredibly versatile. Cushioning is used in different ways for different sneakers, and so can deliver specific performance benefits in different sports. Air Force 1 sneakers are equipped with circular outsoles and encapsulated Air units to the heel for greater jumping ability and cushioned landings on the basketball court, while running silhouettes such as the Air Max 95 and Air VaporMax use positioned Air units to the forefoot and heel for cushioning in high pressure areas when running.

Air cushioning continues to give us next-level impact protection, making sure muscles, joints and tendons aren’t strained or damaged. With the cushioning immediately returning to its original shape, there’s never a refresh period, and because of the nature of air, the cushioning is unlimited and will last as long as your trainers do! 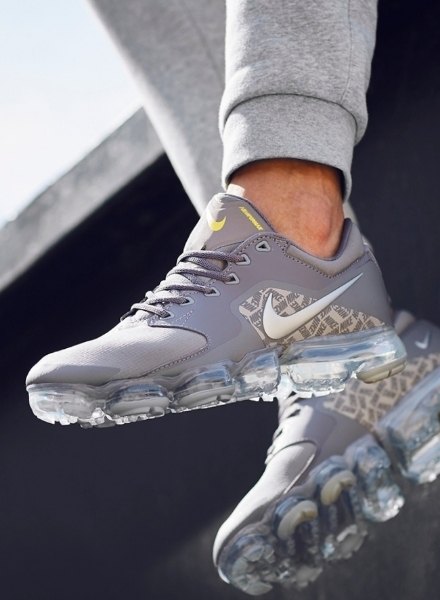 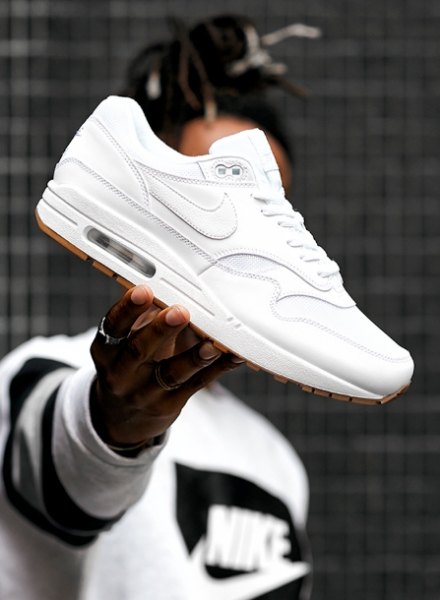 Did you know there’s different types of Air technology? Each variation brings something new to the sneakers they’re in. The most popular form of Air is, of course, Max Air (or visible Air)!

When the Nike Air Tailwind dropped in ’78, because the Air unit was encapsulated, sneakerheads had to take Nike’s word that Air-based technology was working unseen in the midsole. And while Nike had success moving into the ’80s with the Air Force 1, Tinker Hatfield wanted to push Air further by letting people see exactly what they were walking on.

The Air Max 1 gave us the first taste of Max Air. The Air unit was visible to the heel and was three-times as big as encapsulated Air. Bringing you some seriously pumped up kicks and maximising Air – hence the name.

A staple part of Nike’s silhouettes for the past 30 years, Max Air is what people most commonly associate with Air Technology. The iconic look of the Air unit was so memorable, it started being referred to as the Air bubble, a name that’s stuck with ever since!

Another type of Air technology is Zoom Air. Whenever Nike wants to add some speed to their sneakers, Zoom Air is essential! Like Max Air, Zoom Air is typically visible, however, it’s remained performance-focused over the years.

First appearing in the Nike Air Marauder in ’95, Zoom Air uses tensile fibers, which compress and spring back with each step. This brings the most concentrated Air cushioning to date.

The most iconic cushioning in the world, Air has completely changed the sneaker game. Visible Air has brought iconic cushioning to the streets, while keeping athletes at the top of their game by bringing unbeatable cushioning. Nike’s Air Technology is quietly working away for millions of sneakerheads every day…