Keeping up with the countdown to Air Max Day, we’re takin’ a look back at a staple of the Air Max fam; the Air Max 90! A street essential since day one, the iconic sneaker continues to be one of Nike’s bestselling silhouettes – a sneakerhead favourite for nearly 30 years!

Following the success of the Air Max 1 in ’87 and the introduction of visible Air to the world, Tinker Hatfield created the Air Max II in ’89. These sneakers went on to be known as the ‘Air Max Light’ (essentially a lightweight version of the Air Max 1). Hatfield wanted to expand on the design of the Air Max 1, but pressure was high. The Air Max 1 changed the game and expectations where bigger than ever at Nike, especially for the emerging Air Max range…

As Nike entered the ’90s, they found themselves in the unique position of driving sneaker culture through their running shoes. This allowed Tinker Hatfield to be bolder with what would be the third sneaker in the Air Max range. With Air technology now firmly established and accepted, the follow up to the Air Max II would have a chunkier midsole, a sleeker design and even a larger Air window – creating a look that was performance heavy and bold in its design…

The unrestricted emphasis on performance and style gave birth to some of the most recognisable elements of the sneaker. The Air unit to the heel was emphasised, and the midsole made thicker for better cushioning and impact protection. This design gave the sneaker a chunkier look that made it stand out from all the other low-riding runners at the time.

As well as having a pumped-up look, the Air Max 90 had a higher cut, which gave more support for running. This design gave the silhouette a look that was caught in-between the look of a runner and a basketball sneaker – meaning versatile performance. After seeing people switching out their sneakers when going from running to weightlifting, in ’87 Hatfield designed the world’s first pair of cross-trainers, the Air Trainer 1. It was a sneaker for all occasions, and Hatfield brought this versatile convenience to the Air Max 90’s design. 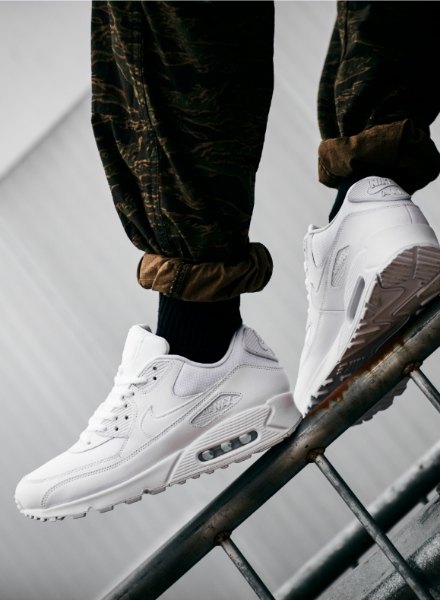 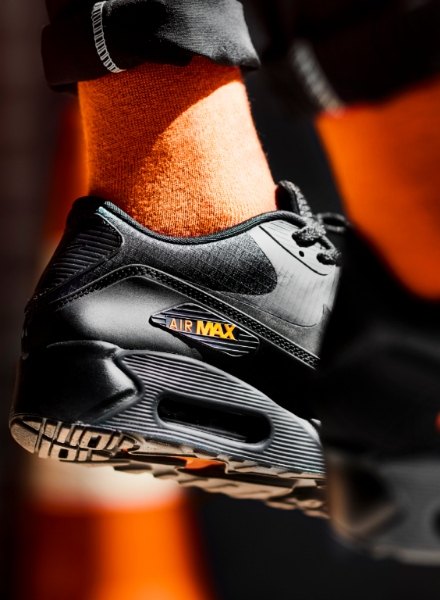 While the look and enhanced performance of the Air Max 90 made it an essential sneaker for both the performance and casual crowd to cop, the now iconic ‘Infrared’ colourway took it to the next level. It consisted of contrasting white, grey, black and red elements, which complemented the sneaker’s aggressive look.

Nearly 30 years since its initial release, the Air Max 90 is one of Nike’s most popular sneakers for so many reasons. The first being that the silhouette itself has changed very little over the years. While there’s been fabric switch ups with Essential and Suede versions, Hatfield’s original design lines are still intact. In the instances where the OG design has been changed drastically (such as the 2006 release), the sneakers got less than stellar reviews from sneakerheads…The OG just works!

Another reason for their staying power is due to their adoption by sneakerheads. While the creps were the first of the Air Max line to bring a truly street-ready look, they were still seen as performance sneakers when they dropped in the ‘90s. As time has passed, and performance sneakers evolved, these creps are now copped to style up the streets. 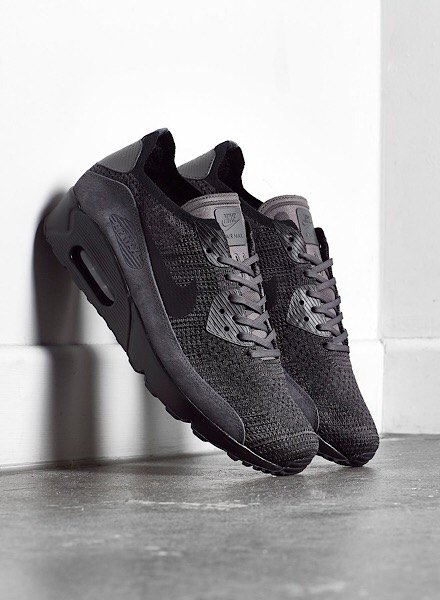 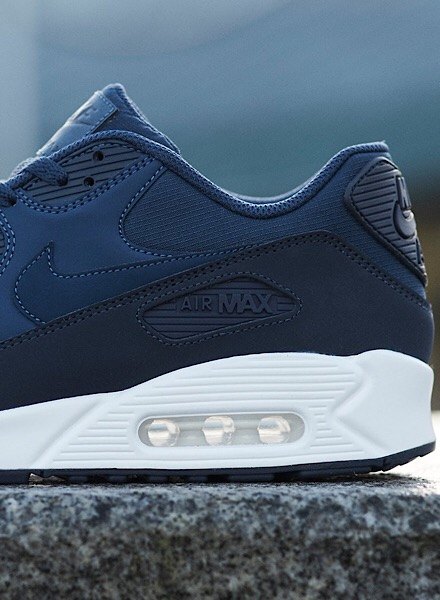 Some of the most iconic sneakers in the world, they’re essentials to cop no matter how you wanna style them.