Six Nations: Week 1 Round Up

The annual Six Nations Championship kicked off at the beginning of February with England looking to become the first nation to win the competition for three-consecutive years outright.

JD Sports recaps the first round of fixtures, which saw England and Wales earn big wins, whilst Ireland snatched victory at the death against France, thanks to a sublime Johnny Sexton drop-goal.

England scored seven tries in a dominant performance against Italy in Rome to run out comfortable 46-15 winners, and get their Six Nations title defence off to the perfect start.

Watson had opened proceedings, scoring two tries in the corner within 11 minutes, following some excellent ball-movement through the backs, before Tommaso Benvenuti gave the Italians a temporary reprieve following a precise looping pass from fly-half Tommaso Allan.

But the Azzurri defence was all at sea when Owen Farrell broke through their backs to consolidate England’s lead going into the break.  After the restart it was Simmonds who exposed the defensive frailties of the home team, exploding through unchallenged from a line-out to re-establish England’s dominance.

Another pinpoint pass from Allan allowed Mattia Bellini the opportunity to score in the corner for Italy and reduce the deficit to 15-27, before tries from George Ford, a second from Simmonds, and Jack Nowel wrapped things up for England.

It means Jones’ side have now won 23 of his 24 matches in charge, whilst the Italians have lost 13 consecutive matches in Six Nations competition. 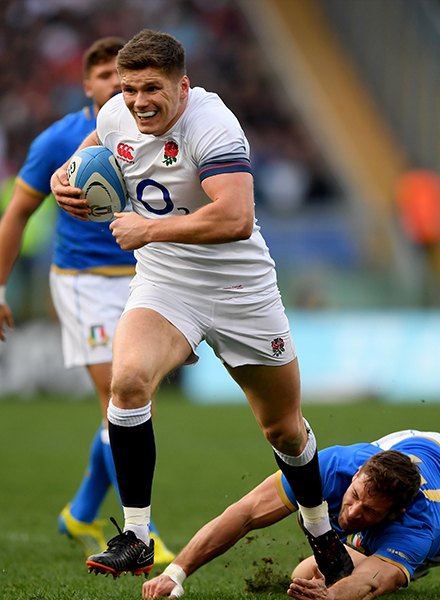 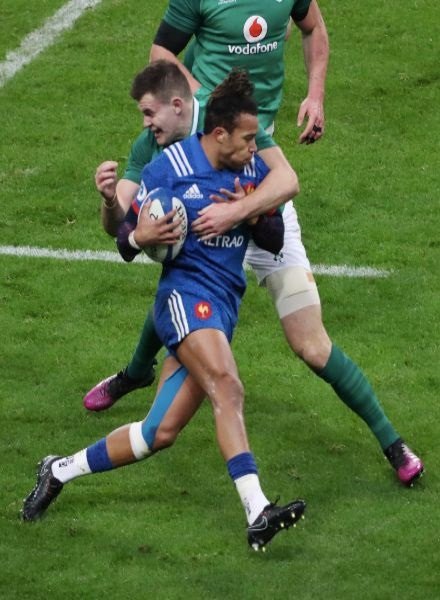 Scotland were surprisingly swept aside 34-7 by an impressive Wales outfit in Cardiff.  An inspiring pair of victories over Australia and a narrow defeat to New Zealand in their preparations had given the Scots optimism ahead of their Six Nations campaign.  And with the Welsh suffering from a spate of injuries, Scotland held a realistic ambition of challenging Wales in Cardiff.

That optimism and ambition subsided once the Welsh scrum-half Gareth Davies intercepted a pass from his opposite number Ali Price, and burst through to send the home team on their way.  Leigh Halfpenny scored the hosts second try on route to his 24 points, adding a second try before Steff Evans piled on further misery for the visitors, who managed a consolation try through Peter Horne.

In the remaining fixture, Johnny Sexton’s stunning last-gasp drop goal from over 40 metres out snatched victory for Ireland, as they edged out France 15-13 in Paris.

Ireland had led Les Bleus 12-6, with all their points coming from their fly-half’s boot, before Teddy Thomas’ converted solo effort nine minutes from time gave the hosts a slender one-point lead.

But after missing a kickable penalty earlier, Sexton made amends with the match-winning drop goal at the death, to rescue Ireland’s bid for Six Nations glory.