England have teamed up with Nike to unveil their new kits for this summer’s tournament in Russia.

Nike have dropped the ice blue sleeves from the home shirt for a more traditional look, whilst the away kit is back in the red and white to invoke the nostalgic feeling of the 1966 World Cup winning outfit.

The design incorporates the three iconic emblems: the three lions badge, a rosette featured on the inside of the shirt (the symbol that adorns the caps received by senior players each time they represent their country), and the St. George’s Cross, which is present on the modern rib collar on the back of the shirt.

The all-white shirt is to be worn alongside navy blue shorts and white socks, with red numbers and lettering in the custom typeface Johnston and Gil Sans, both quintessentially English fonts.

The Nike Swoosh appears in blue, whilst the silver star heralding English football’s greatest triumph sits above the Three Lions crest in silver.

For the away strip, the return to red encapsulates the World Cup dreams achieved by the immortalised 1966 team. The away shirt is dominated by a tonal graphic that depicts a modern St. George’s Cross.

White shorts and red socks complete the iconic look for Gareth Southgate’s men, as they look to make history in Russia. 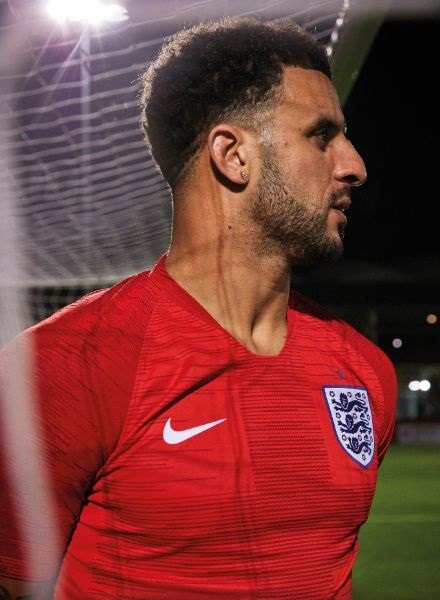 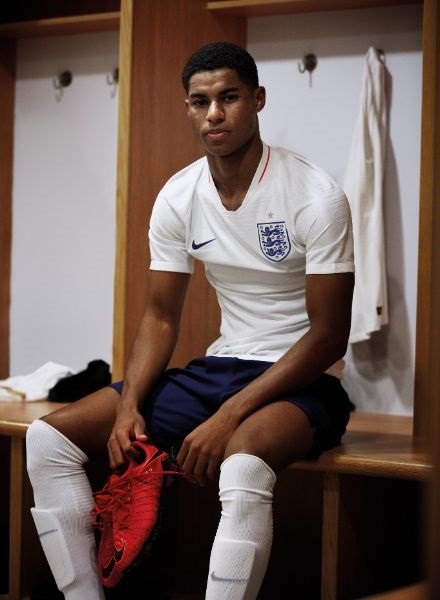 The new home kit was released on the 22 March 2018, ahead of England’s friendlies away to the Netherlands (23 March) and at home against Italy (27 March).  The away kit is set to be available from the 24 May 2018 on the eve of the World Cup, ahead of the Three Lions’ scheduled friendlies at home to Nigeria (2 June) and Costa Rica (7 June).

Register your email address at https://www.jdsports.co.uk/page/england-football-kit/ to be the first to receive a chance to buy the new England Collection from Nike Football.