adidas and grime King Stormzy just announced their fire new collab, the adidas Originals by Stormzy SPRT collection. Coming as the first drop of a series of collabs between the two, the collection is available to shop NOW at JD!

Stormzy’s announcement comes after stacks of good news for the London-based grime artist. Earlier this year, he set up a college fund to send black students to Cambridge University, as well as being the first headliner announced for Glastonbury 2019. The first ever grime artist to take to the Glasto stage as the headliner! 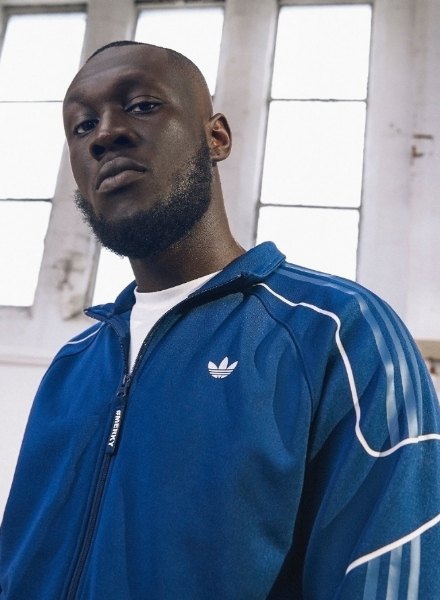 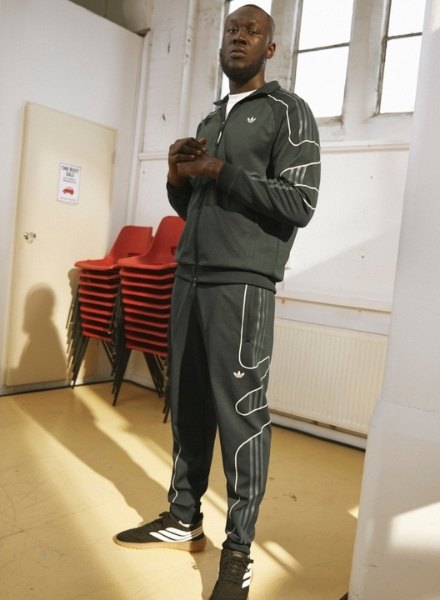 Built to “celebrate and promote urban youth culture and creativity”, the SPRT collection switches up the sportswear norm. Inspired by Stormzy’s London roots, the collection brings the SPRT tracksuit, which lands in a trio of colourways; Core Black, Mystery Ink and JD-exclusive, Night Cargo.

Taking inspiration from adidas’ archives, the track tops and matching track pants rep a printed, Flamestrike design, which nods to adi apparel from the ‘90s and ’00s. They also sport the iconic 3-Stripes to the sleeves and legs for a true adi look. This tracksuit is finished with Stormzy’s signature stamp, #MERKY branding printed to the nape and reverse pocket. 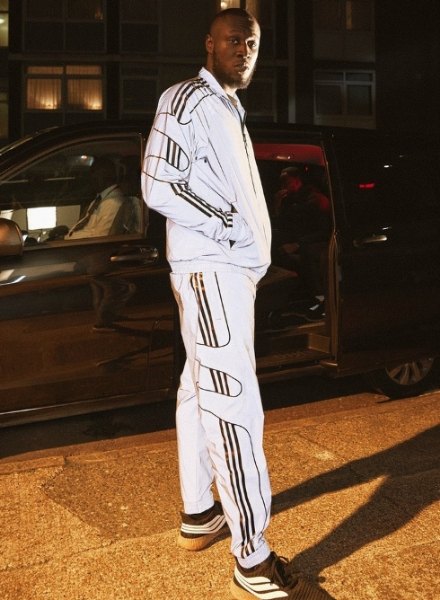 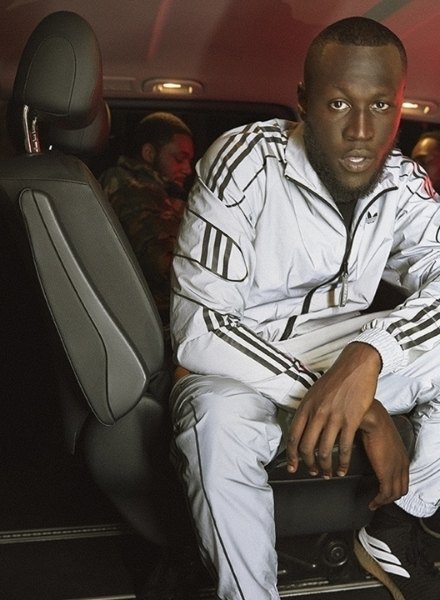 As well as the SPRT tracksuit and tees, this collab takes it next-level, dropping a reflective SPRT Tracksuit. Made from reflective silver fabric, this suit’s a must cop for the ultimate, statement ‘fit. Check out the reflective Track Top and Track Pants now.

Not only for the guys, Stormzy’s gf and Radio 1 DJ, Maya Jama has been spotted slaaaayin’ in the reflective suit. 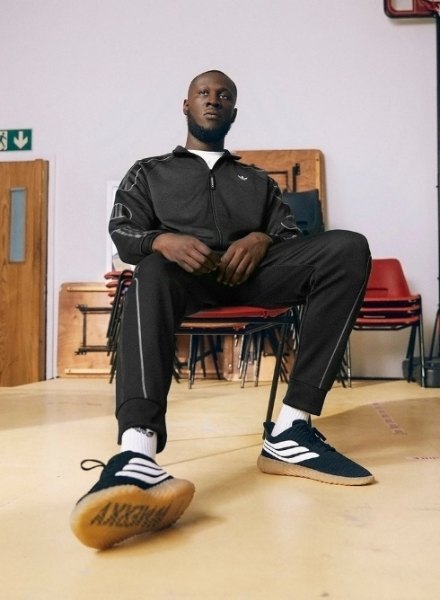 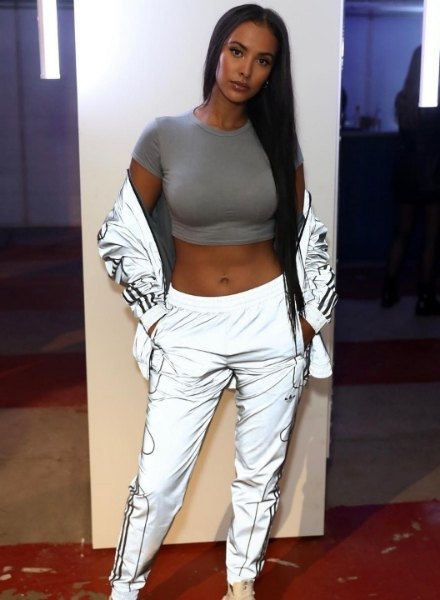 Shop the entire adidas Originals by Stormzy collection on site now. Don’t sleep on this. Move fast before it’s gone.