Showing no signs of slowing down anytime soon, Jordan are following up the latest drop of Jordan x PSG apparel with a fresh take on the Air Jordan 6 Retro.

Showcased to sneakerheads at House of Jumpman during Paris Fashion Week last month, the Air Jordan 6 ‘PSG’ takes the iconic collab beyond the pitch. This instant icon is set to land @ JD 27.07.19. 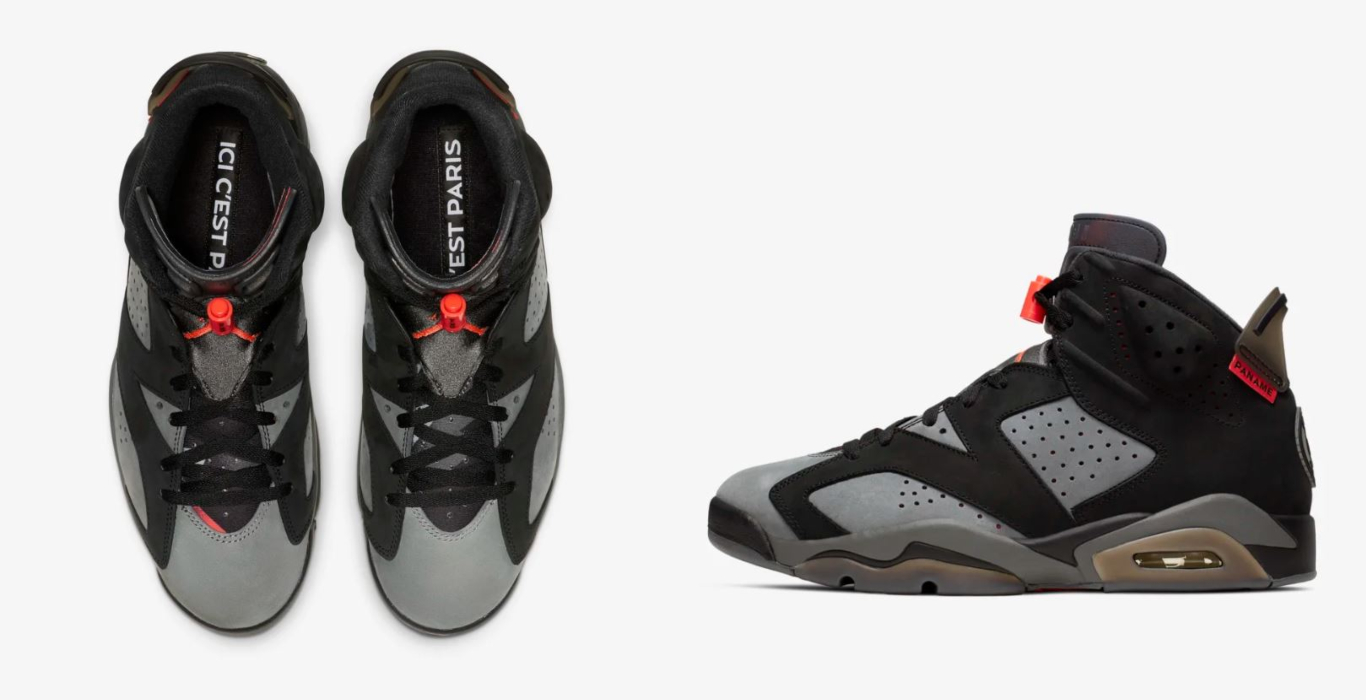 First released in ’91, the iconic silhouette was created by designer and Nike-legend, Tinker Hatfield. It takes inspiration from Jordan’s impressive collection of German sports cars, giving it a fast yet sophisticated aesthetic.

When Michael Jordan won the first of his six NBA Championships, he was reppin’ the Air Jordan 6. After finishing on top of the East Conference, the Chicago Bulls stormed to their first ever NBA Finals to set up what would be an iconic clash with the Los Angeles Lakers. The Finals saw MJ and Magic Johnson go toe-to-toe, with the Bulls ultimately capturing their first ever NBA Championship in a 4-1 series victory, ending the Lakers’ Showtime Era and displaying the iconic Air Jordan 6 sneakers on the biggest stage in basketball. 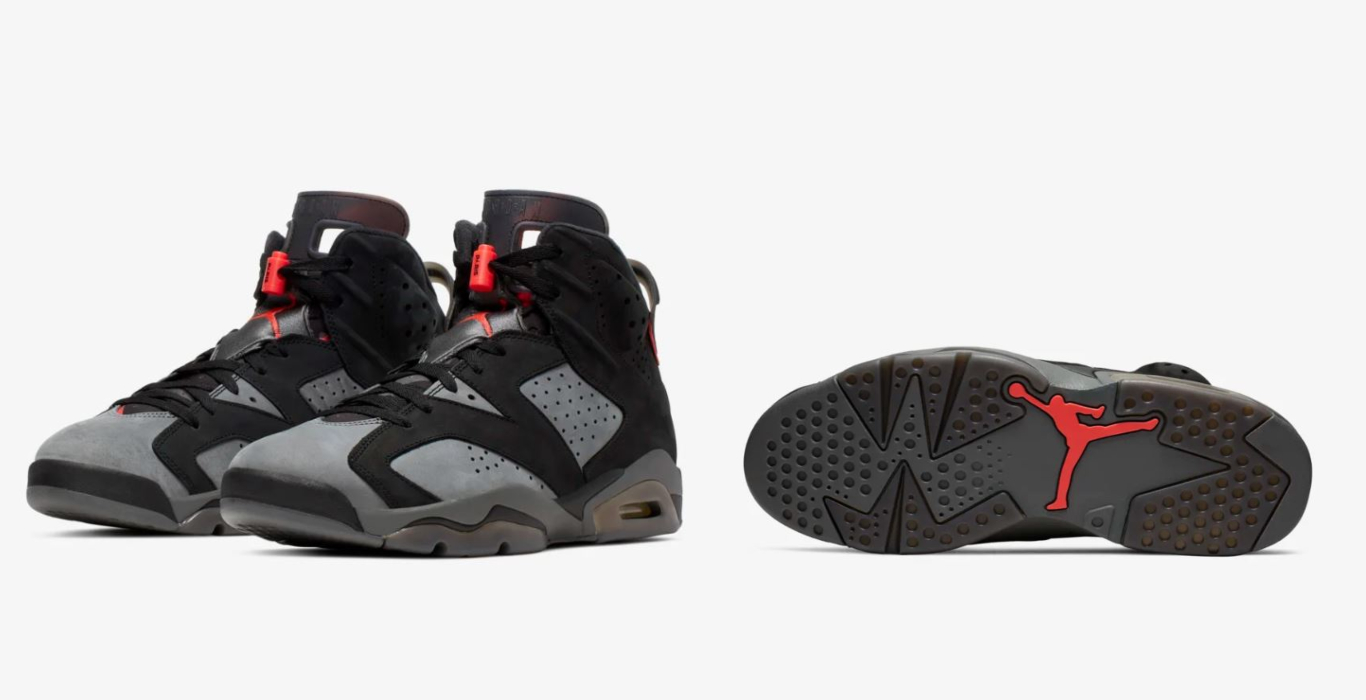 Revealed earlier this year, the Air Jordan 6 ‘PSG’ has been a long time coming but guarantees to go off when it launches.

Coming as the second capsule of collaborations with the legendary Parisian club, this special-edition silhouette is built with a premium nubuck upper. These sneaks combine hues of Iron Grey and Black in a colour block style, with overlays that nod to the shirt patterns.

In true Jordan style, these sneakers sport hits of Infrared 23, including ‘Paname’ branding to the sidewalls, which is another term for ’Paris’ used by locals. They feature the legendary PSG club crest to the heel and are finished with the Jumpman logo to the tongue and ‘ICI C’EST PARIS’ to the sockliner, standing for ‘HERE IS PARIS’.