One of Nike’s most iconic sneakers returns with more throwback style than ever. The Air Max 95 OG is coming to JD in the ‘Solar Red‘ colourway!

Inheriting the standout Air Max 90 colourway created a buzz around the Air Max 95, but it was the look of the sneaker itself that made it one of Nike’s most popular silos of the past 20 years. Looking to the future, Nike wanted to move away from the Basketball creps that had dominated the ’90s and freshen up the sneaker scene with more standout running silhouettes.

Sergio Lozano was put in charge of creating Nike’s new running silo. A big switch up for the designer who had previously been working on an outdoor range, he looked for advice from Nike’s sneaker specialist, Tinker Hatfield. Hatfield emphasised that every sneaker’s design needed a story behind it, inspiring Lozano to design the 95 based on the human body. 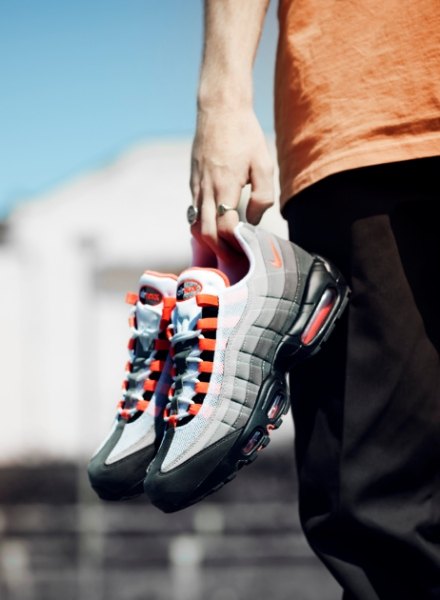 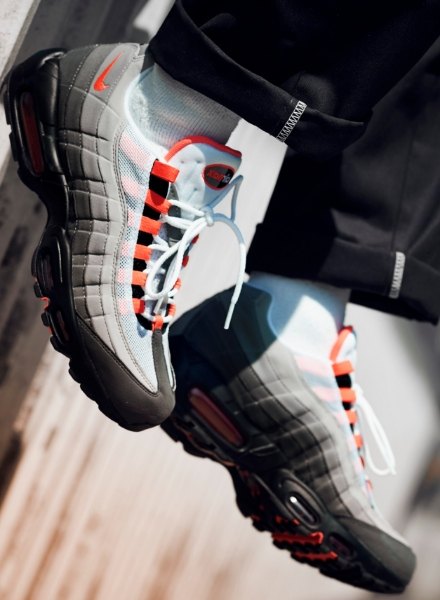 This anatomy inspired design can be seen clearly on the revived ‘Solar Red’ edition. The red lace holds represent the rib cage, while grey layering to the sidewalls resembles the layering of muscle fibres. The Air Unit filled midsole offers the most support and is the foundation of the kick, and is therefore the spine. The unlikely design inspo helped to create one of the most memorable Nike sneakers ever, worthy of reppin’ the Swoosh of approval.