The 2022 UEFA Champions League quarter finals got underway last week with the first leg ties, and they didn’t disappoint!

There was shock results, dodgy defending and some special goals thrown in too, but how will each team fair in the crucial second leg this week? Stay locked in as we’re breaking down each fixture and who’s lookin’ likely to book their spot in the semis.

Before we run through each tie, have you been showing your support this year?! Whether your team has made it to the knockout stages, or you’re ready to rep it like the pros on the pitch, check out our mega range of football shirts.

If the old-school kits are more your thing, we’ve got you covered too with our retro shirts guide right here at JD…

The biggest shock of the first leg came from Villarreal, who beat German giants Bayern Munich 1-0 at the El Madrigal. The goal came inside the first 10 minutes from the home sides only shot on target in the match.

Some neat and tidy work between Giovani Lo Celso and Gerard Moreno down the right flank led to the ball being pulled back from the by-line, where Dani Parejo’s shot fell into the path of former Bournemouth forward Arnaut Danjuma, who stabbed home from close range. 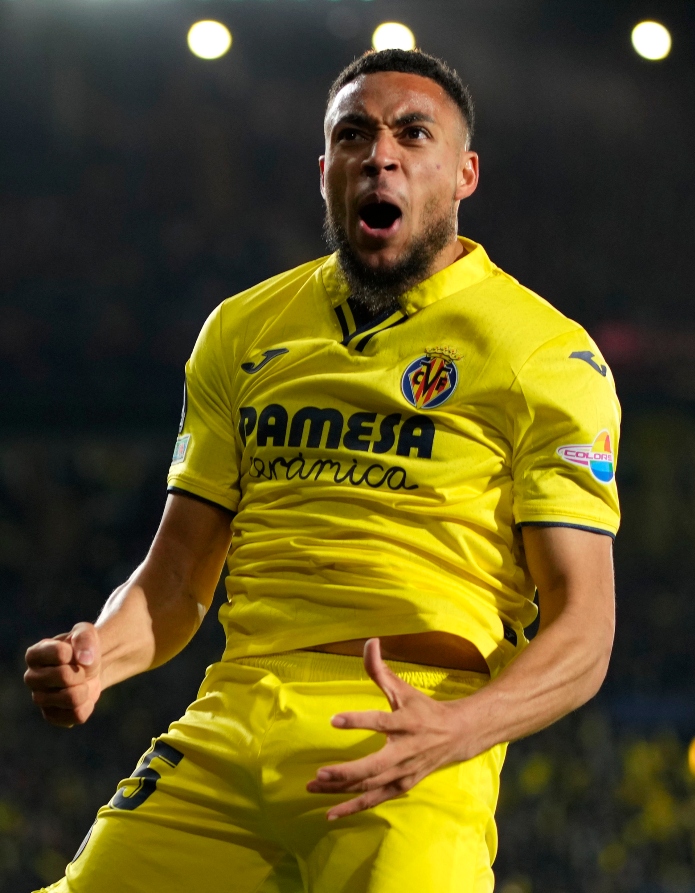 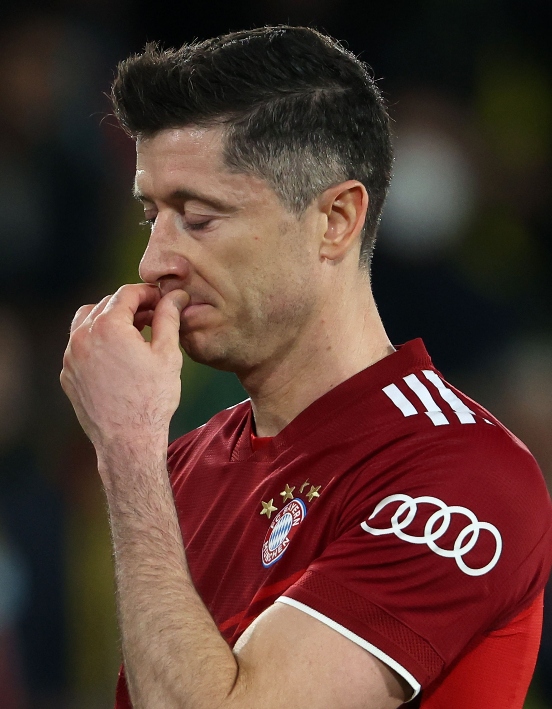 It could have been even better for the Spanish side when ex-Arsenal midfielder Francis Coquelin’s cross flew over Manuel Neuer and in, but it was rightly ruled out for offside. A long-range effort struck the post in the second half as well. Will Villarreal rue not scoring more when they head out to Germany this week?

Bayern Munich had the bulk of possession and plenty shots but could not find that valuable equaliser. It means they head into the second leg with plenty of work to do. Unai Emery’s side will have something to hold on to and they will be tough to break down. Can the likes of Robert Lewandowski, Thomas Muller and Kingsley Coman turn things around? We’ll see on Tuesday…

Real Madrid take a 3-1 aggregate lead into their second leg with Chelsea after a sublime Karim Benzema hat-trick left Thomas Tuchel and his team with an uphill battle to reach the semis.

The current champions of Europe could do absolutely nothing to stop the Frenchman when two stunning headers in quick succession left them reeling.

The first goal was quite sublime. A quick one-two between Benzema and Vinicius Junior put the Brazilian through down the left-hand side. Benzema continued his run into the area and Vinicius picked him out with a pin-point cross, with the Frenchman guiding his header past a helpless Edouard Mendy.

3 minutes later, it was two. Luka Modric with a first-time whipped cross and Benzema, craning to reach it, managed put it back across goal into the far corner, giving the keeper no chance.

With 5 minutes to go in the first-half, Chelsea pulled one back. Kai Havertz turning Jorginho’s curling cross beyond Thibaut Courtois to give the Londoner’s some hope. But, that was quickly dashed at the start of the second-half when Benzema completed his hat-trick after a Mendy error.

Chelsea have it all to do when they make the trip to the Santiago Bernabau on Tuesday. A two-goal deficit won’t be easy to overturn with Real Madrid in red-hot form. Plus, with the likes of Vinicius, Benzema, Bale and Valverde, you’d back them to score more. It’s going to be a tough night for the defending champions.

A resolute defensive performance from Diego Simeone’s men still wasn’t enough to avoid defeat against Pep Guardiola’s relentless Manchester City. After 70 minutes of stubborn resistance, it was that man Kevin De Bruyne once again who finally broke the deadlock.

Substitute Phil Foden picked up the ball just outside the area and, with 5 opposition players around him, looked like he had nowhere to turn. But an incisive pass through the legs of Mandava played in KDB, who slotted past Jan Oblak for the lead. 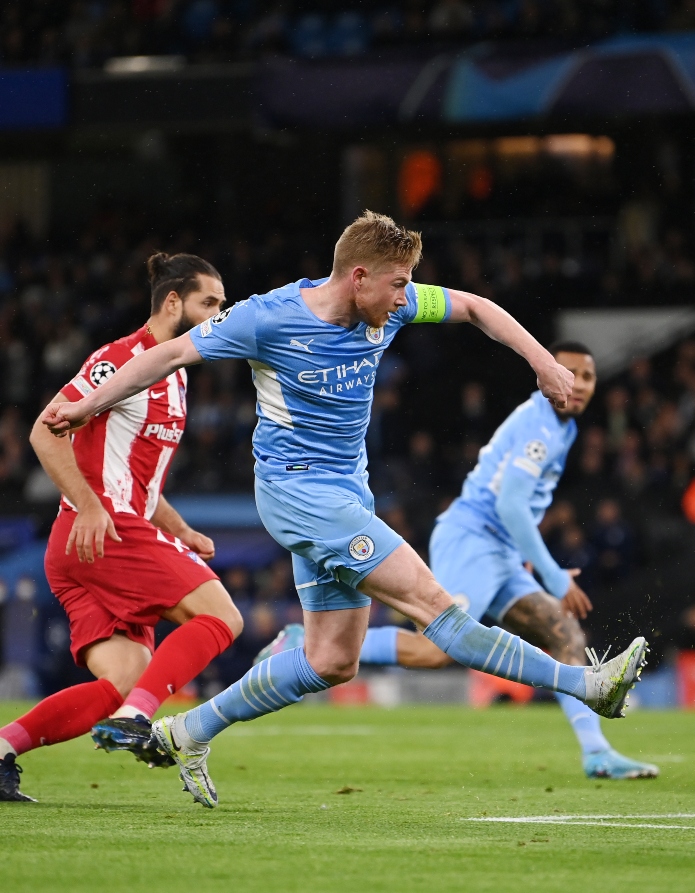 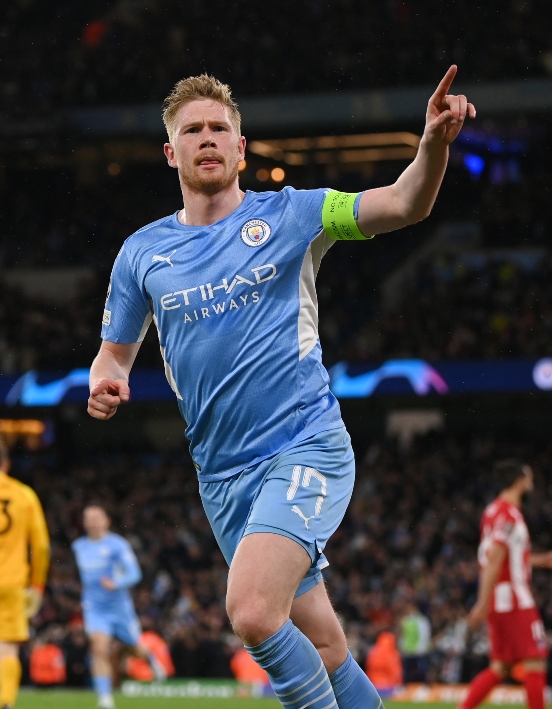 City now have one foot in the next round and the lead will mean Atletico have to come out and attack in the return leg, which will play right into the hands of the Sky Blues.

Finally, Liverpool play host to Benfica on Wednesday night, with Jurgen Klopp and his side taking a 3-1 advantage into the second leg at Anfield.

The first goal was pretty routine for Liverpool. Andy Robertson’s corner was put into the mixer and Ibrahima Konate rose tallest to plant his header past Vlachodimos in the Benfica net. Sadio Mane added a second in the 34th minute. Luis Diaz with an unselfish header to play him in for a tap-in after an exquisite cross-field pass from Trent Alexander-Arnold.

Benfica pulled one back through Darwin Nunez just after the break. Goal scorer Konate failed to clear a cross and Nunez buried the finish confidently past Allison. A good Benfica spell followed but they were unable to find an equaliser.

Liverpool strengthened their advantage with 10 minutes to go when Luis Diaz rounded the keeper to secure a 3-1 win. It puts the Reds in a strong position when the two meet at Anfield this week. Benfica’s big hope will be that Jurgen Klopp heavily rotates his team with an FA Cup semi-final against Manchester City coming up. But even then, it’s a big ask.

With the games set to be played out on Tuesday 12th and Wednesday 13th April, who do you think will advance to the semi-finals and who will be knocked out? Let us know and make sure you’re locked into @JDFootball for all the latest!