Gareth Bale scored an excellent individual goal to show Real Madrid there is life after Ronaldo, whilst the Juventus forward still searches for his first Serie A goal. Here is a look at some of the best performances from around Europe:

GK Roman Bürki (Dortmund) – Die Borussen opened their Bundesliga campaign with an emphatic 4-1 win against RB Leipzig, but that wouldn’t have been possible without their Swiss keeper. After conceding in the opening minute, Bürki made a string of fine saves to give Dortmund a platform to start their season on a positive note.

RB Sergi Roberto (Barcelona) – His cushioned header set up Ousmane Dembélé for Barça’s winner. Roberto is proving to be a valuable commodity for La Liga’s champions, having played in midfield last week before returning to right-back in the Blaugrana’s back-to-back wins.

LB Marcelo (Real Madrid) – Another commanding display from the Brazilian full back, who was at the heart of everything good that came down the left side for the European Champions. 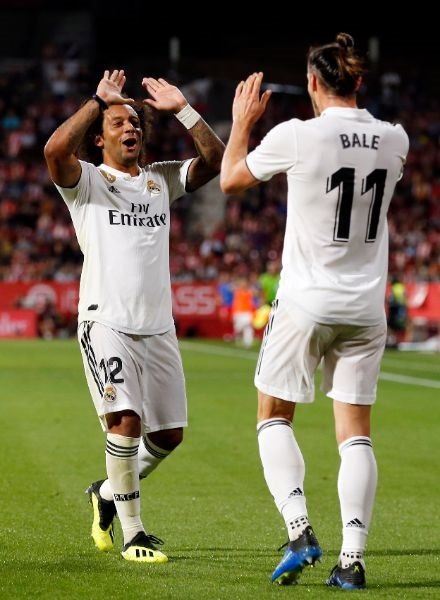 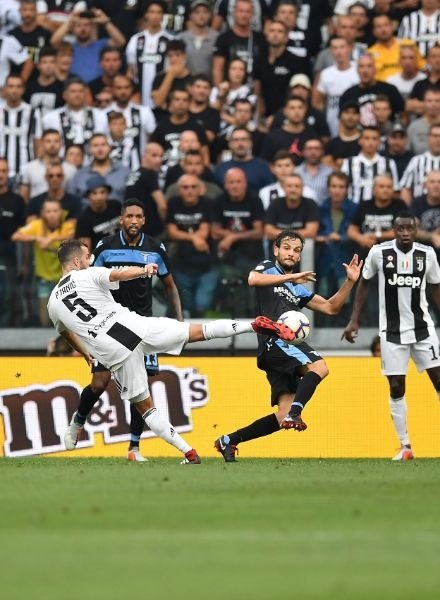 CM Miralem Pjanić (Juventus) – Pjanić may have passed on the free-kick duties to Cristiano Ronaldo, but that doesn’t mean he won’t appear on the scoresheet. Especially if last weekend’s home game to Lazio is anything to go by. His long range volley showed superb technique to open the scoring in the Bianconeri’s win.

CM Piotr Zieliński (Napoli) – Carlo Ancelotti’s Napoli came from 2-0 down to beat AC Milan 3-2, thanks to a late winner from Dries Mertens off the bench. However, the man that made it all happen was Zieliński. Filling the void left by Jorginho, the Polish international scored a superb brace to drag his team back into the game.

CAM Bertrand Traoré (Lyon) – With supreme composure in the final third, Traoré elegantly scored his second goal in three games to secure Lyon their second win of the campaign.

LF Gareth Bale (Real Madrid) – The Welshman has big boots to fill now Ronaldo has left Madrid, and Bale showed he’s up to the task, scoring a goal that displayed his pace, technique, and composure.

CF Antoine Griezmann (Atlético Madrid) – There is no World Cup hangover for Griezmann. After setting up Angel Correa’s goal away to Valencia, the PUMA Future striker secured Atlético’s first win in the league against Rayo Vallecano.

RF Kylian Mbappé (PSG) – Mbappé has brought his scintillating form from Russia to PSG. Following a superb brace last week, Mbappé was again the main man in the French capital. He scored a superb volley and gifted Neymar a goal with a simple cut back. But aside from the end product, Mbappé’s performance was box office. *Player of the Week