Did you catch the official airing of our 2020 Christmas TV ad last Friday? Wanna cop the heat? Well right here, we’ve got you covered. ❄️❄️

Bigger and better than ever, we’ve brought the ultimate Winter wonderland to life and to help us out, we’ve recruited an all-star line-up of some of the biggest names in music, sport and more! If you’ve not already tuned in to our brand new Christmas Ad, check it out now!

Like what you see and wanna’ pick up some heat? Stay locked in for the low down on each celeb’s looks. 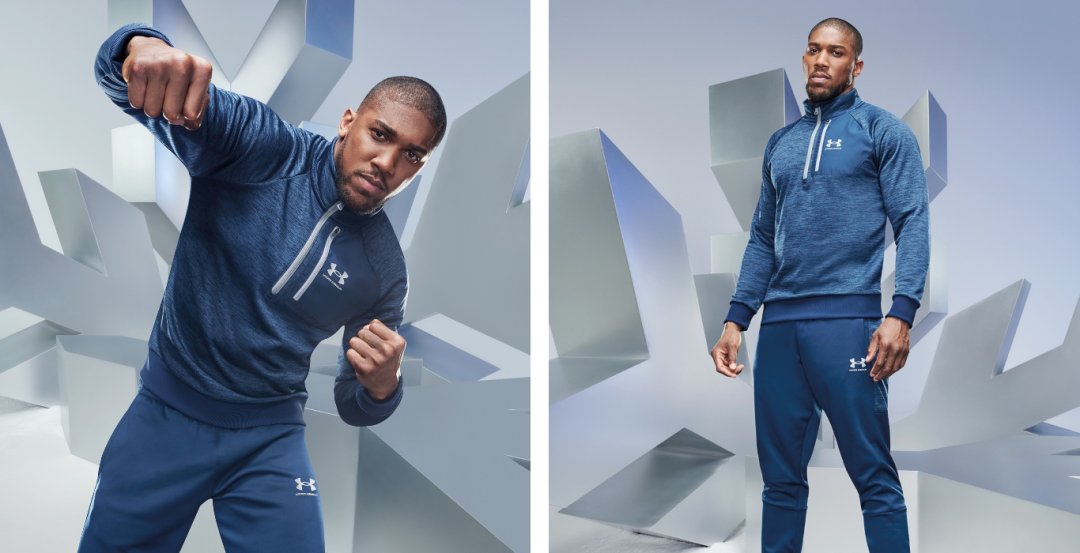 Anthony Joshua in Under Armour

Two-time unified heavyweight champion, our guy Anthony Joshua makes waves both in and out of the ring. From off-duty days to intense training sessions, he’s gearing up in the latest from Under Armour. 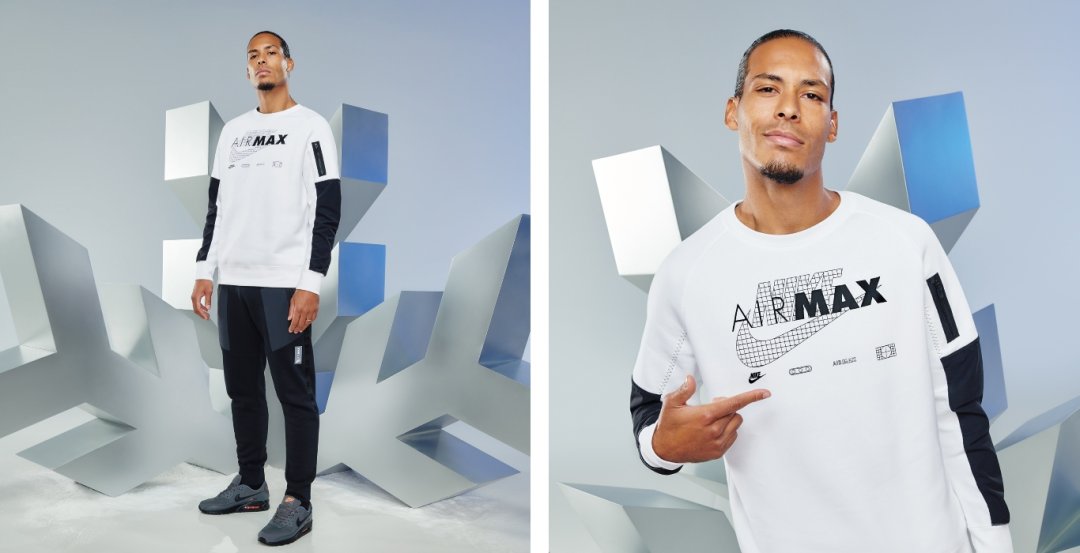 Undoubtedly one of the best central defenders in the world, Liverpool’s main man, Virgil Van Dijk has won a Premier League and Champions League since moving to Merseyside.

Starring in our Christmas ad, you’ll catch him layering up in some iconic Nike Air threads – finished up with an old-school icon, Nike’s Air Max 90. 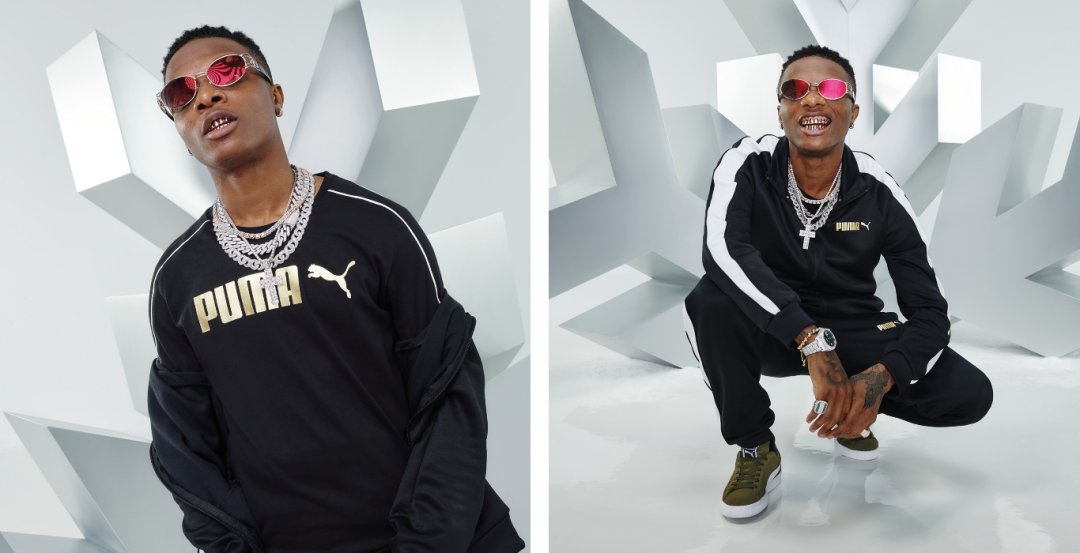 Nigerian starboy, Wizkid has made a name for himself as one of the go-to artists around. In the last few years he’s appeared on tracks with Drake, Beyoncé and loads more.

The Afrobeats king is wearing loud looks from PUMA. Styled with layers of chains, he’s wearing PUMA’s most iconic kick, the Suede Classic, paired with a matching tee, track top and track pants. 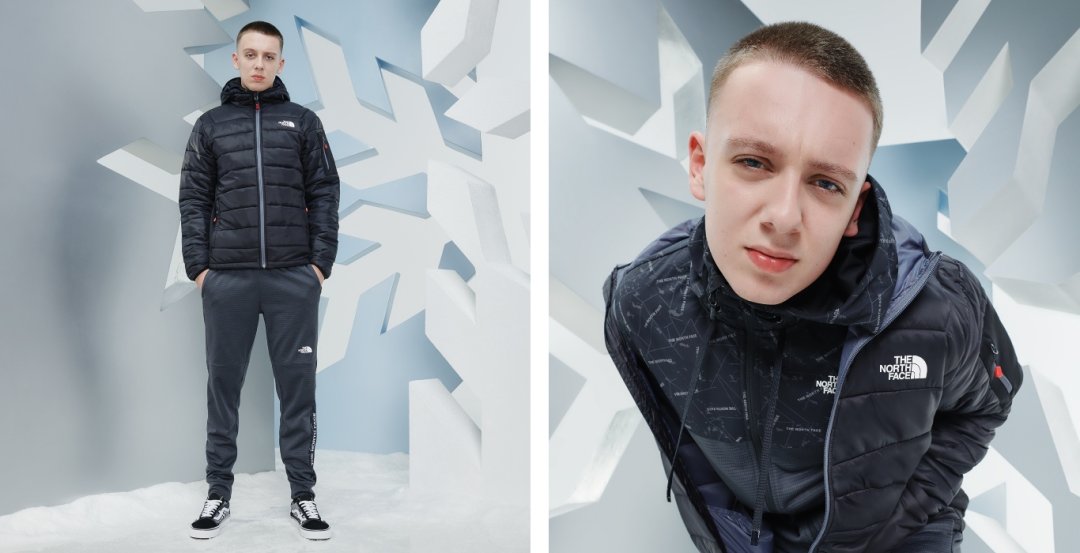 Aitch in The North Face

Dubbed Manchester’s next big thing, rapper Aitch has been blowing up since 2019. Back for round 2 in our Christmas TV ad, Aitch is layering up in new season heat from The North Face.

Ready to take on the elements, his look is all about layers. He’s steppin’ out in track pants and a hoodie, taking heat up a level with the Aconcagua Hybrid Jacket. 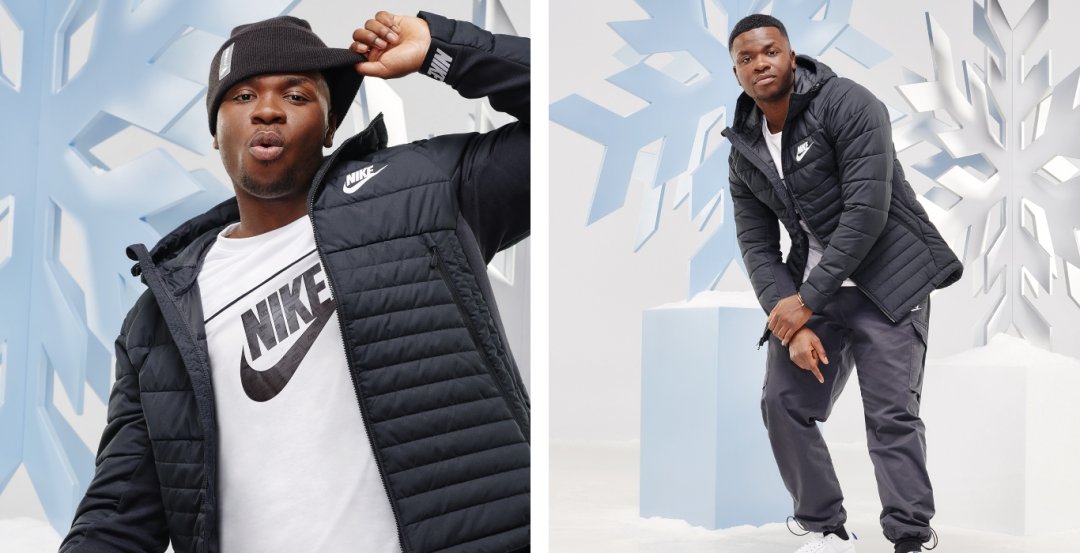 Michael Dapaah’s Big Shaq ‘Fire In The Booth’ is still one of the funniest things to ever happen on the radio to this day and his YouTube series ‘Somewhere In London’ is an internet phenomenon!  A naturally gifted comedic writer, Dapaah always looks ‘lit whatever he’s doing.

Prepped for the cold weather seasons, Dapaah is wearing all Nike err’thing. He’s reppin’ the Swoosh in a street-ready look, finished up with a cosy beanie and the ’82 OG, Nike’s Air Force 1. 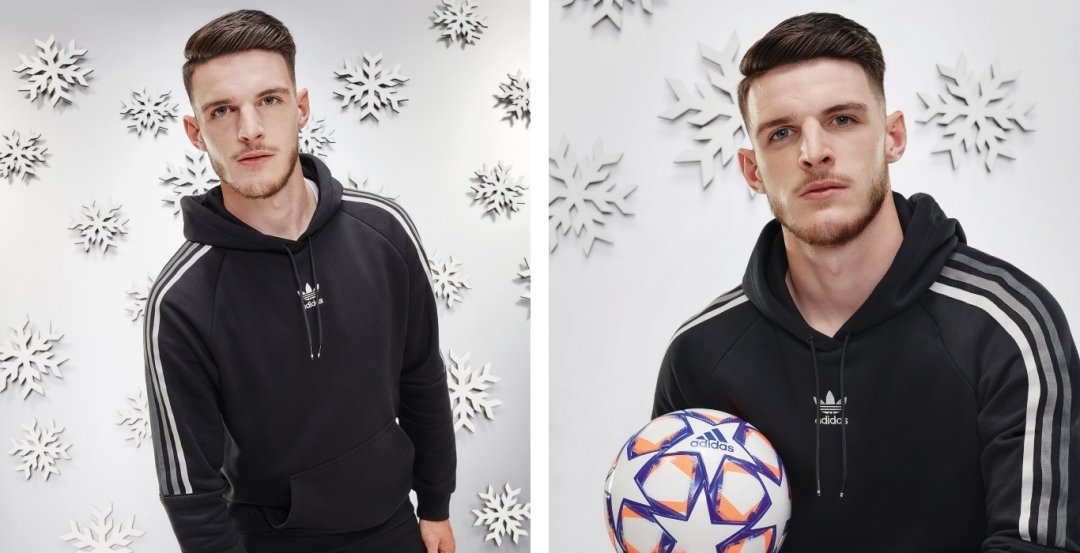 A vital part of the West Ham team, Declan Rice is quickly becoming integral to Gareth Southgate’s England set-up. Still only 21, Rice has got all his biggest years ahead of him.

Appearing in our Christmas ad in untouchable Trefoil style, Rice is sporting adidas‘ 3-Stripes from head-to-toe. Even better? It’s exclusive to JD. 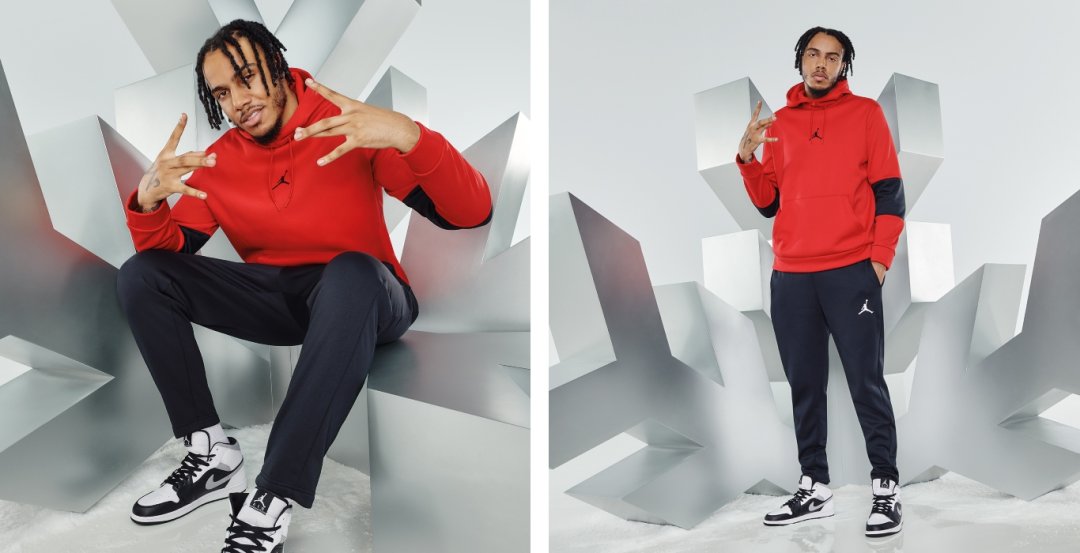 Almost no-one is doing it bigger than AJ Tracey right now. In the last year, the Ladbroke Grove rapper has gone global and his Xmas style is straight out of Chicago.

Lacing up in an iconic kick, he’s reppin’ the Jumpman in this Therma Hoodie and Track Pants combo from Jordan– designed to keep you warm in the coldest conditions. 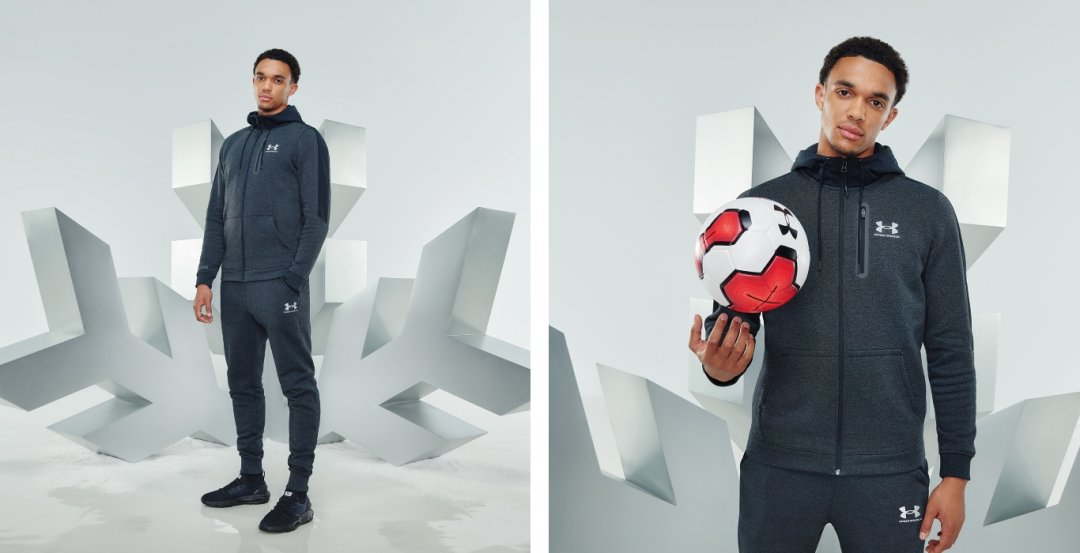 Trent Alexander-Arnold in Under Armour

Liverpool and England’s superstar right-back has made a name for himself as one of the most exciting young prospects in world football over the past two years. In that time, he’s won a Champions League and a Premier League trophy – and he’s still only 22.

Always teaming up with Under Armour, Trent’s stepping into our TV ad in a Threadborne suit and UA’s HOVR Phantom kicks. Check it out!

Whether you’re lookin’ to refresh look for the new season, or are looking for Christmas gift ideas, our TV ad is bringin’ some serious inspo. ❄️