Over the past few months, things got real heated at our very first JDX Esports event. With a series of qualifiers and finals, only the best of the best had the chance to WIN. And with the ultimate prize up for grabs, things got tense!

Now the JDX champions have been crowned, we’re taking five to look back over what went down during the event! From sign up right up to the final, get the inside scoop right here…

Kicking Off the Games

Back in June we spread the word to all gamers that we was planning to host gaming tournaments for Fortnite, FIFA and Rocket League. Getting involved was super easy, with sign up for the qualifier stages available via the JD app!

The first round took place in not one, but two heats – 26th July at Westfield Stratford City shopping centre, London & 31st July at the intu Trafford Centre, Manchester.

Each event was packed out with gamers, each wanting to earn a spot in the semi-finals. Not just drawing in a crowd of gamers, each heat was attended by some of the biggest influencers, both in and out of the gaming world.

Down in London, gamer and YouTuber CazGirl (@cazgirl_plays) got in the zone, showing us what she does best. Sneakerhead Tirso (@tirso.remirez) repped a full Nike ‘fit, and came to Westfield to join in the competition, while JD-ambassadors Abbi Holden (@abbiholden_) and Joe Price (@joepricee) hit up the Trafford Centre in the North. 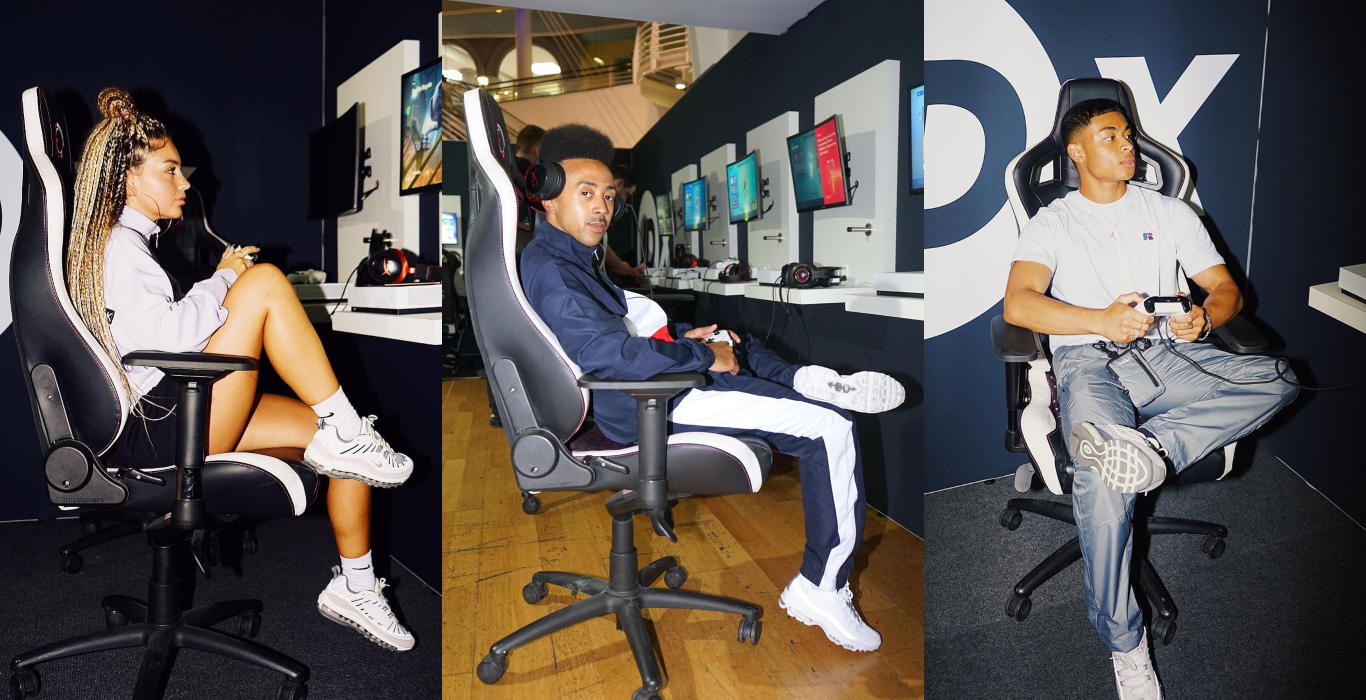 Only 36 entrants progressed to the semi-finals, which took place 3rd August at Salford’s MediaCityUK Dock10. The space was kitted out with its own gaming experience for the semi-finalists and finalists to battle it out. Not just for gamers, spectators could get involved too! With everything from retro arcades to gaming simulators, there was loads going on.

The Esports event saw performances from football freestylers and BMX masters, which got everyone hyped up and ready for the rest of the tournament!

Not only packed out with the elite-level gamers, some of the biggest influencers in gaming came down to support and show us their skills too! Sporting head-to-toe JD, the likes of Elz (@elsthewitch), Tomi Adebayo (@gadgetsboy) and FIFA Esports commentator and host, Brandon Smith (@bsmith_esports) all got stuck in.

After a full day of gaming, including the semi-finals and finals, it was finally time to crown the JDX champions! The FIFA 2019 Champion was announced when Ibrahim Mohammed emerged victorious in the final game!

Following Ibrahim’s victory, Rocket League team ‘The Late Ones’ took the title of JDX Rocket League champions. Last but not least, Joshua Lopez stepped up to the plate to put on a show, before being crowned JDX Fornite Champion.

With Kyle Walker (@kylewalker115) leading the celebrations, Ibrahim, Joshua and The Late Ones all came away with medals, oversized cheques and the best prize of all, a trip to Las Vegas for the ultimate Esports training experience!

Gutted you missed out? Don’t worry! We’re getting prepped for our next events, so stay locked in to the JD App for updates! Download the app here.

How to Style the adidas Originals Ozweego