What a night of action! In front of a packed Madison Square Garden in New York City, Katie Taylor and Amanda Serrano battled it out for the undisputed lightweight crown, making history for women’s boxing.

Taylor beat Serrano with a split decision win to defend her titles and secure her place among the legends of boxing. After a fight full of heart and grit, the Irishwoman did enough on two of the three judges’ scorecards, winning by 97-93 and 96-93 margins, with the other scoring it 96-94 in Serrano’s favour.

With action in and out of the ring across an incredible week in the Big Apple, here’s the full run down on everything that happened…

One for the History Books

Before the main event took the ring, the night’s undercard featured more gutsy, hard-fought bouts as Liam ‘Beefy’ Smith stopped Jessie Vargas in the 10th round of their fight for a 31st professional win in his career. While Franchon Crews-Dezurn became the undisputed supper-middleweight champion as she beat Elin Cederroos comfortably by points.

The anticipation for the big fight was building, and after the ring walks, Taylor and Serrano got straight into it.

The Puerto Rican looked to dominate the tempo in the opening rounds, while Taylor relied on her lightning-quick reactions to counter at speed.

Taylor’s tactics created the more telling blows until the fifth, where Serrano pinned her in the corner, firing off heavy shots to the head of her opponent, drawing blood.

Katie’s response was to work the fight back into the centre of the ring, but a continued onslaught from Serrano had Taylor close to a stoppage.

Surviving the round, Serrano backed it up with another combo of hooks in the sixth, before taking her foot off the gas in the seventh. 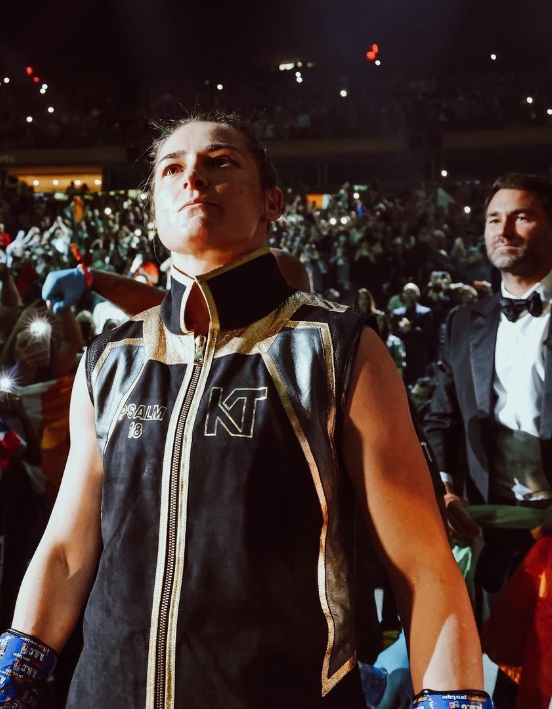 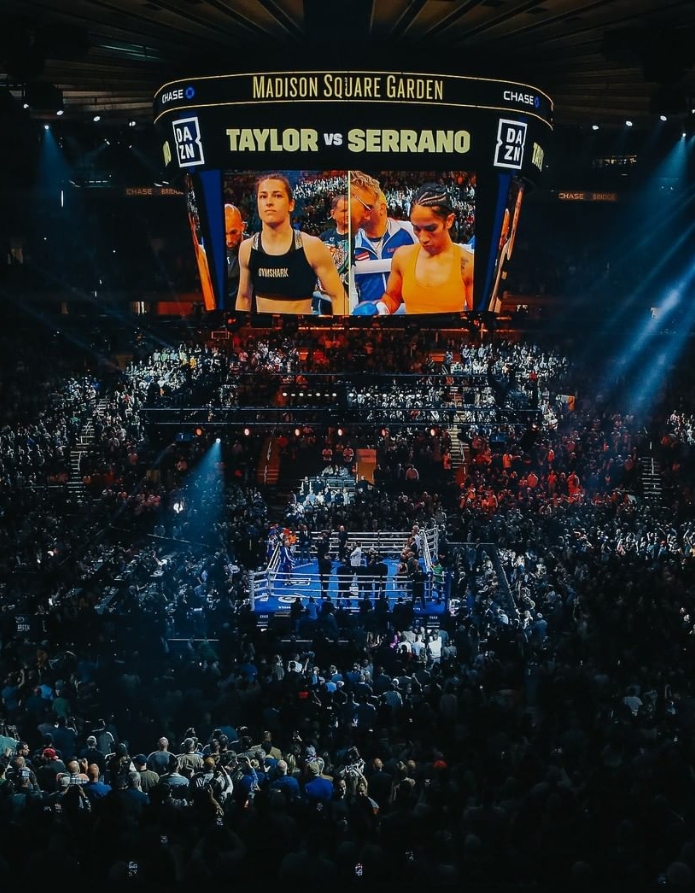 With just three rounds to go, the challenger was eager to stamp her authority in the eighth round, but a revitalised Taylor manoeuvred her way out of any corner she was forced into.

Now it was The Bray Bomber’s turn to take the initiative in the championship rounds, despite Serrano throwing everything she could, Taylor responded clinically, taking it into the final round…

And what a round it was! With barely anything left in the tank, the pair showed unbelievable strength, determination and true will to win, trading shots in the middle without any sign of defence.

The two saw out the final bell in what lived up to be the greatest fight in women’s boxing to date.

With the packed crowd on its feet in appreciation of what they just witnessed; women’s boxing has now made the jump to the next level. Appealing to an even bigger fanbase than before, Taylor and Serrano II could be on the cards… 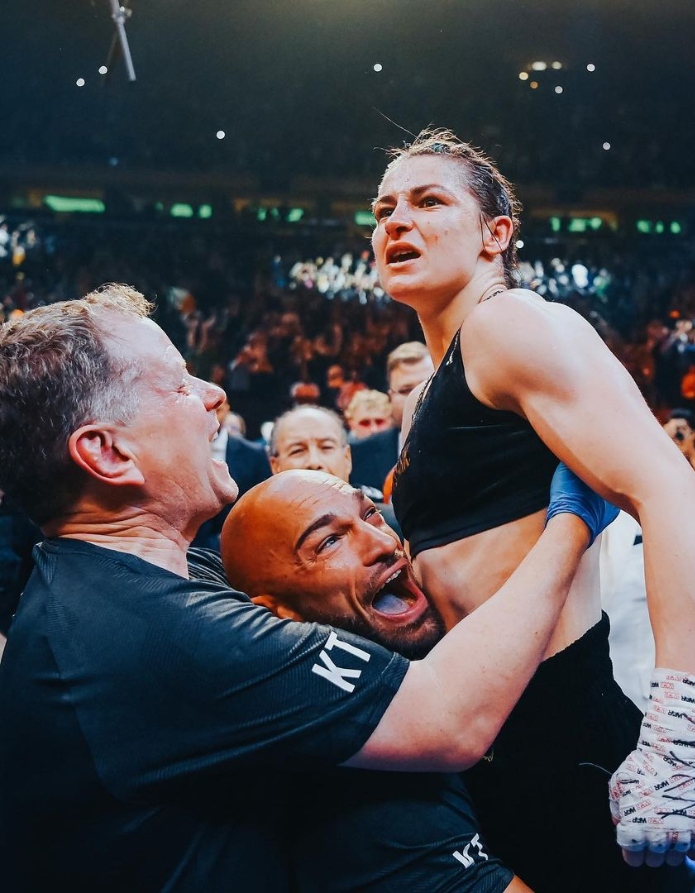 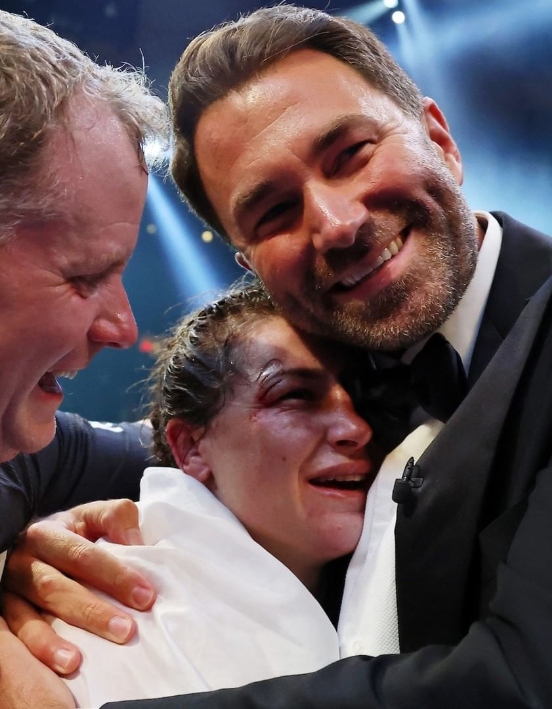 Ahead of one of the most anticipated fights in years, we got together some of our faves, including Hemah (@hemah_k), Zeze Millz (@zezemillz), Tristan Jones (@_tristanjones) and Zak Srakaew (@zakyeah), flying them out to New York City to take it all in.

After touching down on the other side of the Atlantic, they checked into their hotel in the heart of city, before takin’ snaps at some of NYC’s most iconic spots.

Not stoppin’ there, they also headed down to our flagship JD store over on Broadway, where we put their style to the test. Challenging them to pick out looks for each other, our team checked out the latest and greatest kicks and ‘fits we had to offer! With some serious heat on show, what are you ratin’ these ‘fits?!

Followin’ an unforgettable day in the city that never sleeps, our crew got ready to take on the night, starting at the stunning PHD Terrace.

Fight day was finally here! With just hours away until the epic event, we sent our crew down to the legendary Gleason’s Gym in New York to get into the full boxing spirit.

Founded in 1937, Gleason’s Gym has seen some of the best fighter, such as Muhammad Ali, walk through the ropes and put on a clinic for the media, fans and other trainers.

To learn more about how big of a deal the event was, former IBO Heavyweight champ Sonya Lamonakis gave our crew an educational about women’s boxing.

Keen to learn more about what it takes to get in the ring, former WBO Featherweight champion Heather Hardy put them through their paces. Having shared the ring with Amanda Serrano before, she was givin’ our JD crew a lesson on how to channel their inner Katie Taylor.

The time had come. After an unreal time checking out what NYC had to offer, our crew made their way over to the Mecca of boxing, Madison Square Garden, for a night they’ll never forget.

Sat just a few rows from the ring, they were showin’ their love for the home girl Katie, as the fighters set the night alight!

Witnessing greatness, check out the team at the event right here… 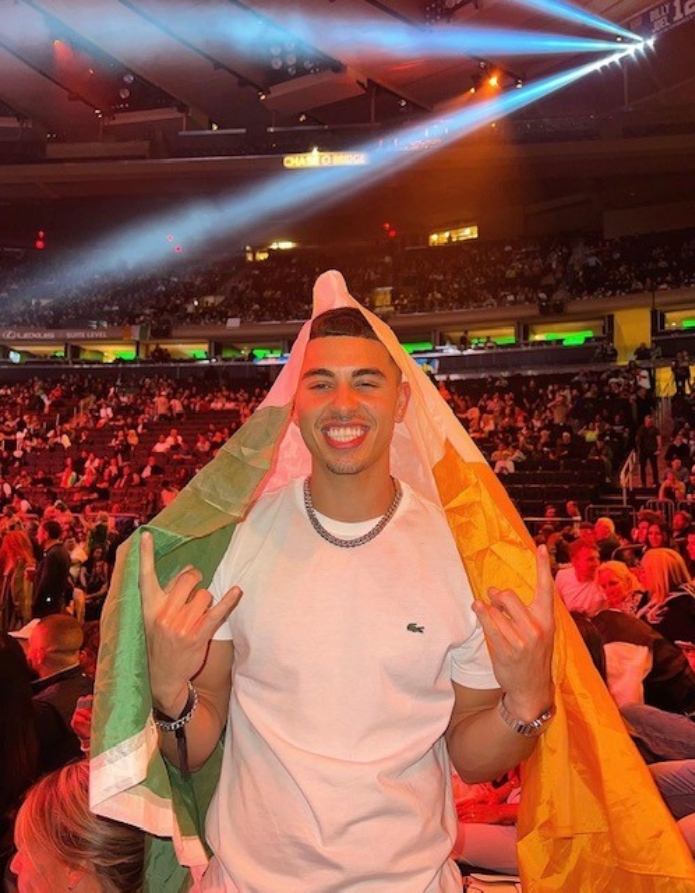 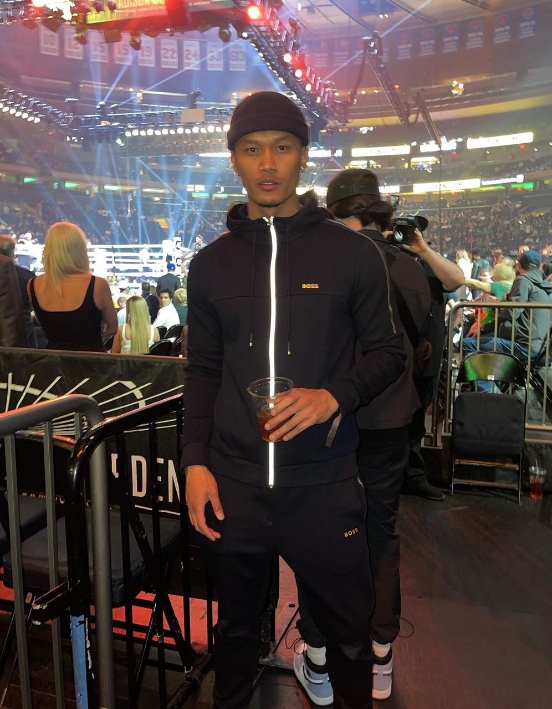 That’s a wrap! With boxing history made last weekend, make sure you’re following @jdsports for more behind-the-scenes content and for any future boxing events. Watch this space…