Keep It Classic in Converse Chuck 70

Making shoes since 1908, Converse has been around for over a century! Evolving from work shoes, to sports sneaks and street icons, the brand has become known for its classic kicks.

One sneaker that’s made a comeback is the Chuck Taylor All Star 70. Dropping in both high and low styles this season, the Chuck 70 is officially back – and it’s not going anywhere. 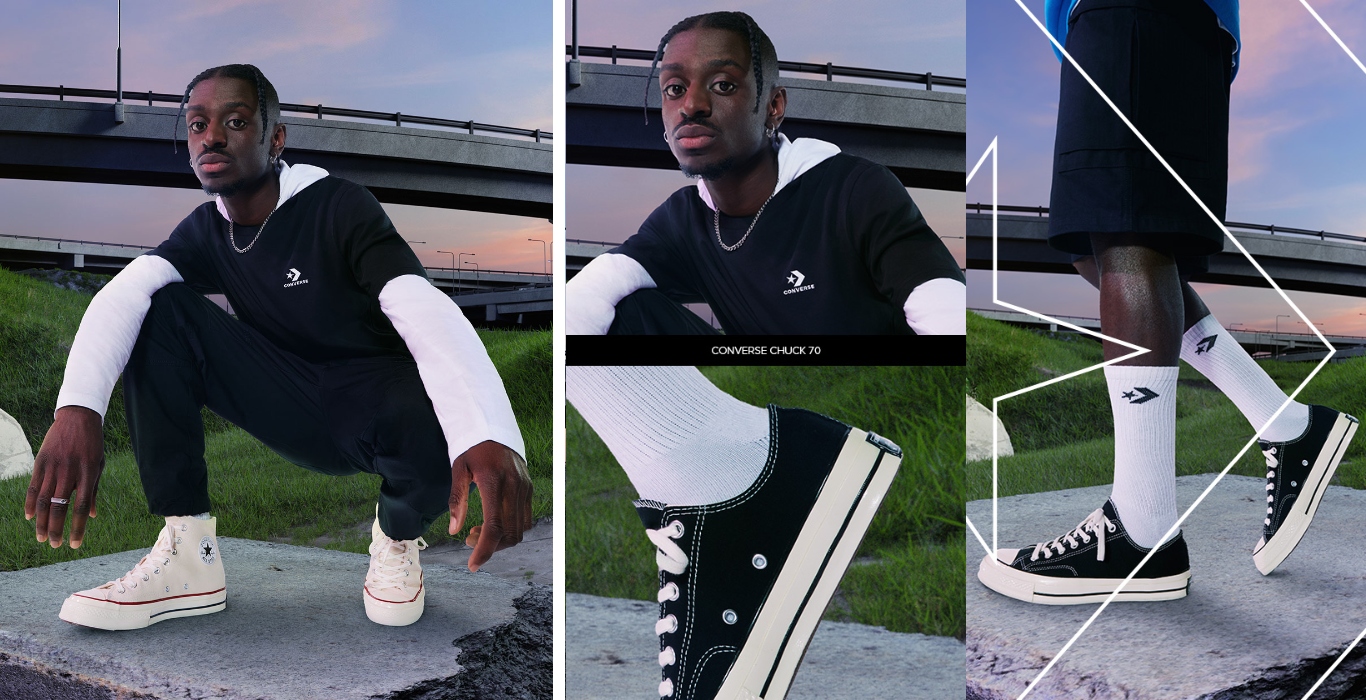 Converse first launched the Chuck Taylor All Star over half a century ago – back in the ‘70s. Dubbed Chuck 70 in a nod to the ‘70s icon, the OG style was first revived back in 2013 and is still making waves in 2021. It has the same signature look as the iconic All Star, but they’ve tweaked the silhouette for a vintage, street-ready look.

Both low and high top styles are built with a premium, heavier-grade canvas upper. Instead of bright white, the signature rubber toe cap has a shiny, off-white finish to give the sneaker a casual, worn-in look, while tying in with the midsole.

As well as the signature contrasting stitching throughout, the Chuck 70 comes with reinforced stitching to the forefoot, which adds an extra vintage edge. Underfoot, the cushioned midsole has slightly higher rubber foxing than on the All Star, and each pair is finished with signature branding for that classic Converse look. 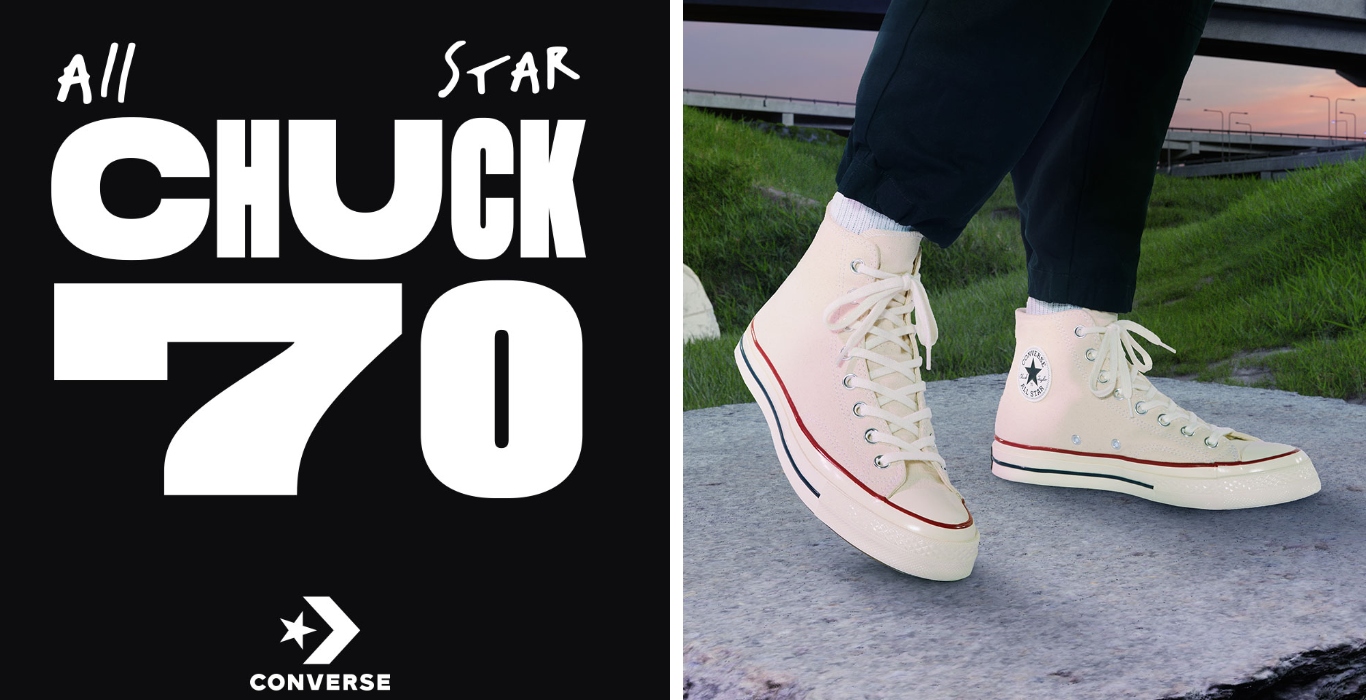 Lace Up in a Classic

Whatever the season, Converse always comes through with the classics you’ll be reaching for day after day.

The Chuck 70 has landed in classic Black, neutral Parchment and more colourways for men. Shop the latest from Converse now!

Never Stop in The North Face