When we think about a trip to Berlin, we’re thinking waffles, beers and wonderful German sights, but for Kenya’s Eliud Kipchoge, his weekend away was a little different…

The elite marathon runner took to the streets of Berlin to smash out a new marathon World Record and bag himself a time of 2 hours, 1 minute and 39 seconds!

Kipchoge managed to beat the original men’s world record set by Dennis Kimetto in 2014 by exactly 1 minute and 20 seconds. Followed by second place Amos Kipruto and third place Wilson Kipsang both 5 minutes behind; it was Kenya that took the top spot for this event. His lightning pace produced an astonishing run and to top it all off he looked SERIOUSLY cute picking up his medal in his green leaf crown.

Flying through his first 5 km in a time of 14 minutes and 24 seconds, Kipchoge decided it was time to pick up the pace and power through the second half of the race (the last 13.1 miles) in 60 minutes and 34 seconds. Even the pacemakers were unable to keep up with him and had to drop out much earlier than expected meaning his last 10 miles were a ‘me, myself and I’ kinda moment for Kipchoge. Beyoncé would be proud!

Asked after the race what he thought about breaking the world record he said, “I lack words to describe this day” and seriously, we’d be speechless too if we’d just bossed out a marathon in a quicker time than it takes us to watch Love Actually! 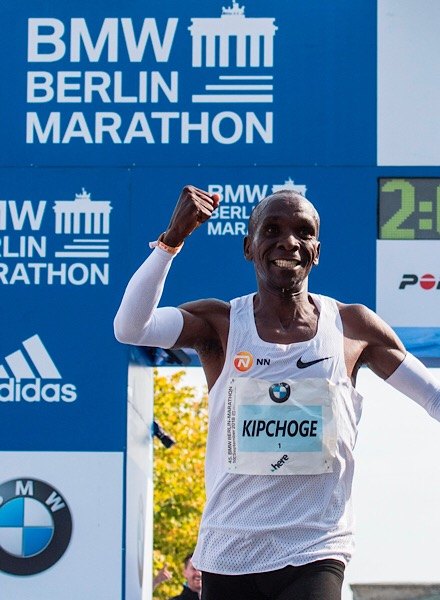 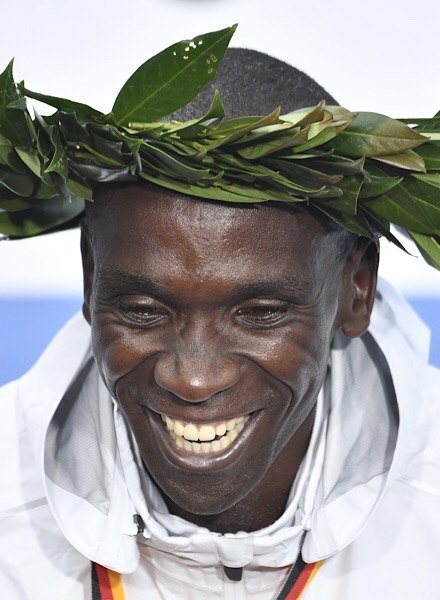 What’s Next for Kenya’s Kipchoge?

Known by many as the greatest marathon runner ever (sorry Sir Mo), 33-year-old Kipchoge doesn’t look to be slowing down anytime soon. After a small pint and an attempt at his own mobot (sorry again Sir Mo), Kipchoge has his sights set on an even faster time with the Autumn marathon season now in full swing. 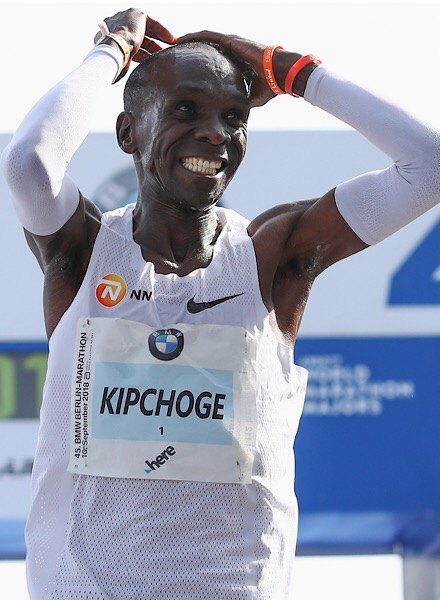 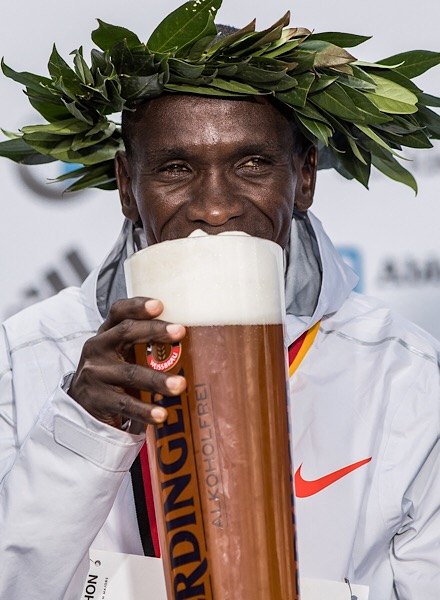 With a race pace of 2 minutes and 52 seconds per 1km, it looks as if Eluid Kipchoge’s 2 hour marathon time is just around the corner! And WE CAN’T WAIT for another new marathon world record!