KSI and Logan Paul, love them or loathe them, are two of the hottest properties on the internet now. Both of them found their fame through social media and have now taken to the boxing ring.

The pair first came to clash in the ring in Manchester back in 2018, which judges on the day declared a majority draw, but that result only sparked desire for a rematch.

Now they both face off as professional boxers at Staples Centre, Los Angeles, and will be required to lose the headguards and pull on 10oz gloves.

We’re gonna’ provide you with the complete lowdown ahead of the fight, including an exclusive interview to JD Sports from KSI himself.

Tale of the ‘Tube 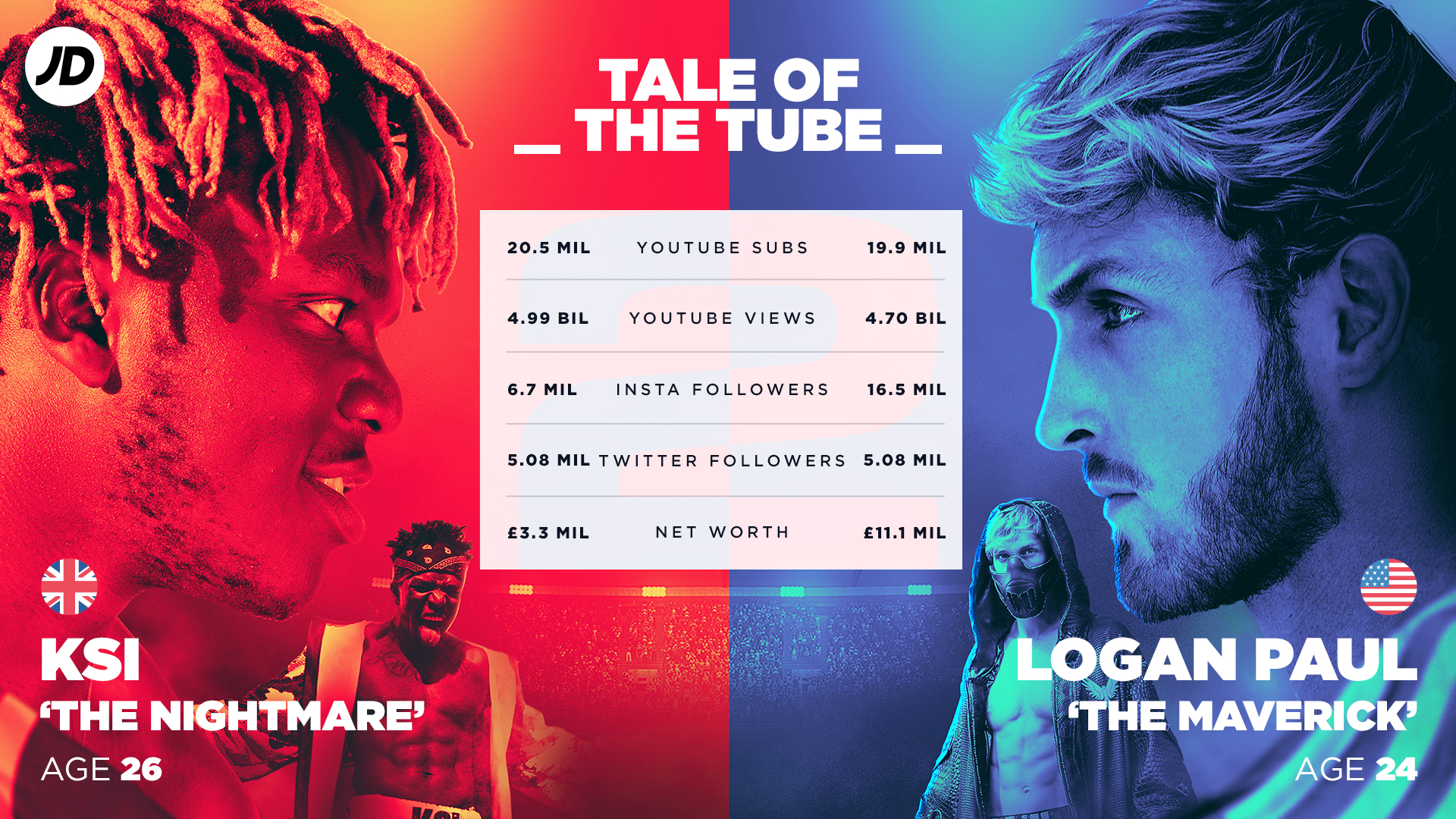 In terms of YouTube video views, it’s also KSI that runs out winner; he has 4.9 billion views compared to the 4.7 billion of Logan Paul. It’s Paul, however, who has the video with the most views on one video, as The Fall of Jake Paul has currently amassed a staggerin’ 241 million views.

It’s Logan “The Maverick” Paul who comes out on top in the battle of social followers though, with a combined total on Twitter and Instagram of 21.5 million fans, this is in comparison to KSI’s 11.8 million.

Paul is also substantially better off in the net worth stakes; sources claim that his worth a cool £11.1 million, which is £8 million more than KSI’s reported worth!

KSI: “I despise him”

After the UK leg of the fight’s press tour, KSI was in a particularly rampant mood, calling out Logan Paul’s brother, KSI said: “I’d love to have Jake (Paul). I’d love to break his s****y little skull.”

“I despise him, I hate him. I actually hate him more than Logan. He is actual s**t.”

“I like the fact that they’re making it professional, fighting with no head guard, small gloves.

“These guys are multi-millionaires, they don’t have to do it, I think their ego is actually forcing them to go out there.”

In the Duffle Bag: Episode 5 with Jesse Lingard