Guaranteed to make waves, adidas Originals’ Sobakov is set to make a return this season. Coming in four fire new colourways, this footie-inspired silhouette brings pitch vibes to the streets. Will you be copping?

Rooted in football, the Sobakov is a must-cop for both footie and 3-Stripes fans. With a nod to the Kamanda, one of adidas’ releases from earlier this year, they have a similar, terrace-inspired look.

Instead of single-piece suede, they’re built with a stretchy knit upper, which reps the signature 3-Stripes in a switched up style. Instead of perforations like on the Kamanda, the swerving stripes wrap around the heel and come out to the sidewalls – taking inspiration from the adidas Predator football boot line.

The Sobakov is sat on a stud-inspired rubber outsole. With a wavy herringbone pattern giving it an aggressive look, the chunky, sculpted sole brings a distinct, Sobakov aesthetic. Sure to turn heads. 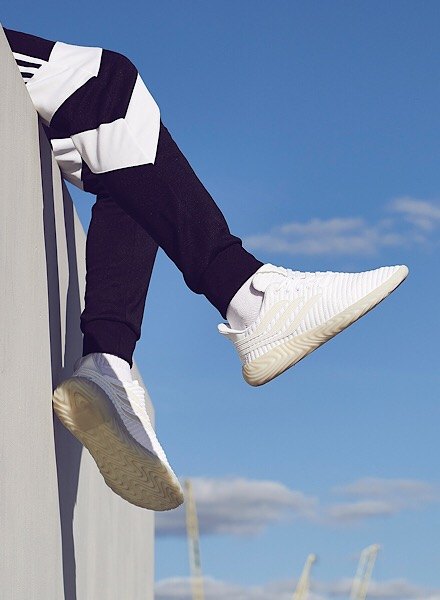 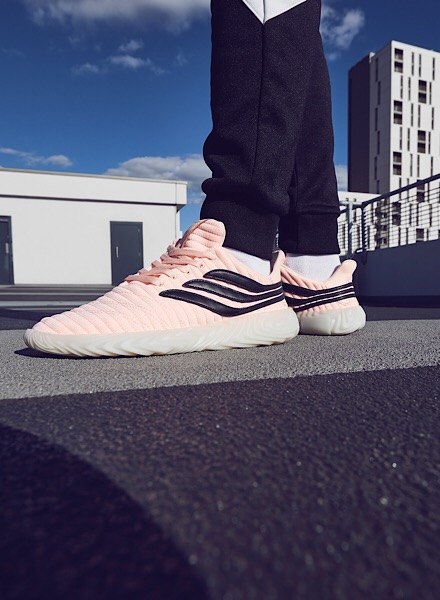 Just in time for the change of seasons, the latest colourways of the Sobakov are set to land at JD tomorrow. Colourways include Black/Pink, Pink/Black, Sesame/White and White/Sesame – coming in both men’s and junior sizing!