Week 3 of Love Island just came to an end. If you missed an ep or just can’t get enough of the Villa goss, we’ve got you!

With another recoupling, new faces on the scene and more than one dumping, it’s been a big week! Find out what went down and just how you can shop some of the Islanders’ looks right here… 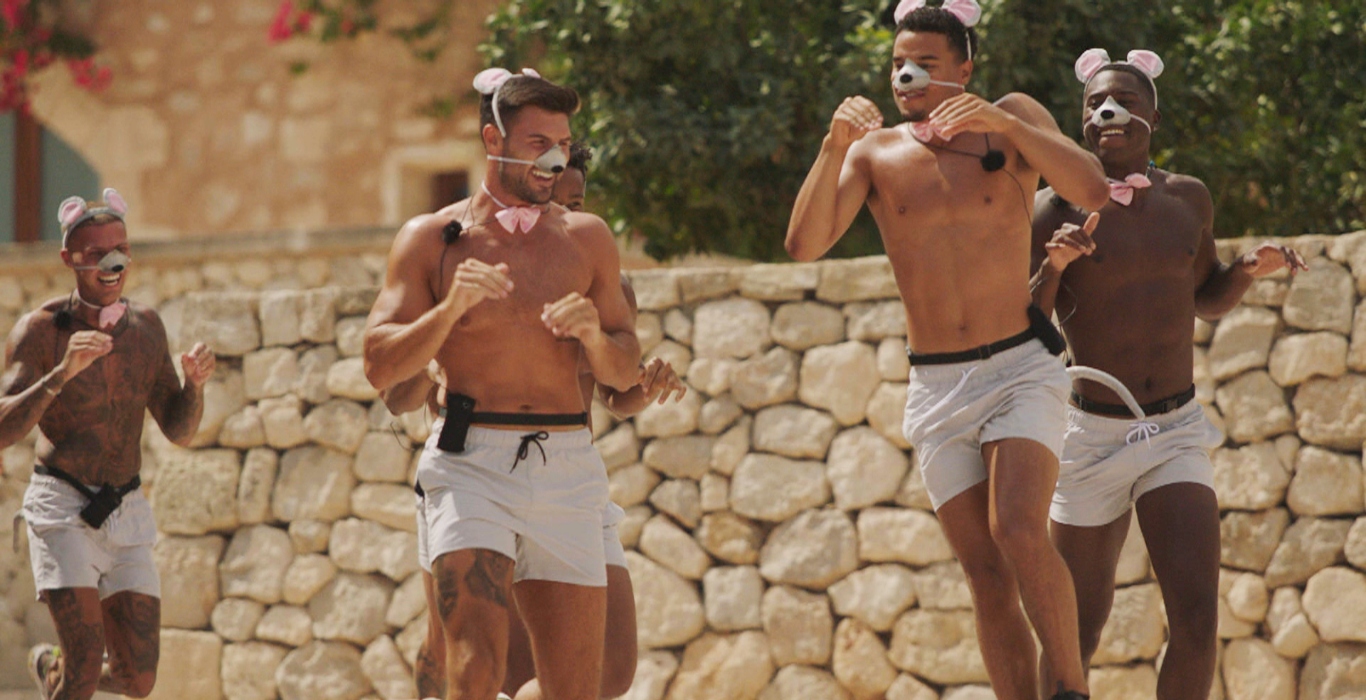 As the Islanders entered their third week in paradise, it all kicked off with a recoupling. New boy Teddy chose to couple up with Faye, which left Rachel single and having to pack her bags. But that’s not where the drama stopped…

On Tuesday, it was down to the public to vote for their most compatible couple. Sharon and Hugo, Chloe and Toby, and Lucinda and Brad where in the bottom three, having received the lowest votes. It was revealed via text that Lucinda and Brad were not only at the bottom, but they had to decide between them who was going home. As it was early days, they decided not to leave together and Brad packed his suitcase and headed home to Amble. 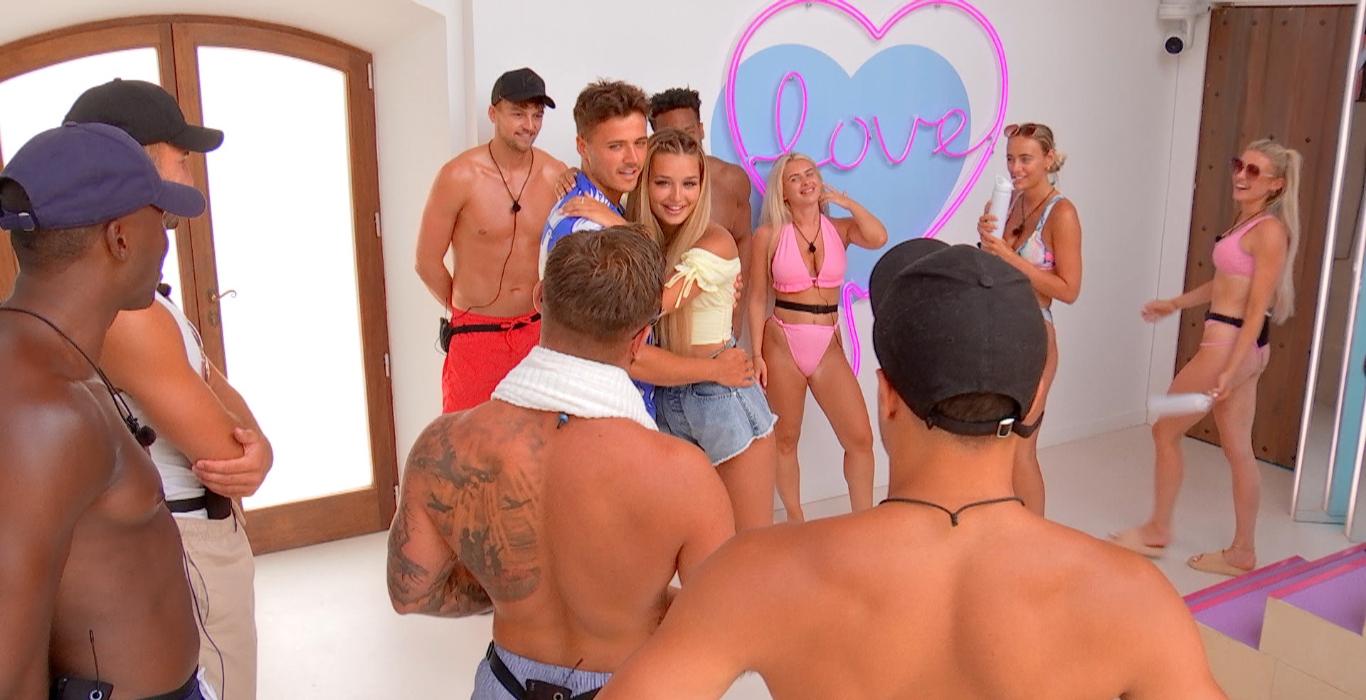 With two Islanders already dumped, it was time for some new faces! AJ and Danny are the latest additions to the Villa and both got to choose first in last night’s recoupling. AJ chose Hugo, giving him his first shot at love since he arrived, while Danny chose Lucinda – leaving Aaron needing to up his grafting game to try and crack on with her.

With 8 girls, 7 boys and the guys getting their turn to choose, OG Islander Sharon was left single and had to pack up and leave her besties.

Going into week 4, the latest couples are; Jake and Liberty, Chloe and Toby, Hugo and AJ, Liam and Millie, Teddy and Faye, Aaron and Kaz and Danny and Lucinda. But with people on the graft and new faces guaranteed, how long will they last?! 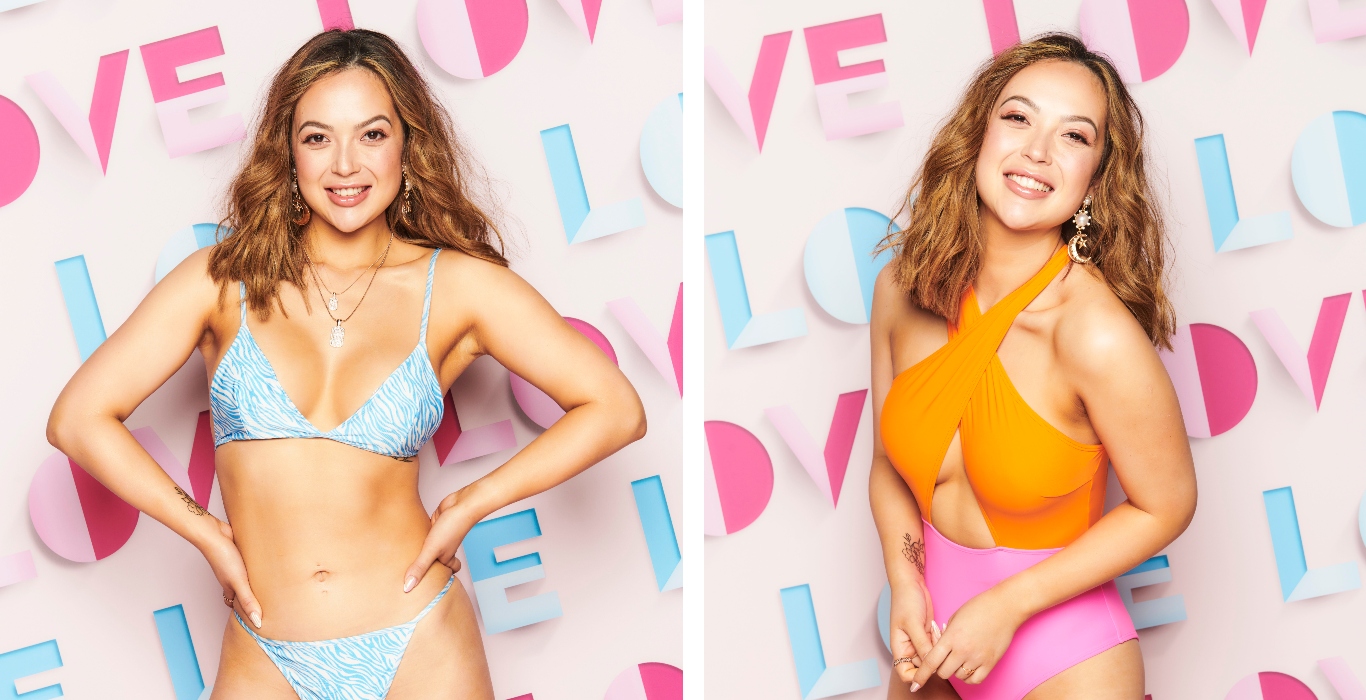 Catch Up with Sharon

Just last night, Sharon became the latest Islander to leave the Villa. Since leaving, we’ve been given insider’s access to her exit interview. From her fave gals to whether she’d go back in, get the inside scoop right here…

How would you sum up your Love Island experience?
My Love Island experience was a whirlwind! When I walked in I remember the first thing in my head was ‘don’t fall over!’ because I’m really clumsy. It’s definitely been something exciting and it’s the first proper selfish thing I’ve done for myself in my life. Even though I spent most of it on ‘Friend Island’ instead of ‘Love Island’, I wouldn’t change any of that.

How do you feel about leaving the Villa?
Obviously, I feel disappointed leaving now because I made really good friends. They’ll always be a part of my life and I was enjoying my experience. Most of my Love Island experience has been helping other people come out of their shell and being that supporting role. It was only towards the end I realised that I’m here for the same reason as everyone else so I should be selfish and not take a backseat because of the friends I’ve made. I was ready to start being selfish and pursuing things that I wanted. Timing is everything and everything happens for a reason.

Are you going to watch Love Island from home?
Definitely! I made best friends there and when you’re in the Villa, they’re your friends, family, your everything. I want to support them all the way and watch them have their love stories played out.

Who were you closest to in the Villa?
I would definitely say Kaz, Lib and Faye and for different reasons. With Faye, we were very similar personality wise, we’d call each other out. If she was being a bit rowdy then I’d tell her to shut up basically, and she would do the same for me. We kept each other grounded.

Tell us about your coupling with Hugo…
I did grow a really good friendship with him. I was always going to be there to back him. He was the nicest guy I’d ever met.

Who do you think will win?
From day one I said #Jiberty was going to win. Jake is a very attractive man and when he came down I was going to step forward but as soon as I saw him and I was standing next to Lib, I felt a completely different vibe between them two. I turned around to her and said ‘that’s going to be your man’ and I said ‘yeah, you’ll go all the way to the end.’ I said that from the first five minutes of meeting Jake. For everyone in the Villa, watching those two interact on a daily basis, it was a goal for everyone else to strive for. It was really nice to see Lib had found that.

How do you feel about AJ coupling up with Hugo?
AJ got the text saying she was going to pick. I knew that if she chose Hugo, I was going home. For me picking Hugo felt like an easy option for her. She wasn’t treading on toes or potentially causing an argument with the girls as much as it would have if she picked Liam, because me and Hugo were in a friendship couple.

Would you go back into the Villa?
Yes, I would definitely go back in. There are so many things that I learnt about myself being in that Villa. Even though I left single, I made amazing friends and got out of my comfort zone and did some stuff I wouldn’t normally do in my wildest dreams. And I learnt that I could live without my phone! I would do it 100% all over again. 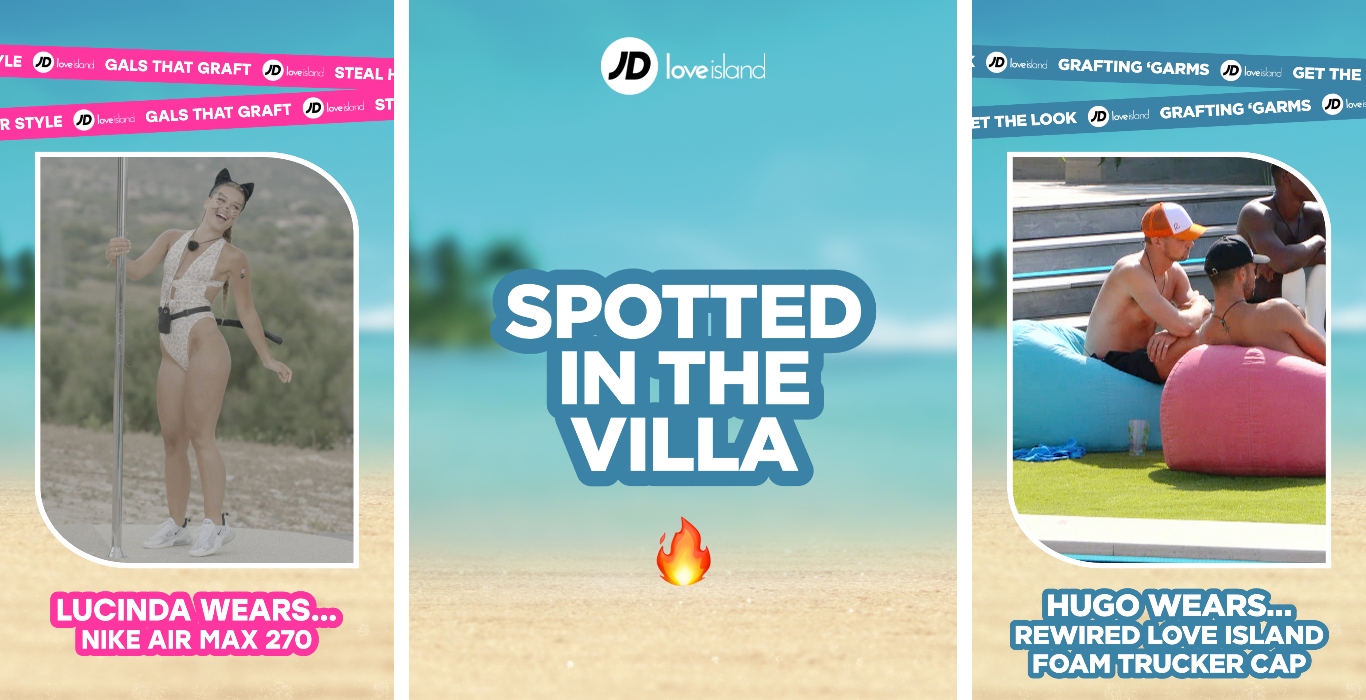 Want the Love Island look? You can cop their ‘fits, trainers and accessories here at JD! From Lucinda’s Air Max 270s to Hugo’s Rewired Cap, plus the official JD x Love Island Get Grafting Towel – we’ve got you covered.

Step into the Villa

Do you rate your graft game? Put it to the test with the JD x Love Island Snapchat lens! Step inside, get your own Villa experience and show us your skills in a range of games. Head over to the JDOfficial snapchat to play!

Love Island continues tomorrow at 9pm on ITV2 and ITV Hub. Episodes are available the following morning on BritBox.