Two worlds collide as one of the biggest football clubs in the world, Paris Saint Germain teams up with the legendary Jordan brand for the standout PSG x Jordan collection.

Building on Jordan’s long-standing connection with the city of Paris, it’s guaranteed to be of the hottest collabs of the year. Jordan’s ties with Paris started back in 2016 with the all-Jordan European store, Jordan Bastille, while 2017 saw them announce a partnership with the French Basketball Federation. So, in 2018, they’ve stepped it up another level with the PSG x Jordan collection.

The collection itself has over 90 performance, training and lifestyle essentials, so you can cop and style out the looks no matter what you’re up to.

One of the major parts of the collection is the redesigning of the Paris Saint-Germain kits, which brings two unique, Jordan branded strips that’ll be worn exclusively during the 2018/19 Champions League campaign. The home and away kits are in black and white colourways, keeping the overall look of the regular 2018/19 kits. These shirts come in block colour with a contrast stripe detailing running down the centre, while the Nike Swoosh to the chest is replaced with the iconic Jumpman logo. 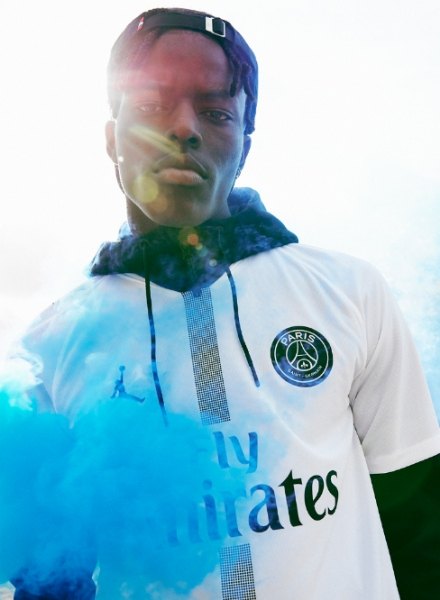 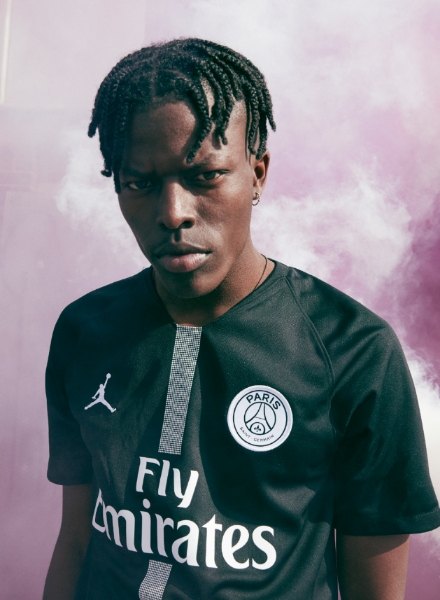 Bringing you more than just kits for the pitch, this collection delivers standout looks for the streets. The lifestyle gear truly combines PSG and Jordan, with each piece reppin’ a unique version of the Paris Saint Germain club crest, which has replaced the Eiffel Tower with the Jumpman logo. With everything from chilled out tees and hoodies to fresh caps and jackets, this casual collection makes a monochrome style statement.

The final part of the collection sees a classic of the Jordan range pay homage to PSG with the Air Jordan 5 Paris Saint Germain sneakers. In a stealthy black colourway (keeping to the theme of the collection), these sneaks are built with a suede and synthetic upper for a smooth look and feel. Paris wording to the sidewalls lets everyone know who you’re reppin, while the ‘75’ embroidered to the heel is a subtle reference to the Paris zip code. Sat on a visible Air unit and featuring a grippy outsole, these kicks keep you steppin’ on the court or the streets. They’re given a statement finish with the merged Jumpman and PSG logo to the heel and outsole. 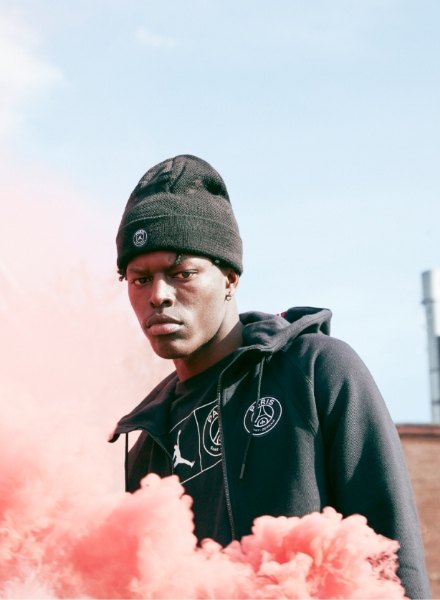 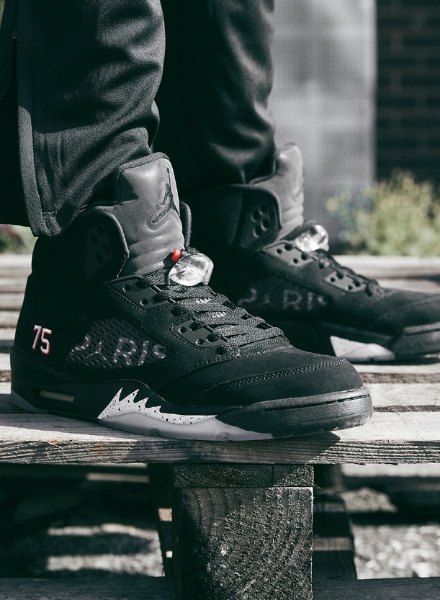 A ground-breaking collab that has shook up the world of sport and style alike, don’t miss out on the PSG x Jordan collection. It won’t be around for long.