Manchester City and Liverpool continued to set the pace at the top of the Premier League in Week 9, Ross Barkley’s late goal denied Manchester United victory at the Bridge, and Arsenal played champagne football to make it 10-straight wins in all competitions.

But which players made it into the team of the week?

GK        Hugo Lloris (Spurs) – The World Cup winner was at his best away to West Ham, making a string of fine saves to keep Tottenham within two points of the league leaders, and maintain their best start to a Premier League season.

RB        Héctor Bellerín (Arsenal) – After conceding an own goal in Monday night’s clash, Bellerín bounced back to set up the Gunners’ next two goals. The right back provides a consistent threat with his pace and precise passing.

CB        John Stones (Man City) – Stones will have more difficult assignments than Burnley at home, but the England international looked at home at right-back and demonstrated his versatility in City’s comfortable win.

CB        Antonio Rüdiger (Chelsea) – Without too much trouble, Rüdiger shook off Paul Pogba for Chelsea’s opener and finished emphatically. He could do little about United’s two goals with Marcos Alonso lay injured in the middle of the goal for the first and David Luiz’s unsuccessful adventure for the second.

LB        Andrew Robertson (Liverpool) – The young Scotsman’s stock continues to rise after another impressive performance to help Liverpool keep their sixth clean sheet of the season. Disciplined in defence for much of the afternoon, Robertson still managed to provide quality when he was able to get forward.

RM      Juan Mata (Man Utd) – It’s rare that Mata is deployed in the number 10 role at United, but given the opposition, José Mourinho opted to mark Jorginho with the Spaniard. Not only did the Italian playmaker have one of his quietest games of the season, Mata proved to be integral in United’s fight-back.

CM      Abdoulaye Doucouré (Watford) – Ending Wolves’ unbeaten run at home, the Hornets had several top performers with outstanding goals for Étienne Capoue and Roberto Pereyra. Doucouré – who had a hand in both goals – combated the threat of Joao Moutinho and Ruben Neves expertly.

CM      David Silva (Man City) – Manchester City had a comfortable afternoon against Burnley, and their midfield maestro was largely responsible. (David) Silva was switched on when everybody else was switched off, and although the ball may have been out of play, nobody will remember that at the end of the season.

LM       Mesut Özil (Arsenal) – On Monday evening we were all living in Özil’s world.  The German World Cup winner was simply sensational. His coup de grâce assist to end the contest may be his defining moment as a footballer. 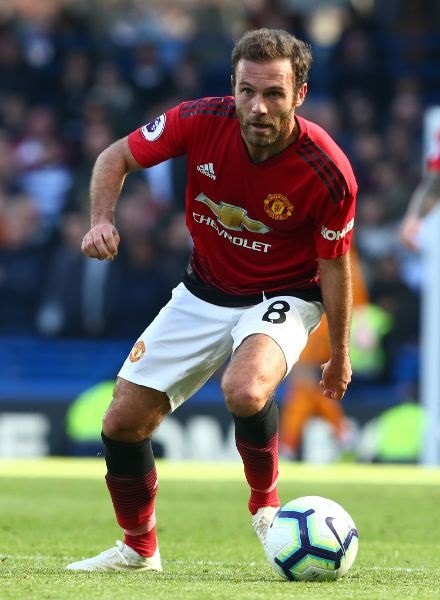 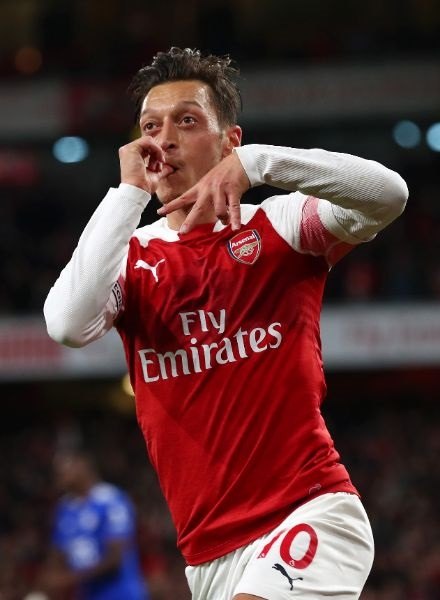 CF Pierre-Emerick Aubameyang (Arsenal) – Five minutes after being called from the bench, Aubameyang had netted a brace and ended the contest. Since his arrival in England only Mo Salah has scored more.

CF Anthony Martial (Man Utd) – 50 million down the drain… United’s investment of Anthony Martial looked to be hitting a dead end with his fractious relationship with Mourinho. But following his crucial equaliser against Newcastle, Martial again came up trumps with two superb strikes at the Bridge. *Player of the Week