Just last week we revealed that PUMA has teamed back up with MTV for another exclusive collab. That’s right! Another YO! MTV Raps collaboration has dropped and this time, the legendary PUMA Suede sneaker has been given a fresh look.

Bringing together culture and street style, PUMA and MTV are ready to make history. All over again. 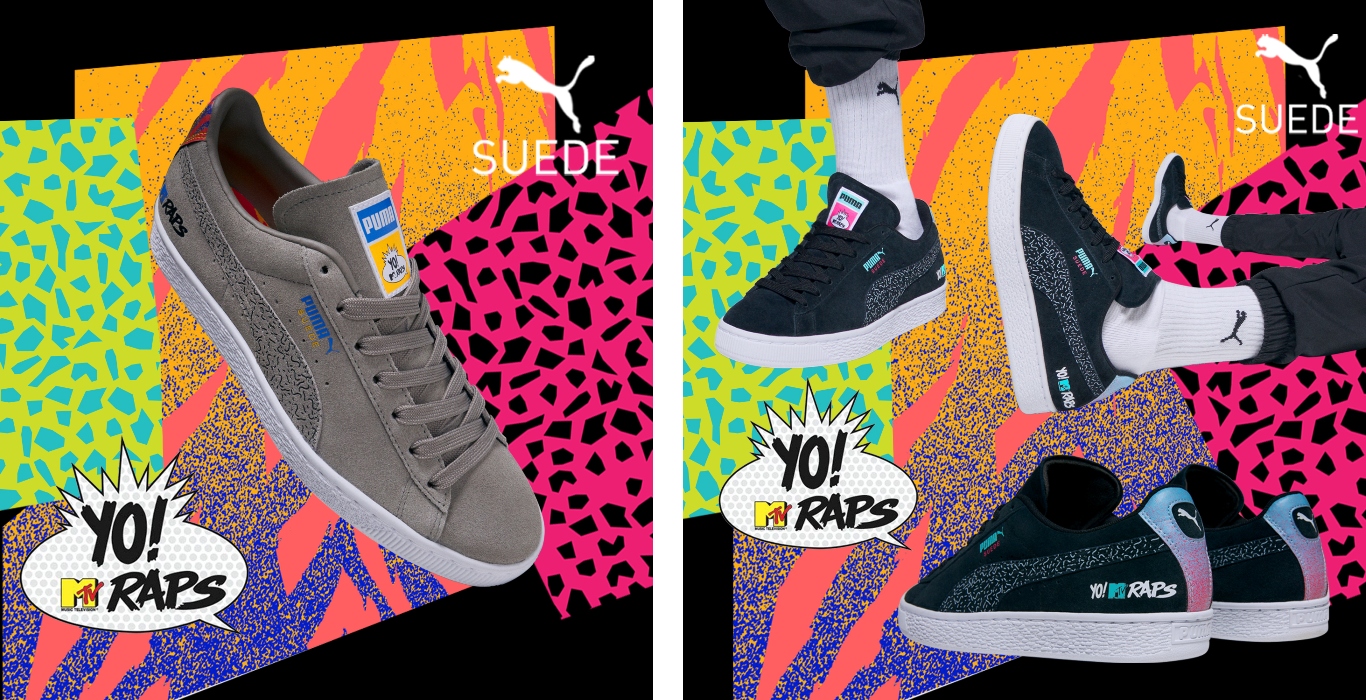 Kicking off in the late ‘80s, MTV YO! Raps was the first hip hop music show on MTV. It combined everything from the hottest rap videos, interviews with big names in rap and live performances, which kick-started the weekend on Fridays.

Featuring the likes of Run DMC, Doctor Dré, Salt-N-Pepa, Fatman Scoop and loads more, this was THE show for getting your music fix. 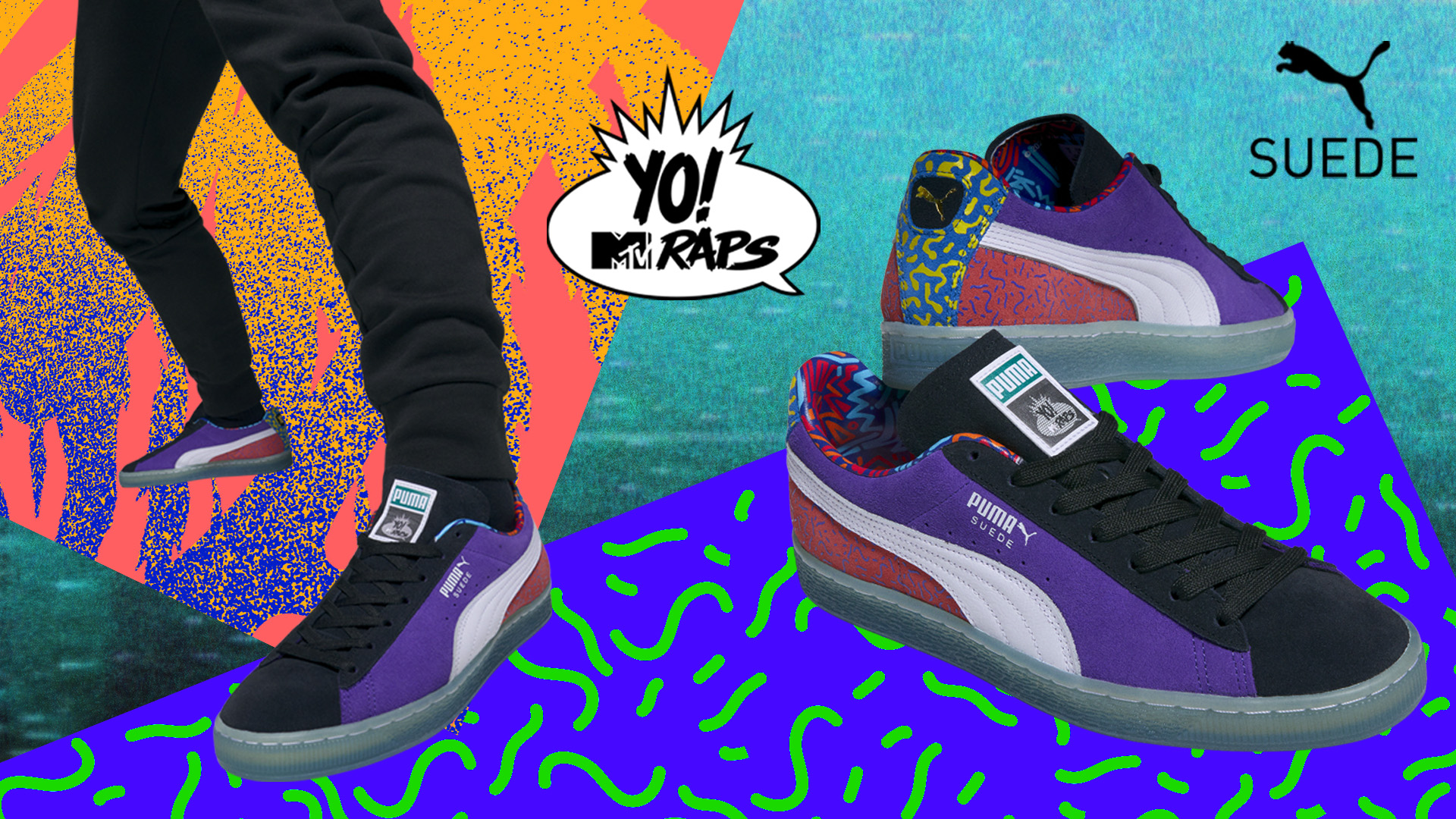 Over a decade ago back in 2006, the two iconic brands collaborated to drop the very first PUMA x YO! MTV Raps collection. The drop saw classic trainers get switched up, taking inspo from the legendary ‘80s hip-hop show. Think PUMA silhouettes but YO! MTV Raps style.

This time, hip-hop history meets the Suede revolution. Coming in three colourways that are all exclusive to JD, the latest launch keeps the Suede’s OG design lines, but reps graphic prints, the legendary Formstrip and iconic YO! MTV Raps branding. 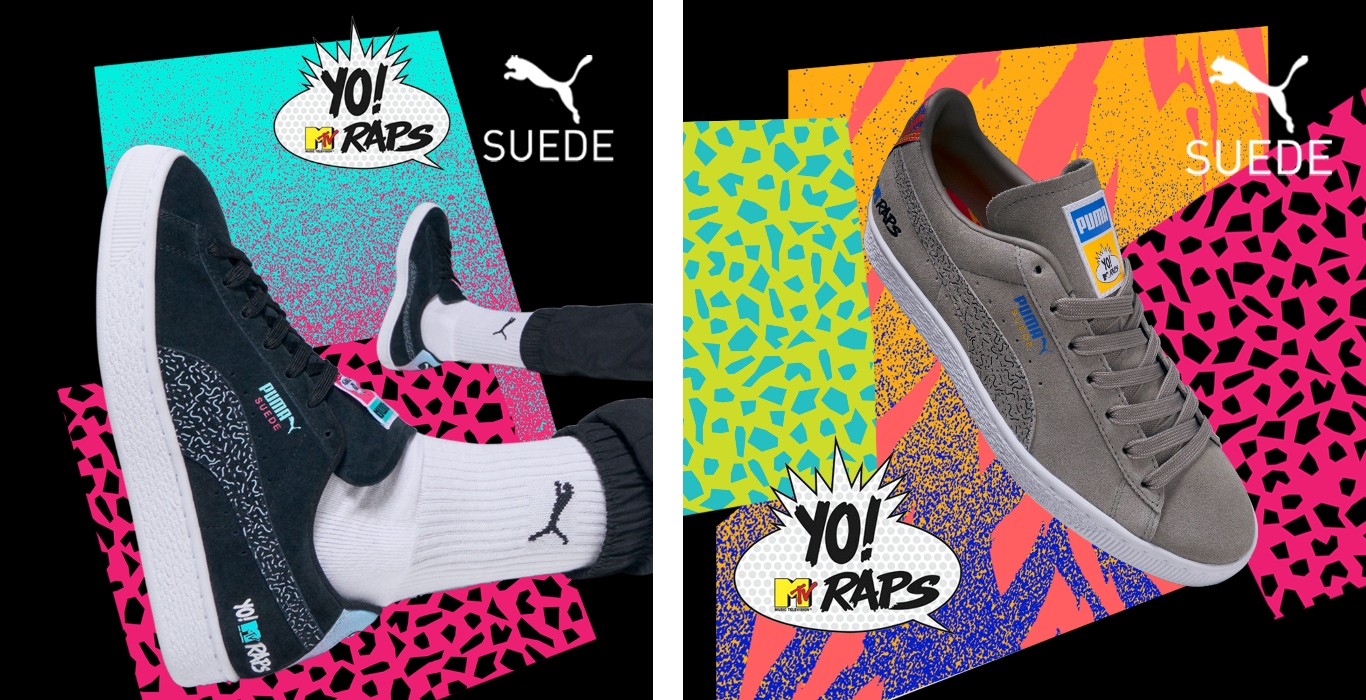