One brand that’s on everyone’s wishlist this Christmas; Reebok. Making waves with their retro ‘fits, Reebok’s a go-to when it comes to street ready gear with a throwback edge.

Reppin’ some of Reebok’s freshest looks, we’ve got rap duo Lotto Boyzz and 1Xtra DJ and MTV presenter Snoochie Shy showing you just how it’s done. Find out more about the celeb crew and how to shop their looks here! 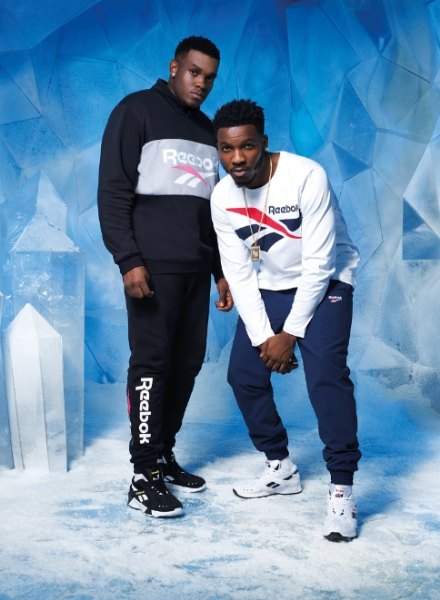 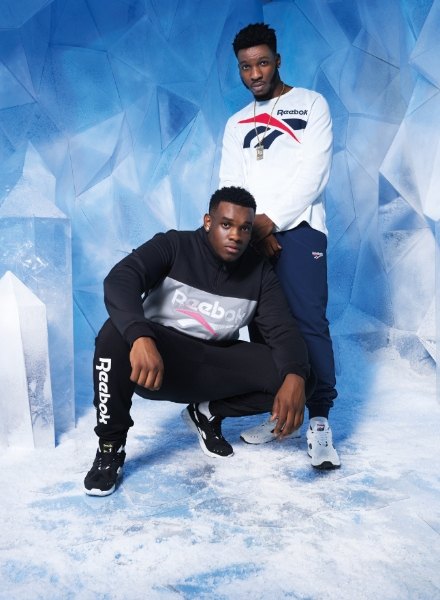 Brummy boys Ash Kirnon and Lucas Henry (a.k.a Lotto Boyzz) have been making waves on the music scene since 2017. Their single ‘Birmingham’ nods to their hometown and was a mega summer anthem, making it to MTV’s Beats Top 20.

They met a local youth club, both having a passion for music. Since then, they’ve made their way through the ranks, dropping a new sub-genre of music; Afro Bashment. Recently touring with J Hus, they’re just getting started. Watch this space.

Wanna cop their style? This duo is keepin’ comfy and cosy this winter in a full Reebok ‘fit.

Ash keeps his look simple, wearing all black. If you need a go-to this season, check out the Vector Crew Sweatshirt or the Vector 1/2 Zip Fleece – giving you next-level comf and all the retro vibes. In a white tee, the other half of the duo, Lucas looks icy fresh. Shop the Vector Long Sleeve T-Shirt on site now to steal his style.

To finish up, Lotto Boyzz keep it old school with Reebok’s Aztrek sneaker. With a bold, ‘90s inspired look, these retro trainers are the ultimate pick – defo one for the Christmas wishlist. 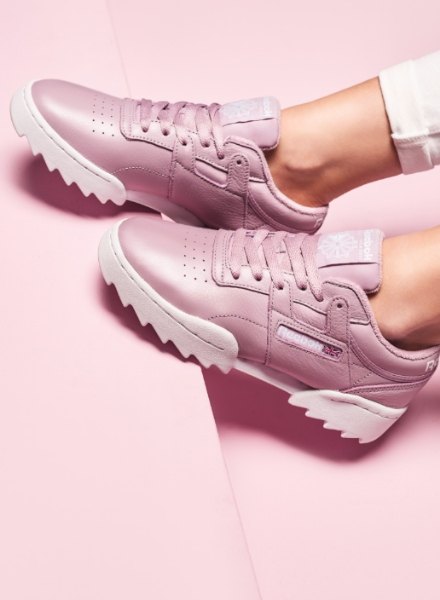 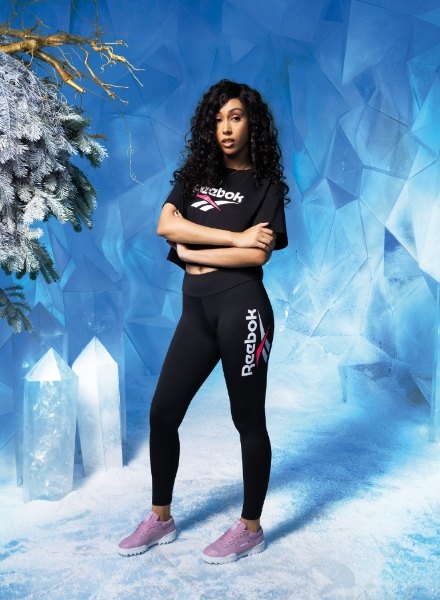 Queen of almost everything, Snoochie Shy is known for playing fire as a BBC Radio 1Xtra JD, as well presenting for MTV, modelling, being a brand ambassador – is there anything this gal can’t do?!

She’s interviewed stacks of celebs, including AJ Tracey, Stefflon Don and most famously, Big Shaq. Each interview getting millions of views on YouTube. With a new show planned for early 2019, keep an eye out for the London babe next year!

Whatever Snoochie’s doing, she always keeps her style on lock. Bringin’ throwback vibes this Christmas, she’s rocking all Reebok everythin’ with black leggings and a cropped tee. Simple but statement, keep comf’ like Snoochie and shop the Vector Crop T-Shirt and matching Leggings on site RN.

Shop all the celeb looks featured in our Christmas TV ad right here….