The Dragons Drive On

The Welsh are a proud nation, and not much could make the country prouder than the Wales national side qualifying for their first World Cup since 1958.

Rob Page took the reigns as caretaker manager in 2020, and despite having the luxury of Gareth Bale’s legendary left foot at his disposal, qualifying for the World Cup hasn’t been plain sailing. However, through typical Welsh grit, and a sprinkling of superstar ability, their World Cup hopes are still very much alive.

After a terrific campaign at Euro 2016, where Wales found themselves in the semi-final against eventual winners Portugal, the men in Red couldn’t quite replicate the same form at Euro 2020. As luck would have it, they shared a group with Italy, who would go onto become crowned champions.

A loss to The Azzurri, a draw against Switzerland and a victory over Turkey earned Wales a spot in the round of 16. They came up against Denmark who proved to have too much firepower and were comfortably beaten 4-0.

Fast forward to the World Cup qualifying group and Wales landed some tricky opponents. They had to face Belgium, whose quality is near limitless, and the Czech Republic, who had an impressive campaign at Euro 2020, with Patrik Schick’s striking prowess shining through.

Wales’ first obstacle in the way of World Cup qualification was a testing fixture with Beglium. Wales took an early lead with Gareth Bale providing for former Liverpool starlet, Harry Wilson, though the lead was short lived after De Bruyne netted a prompt equaliser. Less than 10 minutes later, Thorgan Hazard made it 2-1. The contest was concluded after Lukaku dispatched from the spot, with the game finishing 3-1.

Rob Page’s men needed to bounce back, and they were able to do so with a 1-0 victory over the Czech Republic, Bale again with an assist, this time for Daniel James. Thankfully for Wales the two nations that completed their group were the less formidable Belarus and Estonia.

In previous matches, captain Gareth Bale had been serving up assists, though in their game against Belarus, the Welsh wizard decided to get amongst the goals. A hattrick from the talisman gave Wales a 3-2 win, and more importantly, 3 points.

After collecting just two points in their games against Estonia and Czech Republic, Wales needed to find form if they were to achieve their aim of World Cup qualification. A goal from Cardiff’s own, Kieffer Moore, secured a 1-0 win and 3 points over Estonia. Wales then romped home to a 5-1 victory over Belarus.

Their final and crucial group game came against the number one ranked side by FIFA, Belgium. It looked doom and gloom with prolific playmaker De Bruyne getting an early goal. The Welsh sprit though, is undeniable, and Kieffer Moore responded in the 32nd minute to make it 1-1 to send the Cardiff City stadium into eruption.

The squad is comprised of a blend of Premier League quality, talent from Europe’s elite leagues, and a crop of promising youth.

Between the sticks is Danny Ward, in front of him in defence are the likes of Joe Rodon and Ben Davies, both of Tottenham Hotspur, as well as Liverpool prospect, Neco Williams and highly rated youngster Ethan Ampadu, who is on loan at Venezia from Chelsea. Providing experience at the back are Chris Gunter, Chris Mepham and James Lawrence.

The midfield has maestro Aaron Ramsey who is plying his trade at Juventus, as well as the evergreen Joe Allen of Stoke City. The exciting Harry Wilson, who has goals and assists in his locker, has also earned a reputation as a dead ball specialist. 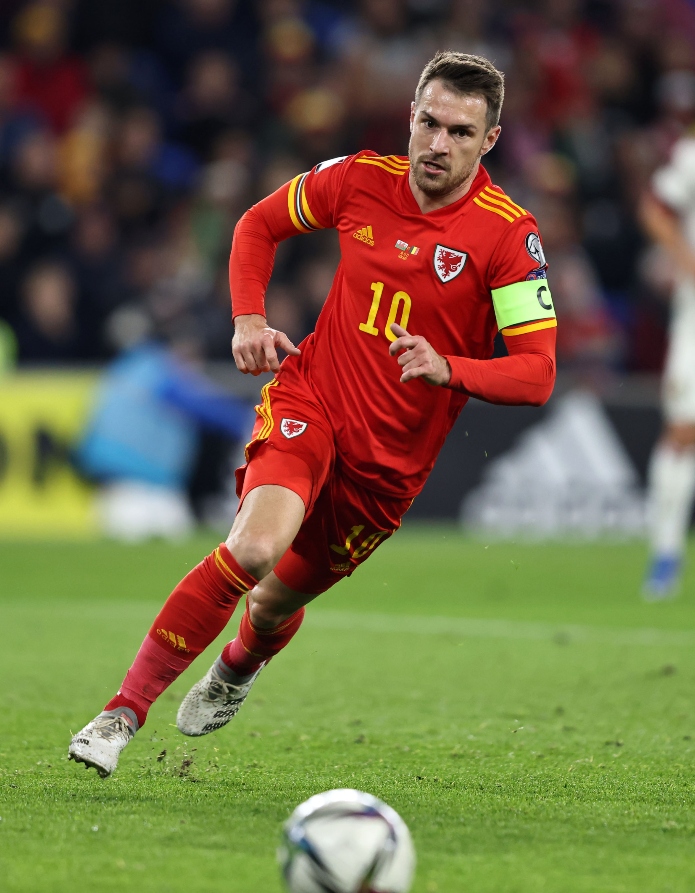 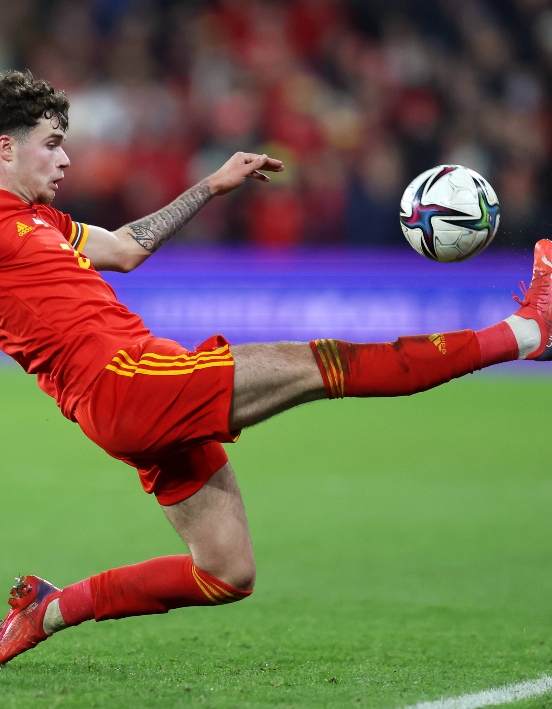 In attack is arguably the greatest player Wales has ever produced, Gareth Bale of Real Madrid. Sadly the forward is currently injured, meaning Wales are relying on goals from elsewhere. Kieffer Moore has stepped up to the occasion, standing at 6’5″, the Cardiff City man is a winger’s dream with his heading ability. Formerly of Manchester United is Daniel James, a tenacious attacker with the pace to trouble the calmest of defences.

Accumulating 15 points saw Wales finish second in their group, meaning they’ll go into pot 1 ahead of the World Cup playoffs draw next week.

Wales could face either Turkey, Poland, North Macedonia, Ukraine, Austria and the Czech Republic. With bagging a home draw, and having not been beaten in nearly 3 years at home, Wales have every reason to get excited.

Join in with the excitement and drive The Dragons onto World Cup qualification by showing your support with all the Wales essentials right here!