This will be a first outing for both fighters in 2022, with Ogawa’s last fight his famous points win over Azinga Fuzile to claim the vacant world title. While Cordina beat Miko Khatchatryan in December at the Echo Arena, Liverpool.

With a packed-out crowd expected in full voice for the home favourite, will it be a step to far for Cordina?! We’re bringin’ you the rundown of both fighters’ records and who else is on the Matchroom’s undercard. 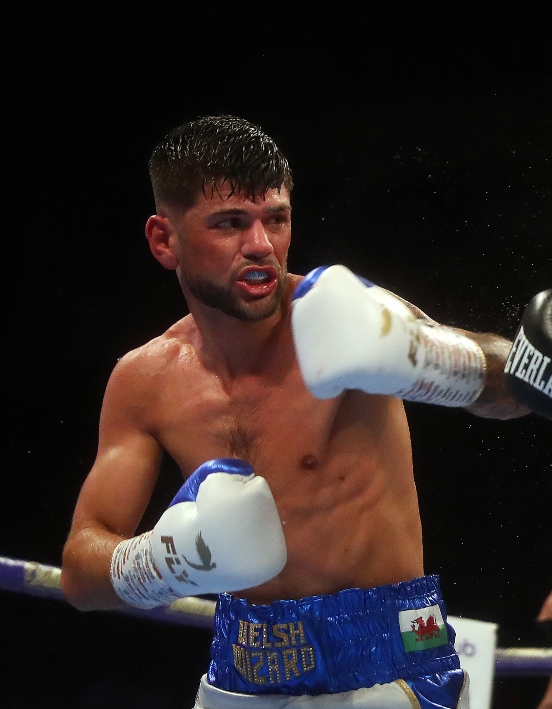 Having caught the attention of the boxing circuit in his amateur days with a bronze medal at the 2014 Commonwealth Games and a gold in the following year’s European Championships, the British prospect then turned pro back in 2017.

Still unbeknown to the casual fan, Cordina slowly worked his way up the bill of undercards, growing his profile at iconic boxing venues such as York Hall.

Ready to make the jump in opponents, he met the durable Andy Townend at the O2 Arena for the British Lightweight title. Making light work of Townend with an impressive TKO victory, the Welshman returned to the same venue later that year, defeating fellow unbeaten talent Gavin Gwynne by points.

A trip to Monaco at the end of 2019 saw him claim the WBA Continental Super Featherweight title as he moved down in weight.

Following a 15-month break from the ring with a serious hand injury, he narrowly beat Faroukh Kourbanov on his return, before two emphatic victories capped off a successful 2021.

Fighting out of Tokyo, Ogawa turned pro back in 2010 and currently boasts an impressive record of 26 wins, 1 draw and 1 loss.

Now 34 years old, his wealth of experience in the pro game gives him the advantage over his opponent. And with a loss to his name, he knows what it’s like to come back and win big.

Building his pedigree in Japan on smaller shows at Korakuen Hall, the shock knockout loss came in just his 9th fight to Yuki Miyoshi.

After that devastating defeat that could have plummeted his career, Ogawa racked up the wins to eventually secure his first shot at the vacant IBF title against Tevin Farmer in America.

Having won the bout via a controversial split decision, the result was later ruled a no contest after Ogawa tested positive for a banned substance.

Four years on and the Japanese fighter got another world title shot, knocking down South African Fuzile twice to win in emphatic fashion.

With the main event ring walks expected at 10 p.m. BST, there’s plenty of action to look forward to on the night!

Make sure you’re tuned into DAZN for another big night of boxing this Saturday and get following @jdsports for all the latest boxing news!