This Week: Okolie vs Cieslak

This Sunday, the O2 Arena will be packed with fight fans eager to witness Lawrence Okolie defend his WBO cruiserweight world title. Is the Brit equipped with the skills to subdue his challenger, Michal Cieslak?

Lawrence Okolie holds a perfect record. He has 17 wins, and standing at 6’5”, it’s no surprise that 14 of these have come by way of knockout. With a significant reach and a powerful jab at his disposal, opponents struggle to get in range of the giant cruiserweight. It’s no wonder his record remains unblemished.

‘The Sauce’ has had a meteoric rise. Turning professional in 2017, just two years later, Okolie had become an international champion after beating Nikodem Jezewski. Going into the fight, Jezewski was unbeaten and had racked up 17 wins.

Surely to be Okolie’s toughest test yet? The hard-hitter had other ideas. The Pole was floored twice in the 1st round and was subsequently stopped in the 2nd. A TKO victory secured the international title for the British star.

Following his assured win at international level, the knockout artist had earned his right to compete for the vacant WBO cruiserweight world title. The obstacle to Okolie’s world title dream came in the shape of Krzysztof Glowacki.

‘Glowka’ had bags of ring experience when tasked with fighting Okolie. He had just 2 losses on his resume, with one of them coming from now heavyweight champion, Oleksander Usyk. The other loss was inflicted by the current number 1 ranked cruiserweight, Mairis Briedis.

Despite sharing the ring with arguably two of the greatest cruiserweights to grace the division, Okolie took out the southpaw in the 6th round with a knockout right hook. Okolie’s dream became a reality, he was a world champion.

Albeit a boxing cliché, it’s often suggested that you’re not a true world champion until you’ve successfully defended your title. Hoping to dethrone Okolie was Dilan Prašović. The man from Montenegro had his shot, his efforts were cut short.

Testament to his boxing prowess and imposing presence, Okolie asserted his dominance with a convincing display to retain his belt. The champion proved he isn’t merely a head-hunter, in the 3rd round, a ferocious left hook to the body finished Prašović. 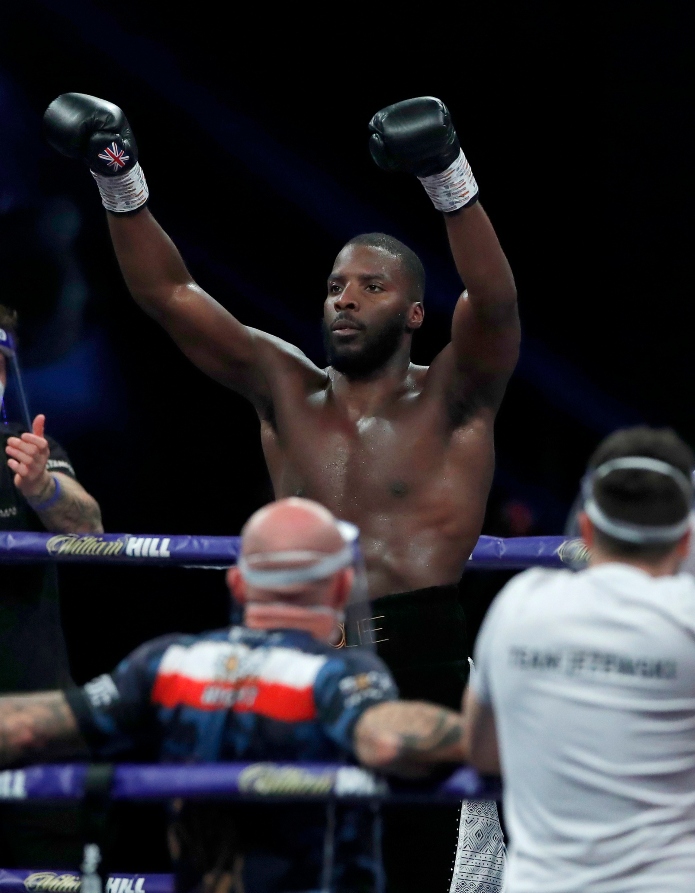 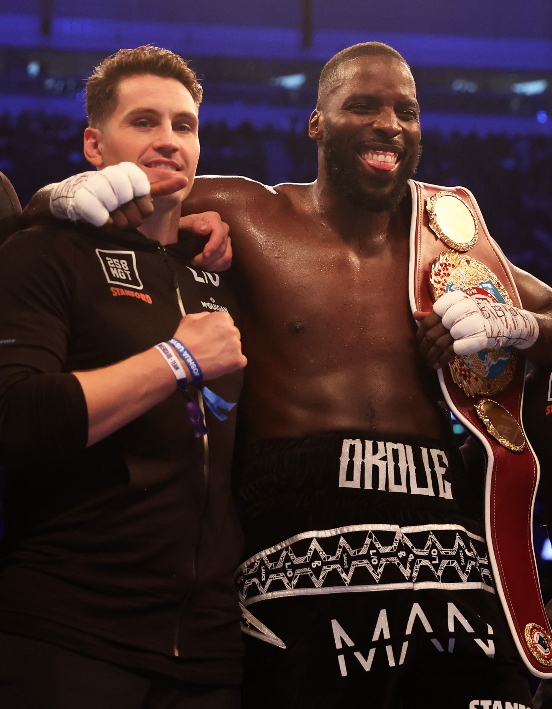 Will Michal Cieslak be able to avoid the same fate as the previous contender, or will Okolie extend his unbeaten run and keep hold of the title? The Brit has conceded that this could be his toughest bout to date, “I believe on paper this could be one of the hardest fights”. The champion went onto acknowledge Cieslak’s boxing acumen, “he’s a very good technical boxer. He’s got some power and good speed”.

Cieslak comes into the fight with a record of 21 wins and an impressive 15 knockouts. His one loss came via unanimous decision to highly rated cruiserweight, Ilunga Makabu. A first loss can derail momentum, or it can serve as a lesson and be the catalyst for an improved fighter.

Since tasting defeat, Cieslak has fought twice and won both bouts with a knockout and a technical knockout. It looks as though the loss has spurred him onto ensure he isn’t beaten again; he will be entering the contest with confidence and a dangerous determination for glory.

Should Okolie defend his title for the second time, what’s next for the cruiserweight? There has been talk of unifying the division, but lately there are increasing rumours that ‘The Sauce’ would like to move up to heavyweight.

How’s it going to go and what’s next for Okolie? Will he get an opportunity to unify the decision, or will he seek a new challenge in the heavyweight division?

There is a very exciting undercard to set the tone for what’ll be a massive main event. Olympic gold medalist, Galal Yafai, makes his professional debut. The Brit will hope to win the WBC international flyweight title when he takes on Carlos Bautista.

Fellow Brit, Jordan Gill, duels with Karim Guerfi for the European featherweight title. ‘The Machine’, Anthony Fowler, returns to the ring to face off with Lucasz Maciec. Fabio Wardley features in a heavyweight contest and Campbell Hatton has a bout at lightweight.

With a stacked card to look forward to, make sure you tune in on Sunday to see what happens once the bell rings. The undercard is set to start 5:00pm with the ring walks for the main event expected at 9:00pm.

Follow us on @jdsports to keep tabs on all things boxing.