Lookin’ for Friday night plans? Good news, we’ve teamed up with PUMA and tonight, it’s all about the Suede Stage!

To celebrate the re-launch of the legendary PUMA Suede trainer, which has roots in both music and culture, the Suede Stage is here to support game changers in music today.

With some mega performances from some of the biggest names, you don’t wanna’ miss it. Tune in tonight, 12.02.21 at 7pm over at @jdofficial! 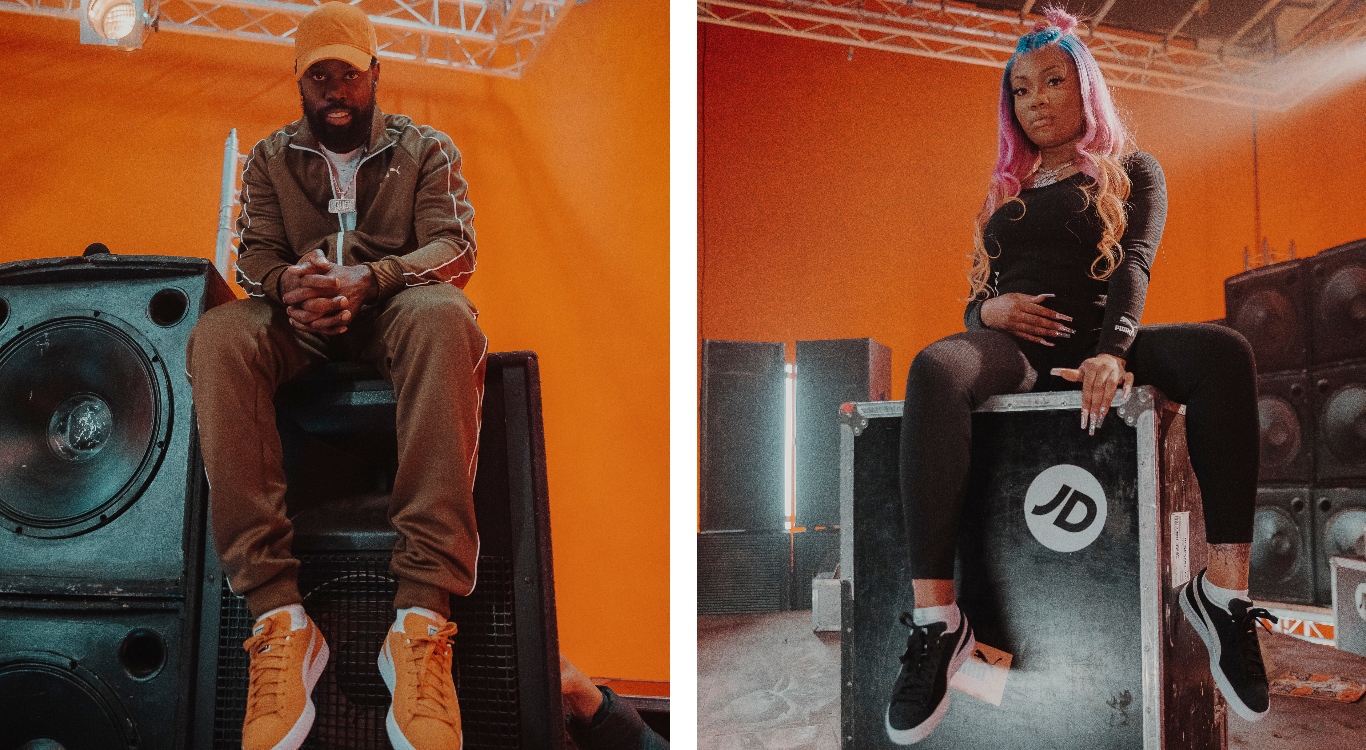 Hosted by No Signal Radio’s Henrie (@henriviii) and Scully (@isthatscully), the guys will be taking over our Instagram LIVE at 7pm to kick start the Suede Stage.

Bringing unmissable performances direct to you at home, tonight’s event is an exclusive, after-hours experience including performances from both Ghetts AND Shaybo.

British rapper and grime MC, Ghetts (@therealghetts) has been dropping heat on the music scene since the early 2000s. He started out as part of the grime collective, The Movement ft. Devlin and Wretch 32, and over the past 17 years, he’s branched out – dropping six mixtapes, two EPs and two albums – with his new album ‘Conflict of Interest’ on its way real soon.

Making waves on the electronic music scene, South London MC, Shaybo (@shaybomusic) has been freestyling since she was 13. After signing with Black Butter Records last year, you can expect to see big things coming from Shaybo this year, including her upcoming EP, ‘Queen of the South’. 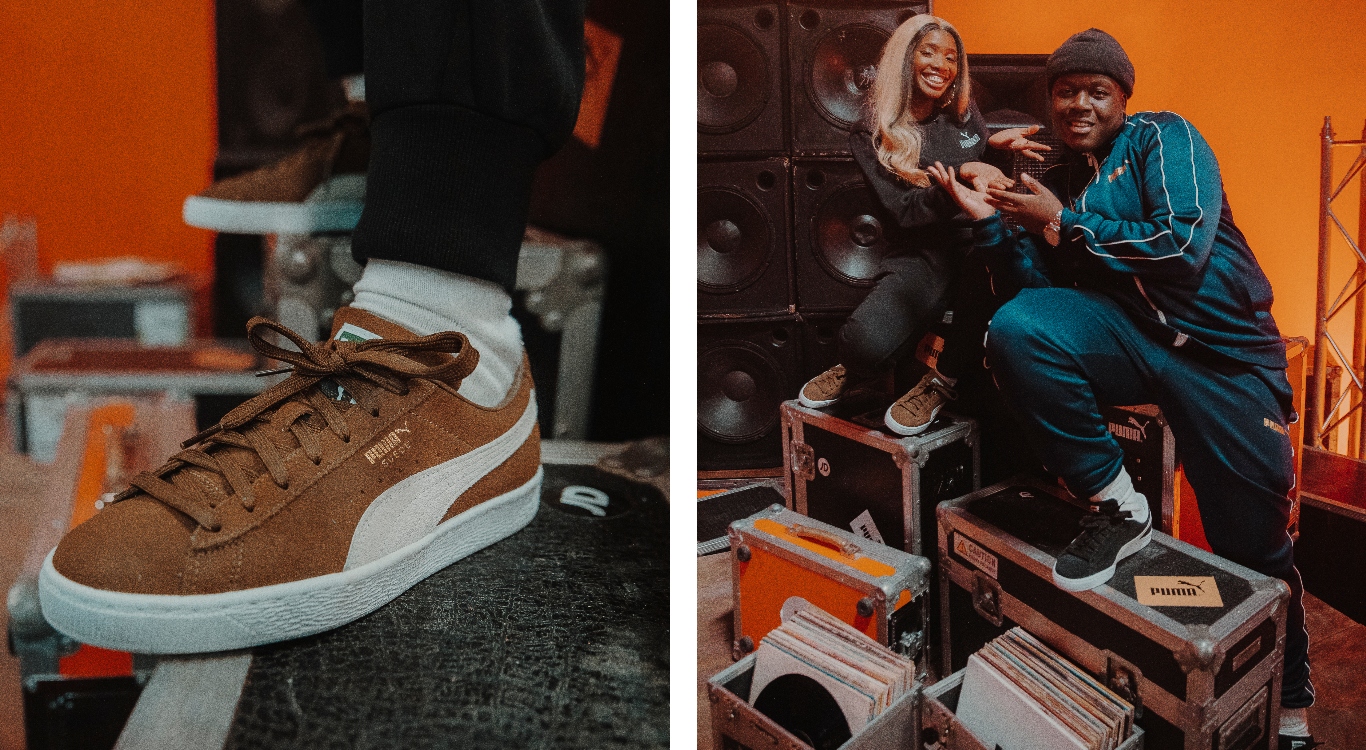 First dropping over half a century ago in ’68, the PUMA Suede has become nothing short of iconic.

Although it has roots in sports, the Suede soon made waves outside of athletics. After New York Knicks point guard, Walt “Clyde” Frazier was lacing up in PUMA in the ‘70s, the brand’s suede sneakers blew up. The low-key look was a hit and it became at home on the streets with DJs, b-boys, MCs and graffiti artists in New York all wanting in.

Over 50 years later, the PUMA Suede is now a global icon. It’s arguably the most influential sneak in hip-hop culture and can be credited for taking B-Boy Culture from the Bronx to the rest of the world… 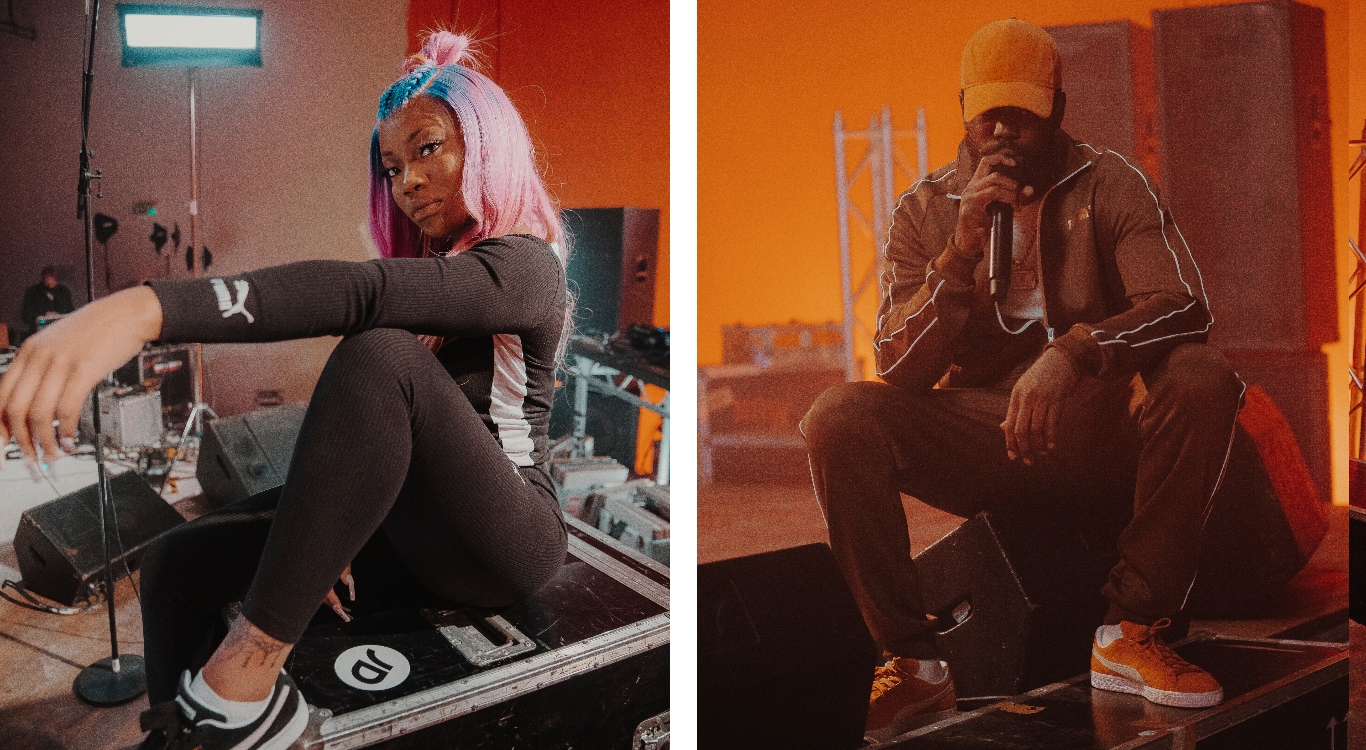 Wanna’ celebrate the icon? Don’t miss JD x PUMA’s Suede Stage ft. Ghetts and Shaybo TONIGHT. Kick back, get the snacks and head over to @jdofficial at 7pm to catch it.