Checked out our Christmas TV ad yet? Reppin’ our freshest threads for men, the ad’s where’s it’s at for seasonal ‘fits and ultimate Christmas gifting inspo. If you haven’t seen it on your screen, peep it here!

Packed with celebs who bring next-level style to their looks, we’re giving you the low down on how to cop and style up to the streets just like our main guys! Scroll and stayed locked to see who’s wearing what in the ad and cop your faves! 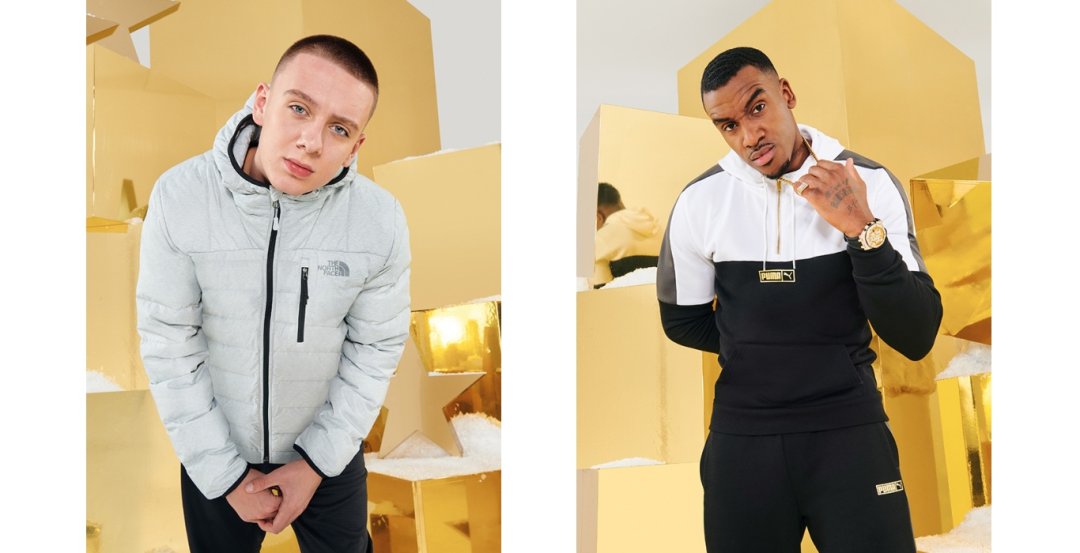 Donning the UK rap scene, Aitch is ready to step out this SZN whatever the weather. Making waves in the music scene with three top 20 singles since the summer, he’s collaborated with big names like Young T and Bugzy Malone. Reppin’ The North Face Aconcagua Jacket this Manny-based rapper is keeping it covered and ready to take on the 0161 elements.

Manny born Bugzy started to gain a following in the early 2010s droppin’ grime freestyles on YouTube. Ever since, he’s been putting his ends on the map by becoming one of the only grime artists from the North.

Keepin’ it comf’, Bugzy is hittin’ up Puma for cold-weather staples, layering up in a slick Shadow 1/2 Zip Hoodie and Shadow Fleece Joggers to lock in heat and make a statement on the streets. Simple but essential for levelling up your look for off-duty days. Rep with a fresh pair of RS-X sneakers for a throwback feel. 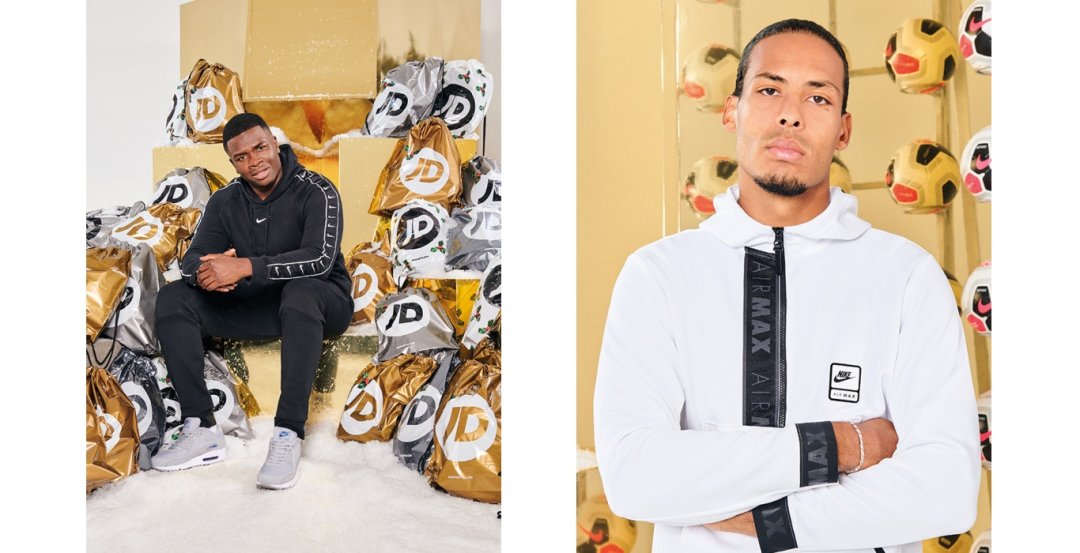 Michael Dapaah AKA Big Shaq brings the heat wearing iconic Swoosh threads. With his YouTube mockumentary series ‘Somewhere in London’, actor, rapper and comedian Michael Dapaah has been donning our screens with ease. Reppin’ a black Tape Fleece Overhead Hoodie, Dapaah turns looks just as slick as his rappin’ skills and finishes his ‘fit with Air Max 90s to complete the retro look.

Man of the match, Virgil Van Dijk is on the ball and keeps it fresh in Nike. In a JD-exclusive ‘fit, Liverpool’s best defender and captain of the Netherlands national team has off-duty comfort on lock. Virgil layers up in Air Max 1/2 Zip Hoodie, the ideal coverage from the pitch to the stands. 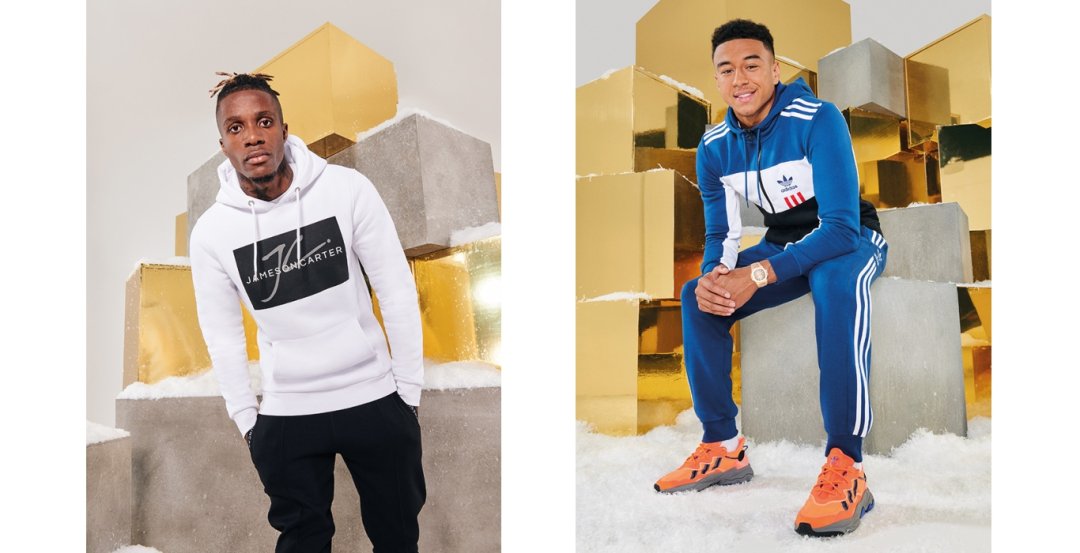 Frontman Wilfried Zaha has taken his pitch skills to new levels when playing for squads like Manchester United and Crystal Palace. Snapped up at the age of 12 by the Eagles Academy, Zaha is known for picking up the pace and being a forward threat, netting league goals and baggin’ Player of the Year back in 2018.

Catch Zaha taking comf’ up a level in a monochrome Box Logo Hoodie and Lowton Track Pants from JAMESON CARTER – simple yet essential comfort for the weekend.

To keep covered and cosy with winter essentials, take inspo from Lingard’s ID96 Full Zip Hoodie and  ID96 Joggers look for a pitch and street-ready style and add bold sneaker to make a statement. 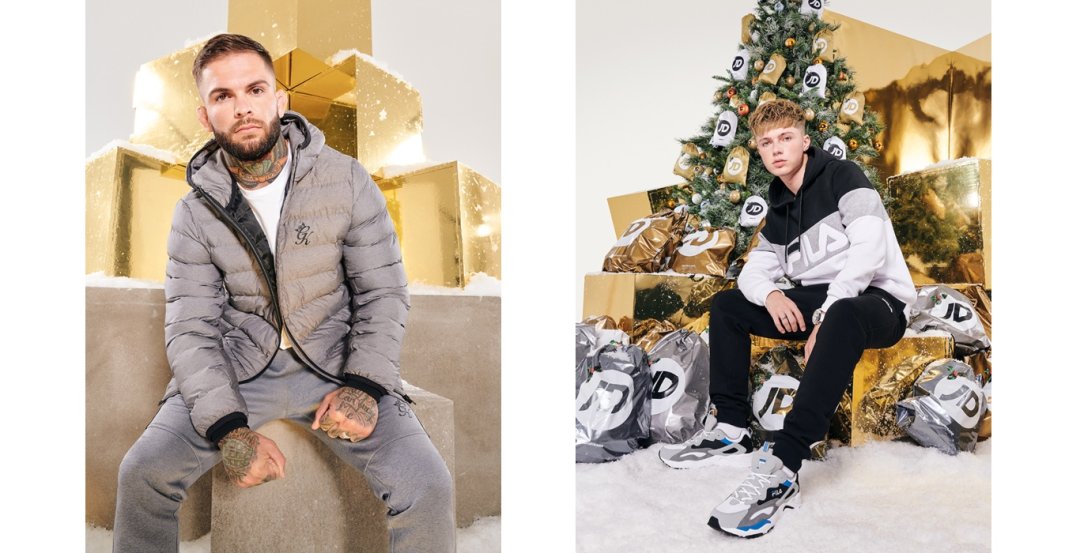 Keepin’ his style fresh in and out of the gym Cody Garbrandt styles up to the streets in a full Gym King ’fit.  Mixed Martial Arts mega-champ Cody has been wrestling his way through the ranks. Starting off as a boxer, he has since been dominating the fences becoming #9 in the UFC bantamweight league.

Singer and social media sensation, HRVY turns up in a full Fila ‘fit levelling up his comfort! From takin’ over Facebook and YouTube to presenting hit TV show ‘Friday Download’, HRVY has performed all over the world on tour since releasing his first ever EP back in 2017 and has been rising up with his very own tracks taking over the music scene.

Showing us cosy SZN has fully come through, HRVY reps the Fila Trent Hoodie with matching Todd Joggers, and steps up his look with the Ray Tracer – a classic sneaker with a winter-ready finish.

Get your wish list stocked up and shop the freshest threads now!