After being teased for months, Nike has officially revealed that the Dunk will return early 2021. Inspired by the dynamic energy and team spirit of college basketball, the Dunk is comin’ back from the archives in not one, or two but three classic colourways.

Continuing the legacy of one of Nike’s archive sneaks, the latest drops will land on 14.01.21 in full family sizing.

The Dunk stays true to your crew. Be a part of the crew and get the low down on the latest right here… 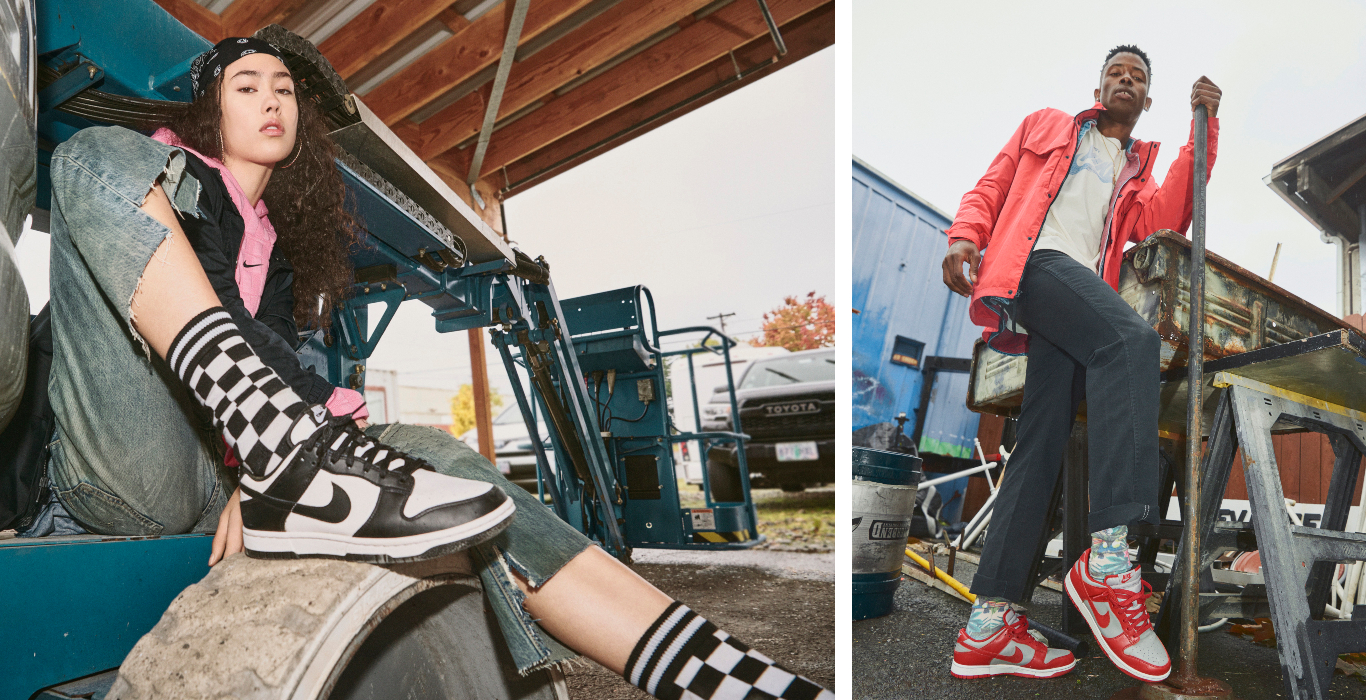 Nike first introduced the Dunk silhouette back in 1985. Designed by Nike designer and legend Peter Moore (who also worked on the Air Jordan 1), it was first known as the ‘College Colour High’, named after its use as a college b-ball trainer. The first 12 colourways all represented America’s top basketball schools and the sneaker quickly became a symbol of the team mentality – unique individuals banding together to make their mark.

Moving away from the silhouette’s humble beginnings, the Dunk has since been adopted as an icon within sport, skateboarding and street style. From appearing on the cover of The Mix Crew’s Black Leather EP in ’87, to being centre stage in School Daze, Spike Lee’s comedy-drama in ’88, the sneaker has made waves the last 35 years.

By ’98, Nike revisited their archives and brought back the original colourways. Since then, the sneaker has seen a whole load of collabs and colourways, including iconic designs with Stüssy, Supreme, Off-White and more.

From its roots in college basketball to making waves among crews and subcultures around the world, the Dunk has always been different… 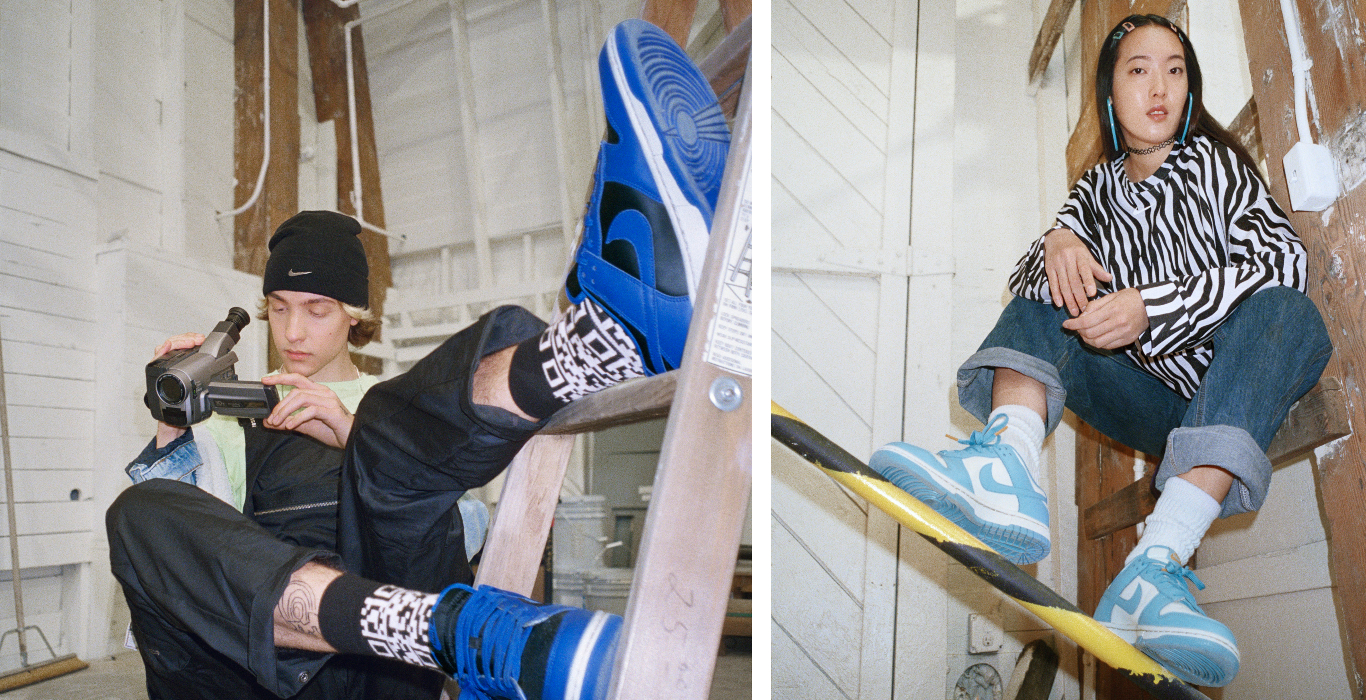 Created for the hardwood but brought back for the streets, both high and low versions of the Dunk return – this time, in some of the original school team colours. Expect to see Black/White, Red/Grey and Blue/Sail versions, which bring a fresh look to the Dunk’s iconic colour blocking.

Sticking with the OG design lines for ‘80s feels, the upcoming drops each have a premium leather upper, and they’re sat on a soft foam midsole for lightweight, responsive cushioning; on and off the court. Finished up with the iconic Swoosh to the sidewalls. 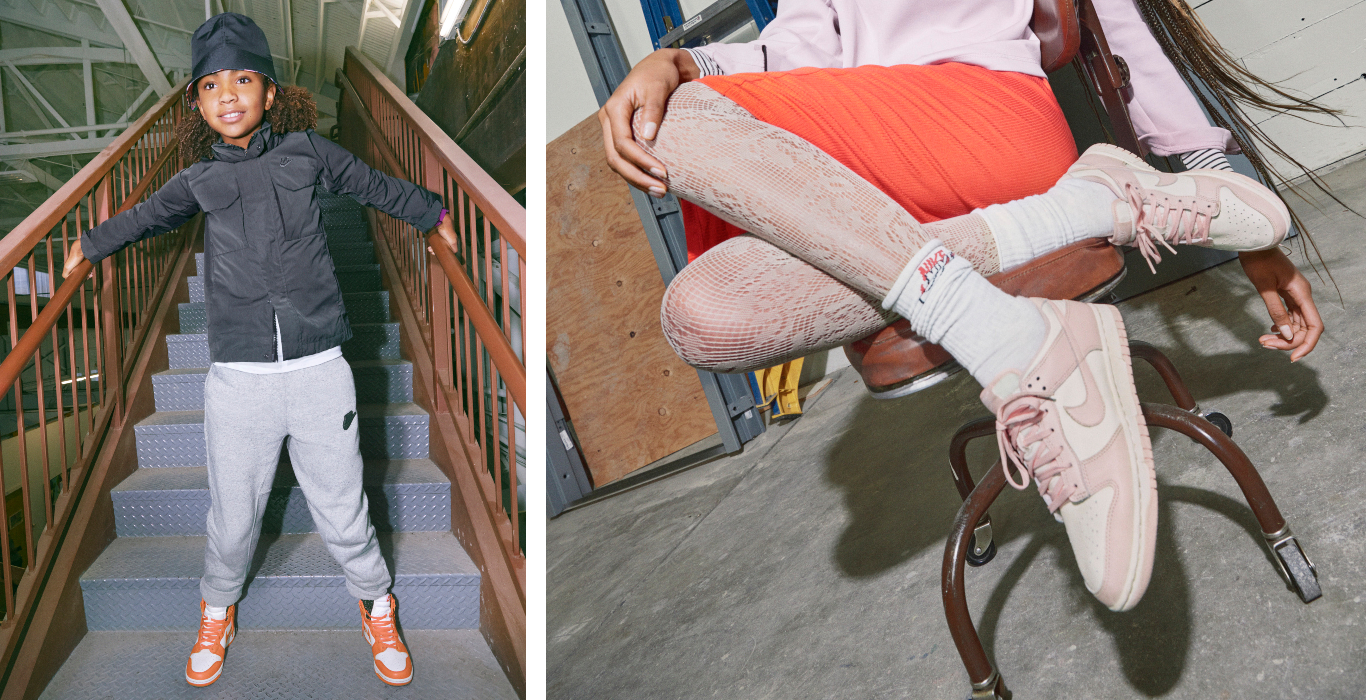 For a signature look that never goes out of style, the Dunk delivers. The legacy continues, 14.01.21.

Wanna’ beat the crowds and reserve your pair ahead of launch? Stayed locked in for more info on how you can reserve your Dunks from 07.01.21 via JDX – AND get launch day delivery. Mark your calendars!