A pair of court essentials make their long-awaited return. The Air Jordan 6 in the iconic ‘Black Infrared’ colourway are set to drop on 16.02.19 @ 8am

Originally released back in ’91, they were the sneakers that Michael Jordan wore to win the first of his six NBA Championships. After finishing on top of the East Conference, the Chicago Bulls, lead my MJ, stormed to their first ever NBA Finals to set up what would be an iconic clash with the Los Angeles Lakers. The Finals saw MJ and Magic Johnson go toe-to-toe with the Bulls ultimately capturing their first ever NBA Championship in a 4-1 series victory, ending the Lakers’ Showtime Era and displaying the iconic Air Jordan 6 sneakers on the biggest stage in basketball.

The Air Jordan 6 were designed by legendary designer, Tinker Hatfield. Hatfield based the silhouette on MJ’s collection of German sportscars – givin’ the sneaker a fast yet sophisticated look! They’ve remained popular over the past 28 years, with the ‘Black Infrared’ colourway being especially sought after – getting retro’d in 2000 and 2014. Loads of pop culture figures have been spotted stylin’ out the kicks, which has only added to their iconic status, from Michael B. Jordan and Mark Wahlberg to DJ Khalid and Kanye West.

The 2019 retros go back to basics, using the OG Nike Air branding to the heel instead of the Jumpman. Made with a black nubuck leather upper for supportive wear and a premium look, these creps come with infrared and white detailing to the midsole. The foam midsole uses visible Air cushioning to the heel for responsiveness on the court and the streets, while the translucent outsole keeps you steppin’. 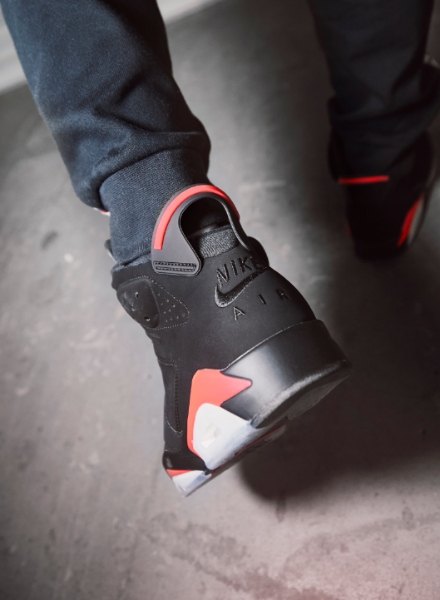 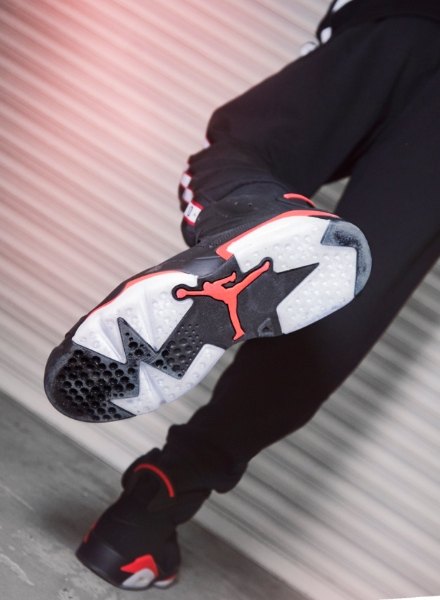