Get to Know: Deakins

Founded in 1991, Nicholas Deakins has grown and evolved over the past 28 years. Seeing success creating high-quality footwear, the Nicholas Deakins brand has been split into a number of collections, one of these being Deakins.

With a number of styles that are new to JD, Deakins’ footwear has you covered for your triple black fix – perfect for Back to School season.

Back in 1991, Craig Nicholas Tate founded the Nicholas Deakins brand, while studying for his Fashion and Textile degree in London. At the time, Tate had found a niche in the market for affordable, smart-casual shoes that could be worn on a night out – something that wasn’t trainers!

While working a summer job, Tate joined forces with one of his friends that worked in a menswear shop in Leeds. They came up with a concept and it took off from there. Deakins shoes started selling in stores and Tate decided to take a break from college to give his new brand a proper go. The fact he didn’t ever go back speaks for the brand’s success!

Over time, the Yorkshire-based brand has evolved and expanded – with a number of collections under its belt. Craig Nicholas Tate is still the dedicated managing and design director! 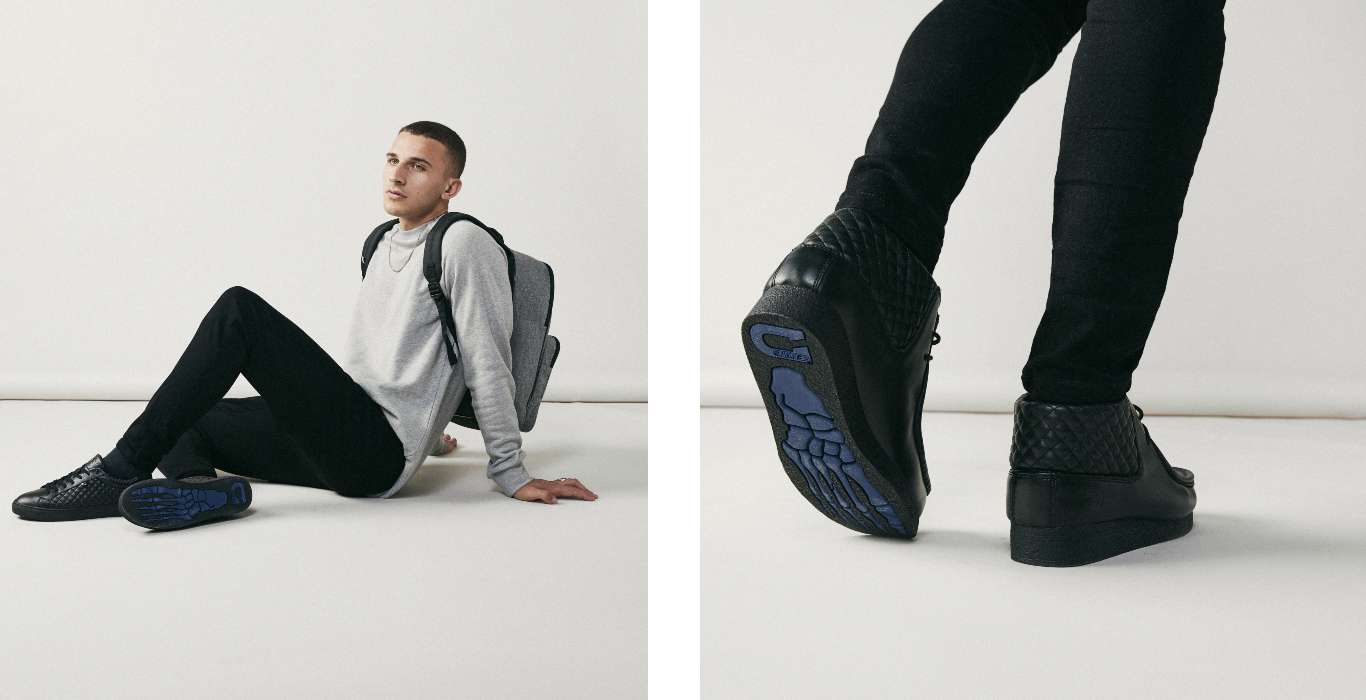 The Deakins sub-brand stays true to Nicholas Deakins’ heritage. Each silhouette is built with quality and style at the focus.

Whether you’re getting prepped for a new school year or you’re heading back to college in September, the collection at JD has you covered! From low-profile styles like the Mansell and Colonel to the mid-cut Gennaro and Beckley, each silhouette is built from premium leather in a triple black colourway – fitting the back to school dress code ✔️