When it comes to cushioning, Nike is king! Everyone has a pair of creps with Air in them, but have you copped a pair that are tuned up with React?

React is Nike’s most responsive and technical cushioning to date. Blowin’ up since it first arrived on the scene in 2018, Nike has just brought all the essential React silhouettes to JD!

Get ready some React freshness from the Swoosh…

When Nike dropped the LunarEpic Low Flyknit in 2017 with Lunarlon foam, it seemed like Nike cushioning had peaked. There was no way cushioning and performance could be pushed any further, but less than a year later the Epic React sneakers dropped using the brand new React cushioning.

But what is React?

Nike’s aim when creating React was to make cushioning that could satisfy the needs of every runner – everyone!

After questioning thousands of runners, Nike found that what runners wanted most from their sneaks was next-level cushioning, energy return, a lightweight feel, and longevity – all in the one silhouette! No problem, right? ?

Despite it being a near impossible task, Nike manage to craft the most responsive cushioning ever with React. 11% softer and 13% bouncier than Lunarlon, it was created through testing 400 material combinations with over 2,000 hours of wear time. 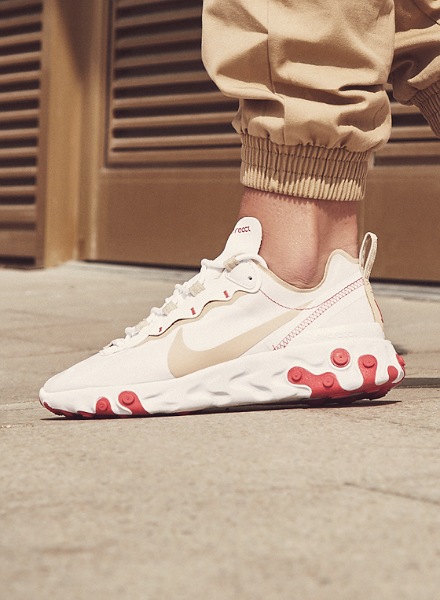 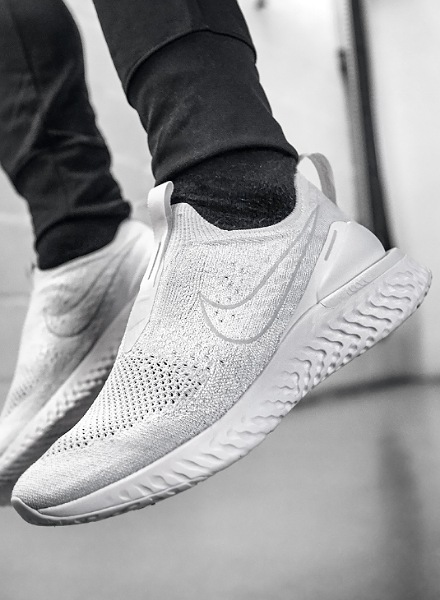 The first sneaker to come with React cushioning was the Epic React, which first dropped back in early 2018. The iconic silhouette quickly became a street and performance essential, and now it returns with all the latest editions!

Takin’ the look back to basics, the women’s Epic React Flyknit 2 creps in white come with a Flyknit upper to keep your feet cool and supported. A synthetic heel counter adds stability while the chunky React midsole underfoot keeps your feet comfy and cushioned.

The latest men’s silhouettes come as a spinoff to the Epic React – the Epic React Phantom! The Phantom React sneaks keep the same performance and style, while ditching the laces for a seamless look. With Elastic Flyknit to the collar and tongue for a locked-in fit, these switched up creps take Swoosh style to the next level. Cop the React Phantom collection here. 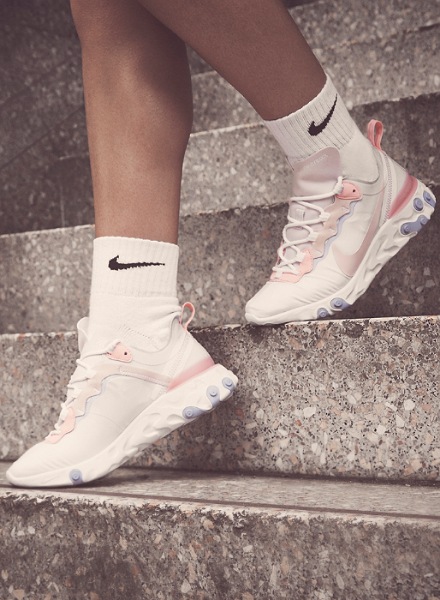 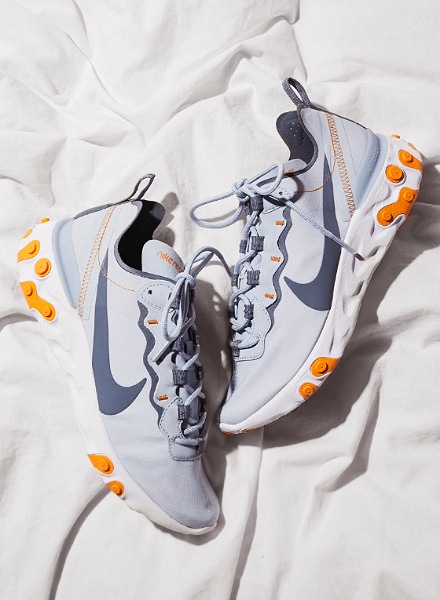 When the React Element 87 dropped, sneakerheads couldn’t get enough of them. The comfort of React mixed with a standout street upper was a combination for some classic creps! Wanting to give everyone the chance to get the fresh Swoosh sneaks, Nike quickly followed them up with the React Element 55 trainers – the new street standard!

The React Element 55 is made with a textile upper to keep your feet feelin’ cool and fresh, while bold detailing adds a statement edge to their look. Takin’ inspo from throwback runners such as the Internationalist, the 55 sneakers are drippin’ with retro style. Combined with a React sole that has pod detailing for added style and grip on the streets, the creps show there are no limits to Nike’s genius!

For the first time, the women’s React Element 55 sneakers have landed at JD. Comin’ through with the freshness, you can grab them in a range of colourways that all make a statement.

Bringin’ more to the table than just the OG editions, you can cop a unique look with the React Element 55 SE sneaks. Coming in white designs, they take the colourways back to basics for a poppin’ look.

You might wanna go in the opposite direction? Maybe turn the style all the way up to 11? Then the men’s React Element 55 Premium sneakers are perfect for steppin’ up your crep collection. With the same cut and tech of the OG, these creps are levelled up with iridescent uppers!

Don’t miss out on all the Epic React and React Element 55 goodness that’s just dropped here at JD.

Start Your Weekend Early with Superfoxx