Khan Ready For Final Chapter: Aims To Go Out On Top

Amir Khan makes his return to the ring this Saturday to take on Canadian Phil Lo Greco, at the Echo Arena in Liverpool, almost two years after suffering a heavy defeat to Canelo Álvarez.

The former super-lightweight world champion will be fighting on home soil for the first time in nearly five years, as he looks to rebuild his career and go out on his own terms.

“I have just turned 31, I am at the peak of my career now,” Khan said. “And this next year or two is going to be the final chapter.

“So, I want to make sure that I grab it with both hands and win another world title, win more fights, and call it a day on top — I can’t just retire after the Canelo loss.”

Khan’s boxing journey has taken on a parallel with British rival Kel Brook, who recently made a successful return to the ring against Sergey Rabchenko at 154lbs.

Both fighters lost world title fights, and had achieved enough in the sport to call it a day.  However, like Brook, Khan wants another chance to be a world champion and go out on his own terms.  The overarching matchup with Sheffield’s Brook could finally happen, if the Bolton born fighter can overcome his Canadian opponent.

The two 31-year-old boxers have been linked with a potential matchup for some years.  With both now signed to Eddie Hearn’s Matchroom Boxing, and at a similar stage of their careers, it seems like the fight is destined to happen.

With the prospect of an all British showpiece awaiting, Khan must first negotiate past his confident opponent ‘The Italian Sensation’.  With 28 wins and just three losses, Lo Greco has only ever been stopped once, and that was to the talented Errol Spence Jr., in a fight the Canadian took at short notice, as a last minute replacement. 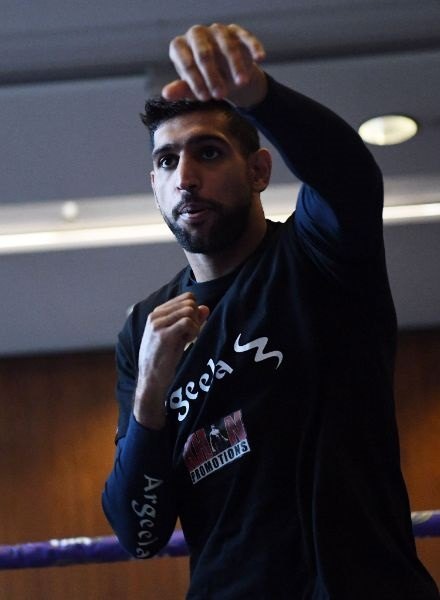 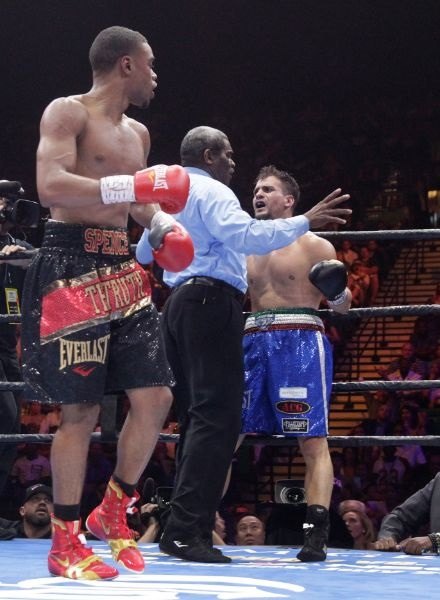 Another, was a unanimous points decision against Shawn Porter. And although Lo Greco has only lost three bouts, they have all arrived in his last six fights.

Khan is an overwhelming favourite to beat Lo Greco.  His hand speed is world class and he holds a three-inch reach advantage over his opponent, who likes to fight on the front foot.

Having suffered two heavy knockouts against Breidis Prescott and Álvarez, Khan’s fights will always be compelling for his offensive arsenal and defensive vulnerability.

During the opening press conference, Lo Greco and Khan engaged in a verbal sparring session, but when the Canadian made comments about Khan’s personal life, the Bolton man threw water over him.

This Saturday, the battle will commence in the ring and fireworks will be expected.  Hopefully, this just serves as the appetiser to a potential main course super-fight with Khan against Brook in the future.