It’s official! After weeks of grafting, flirting and dumping…the Love Island final is happenin’ tonight at 9pm on ITV2 and ITV Hub.

Missed some of the most recent goss from the villa? We’ve got you covered. Right here, we’re catching you up on everything that went down in paradise during week 8! So kick back and catch up ahead of the final tonight… 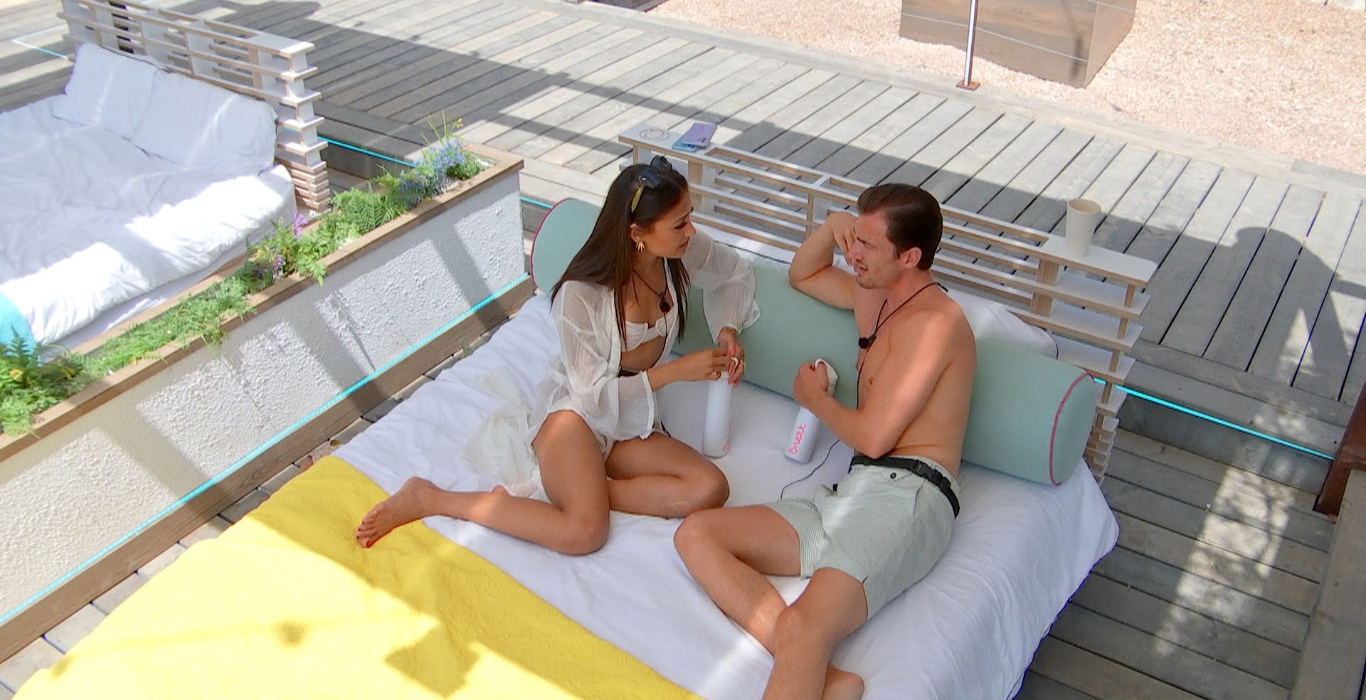 Following the Islander vote where each couple had to choose who they thought were least compatible, the final week kicked off with newcomers Priya and Brett being dumped from the Island.

Back in the villa, the vote had been causing tension, with friendships AND relationships all being questioned. After a dose of drama, the Love Island talent show lifted everyone’s spirits, with renditions of Tom Jones, Grease and more leaving a smile on everyone’s faces.

Cue the baby ep! Iconic in each season, the baby challenge came this week with each couple waking to a ‘baby’ needing to be fed and cared for. With the boys heading out on a dads golfing trip, the girls had to step up in order to pass the challenge. 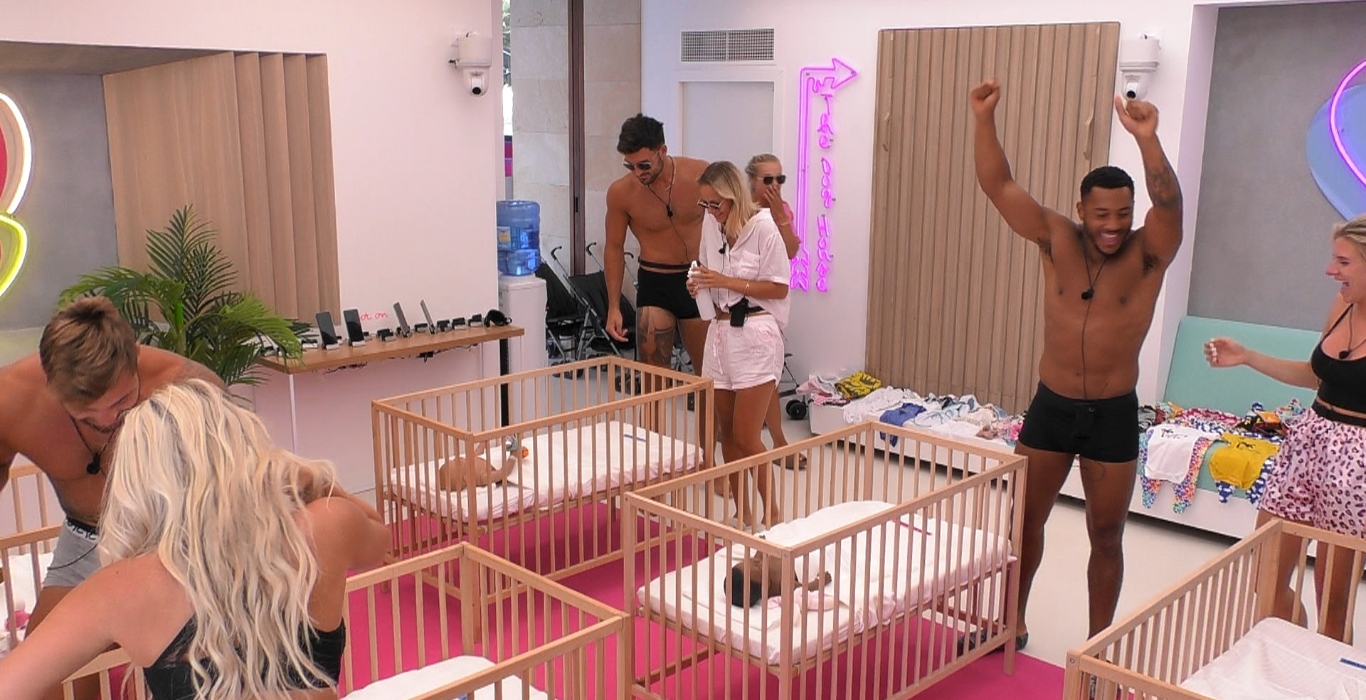 After the babies were safely returned, the Islanders got ready for another night in the villa. A surprise text meant that the couples had to gather around the fire pit for another dumping following a public vote. It was revealed that Mary and Aaron received the fewest votes and had to leave the island.

Also iconic in the final week…the final dates! With everything from dinner dates in a castle, to pool dates, picnics and more, some of the Islanders used it as an opportunity to take their relationship to the next level. Teddy asked Faye to be his girlfriend, while Liam and Millie finally dropped the L-bomb! 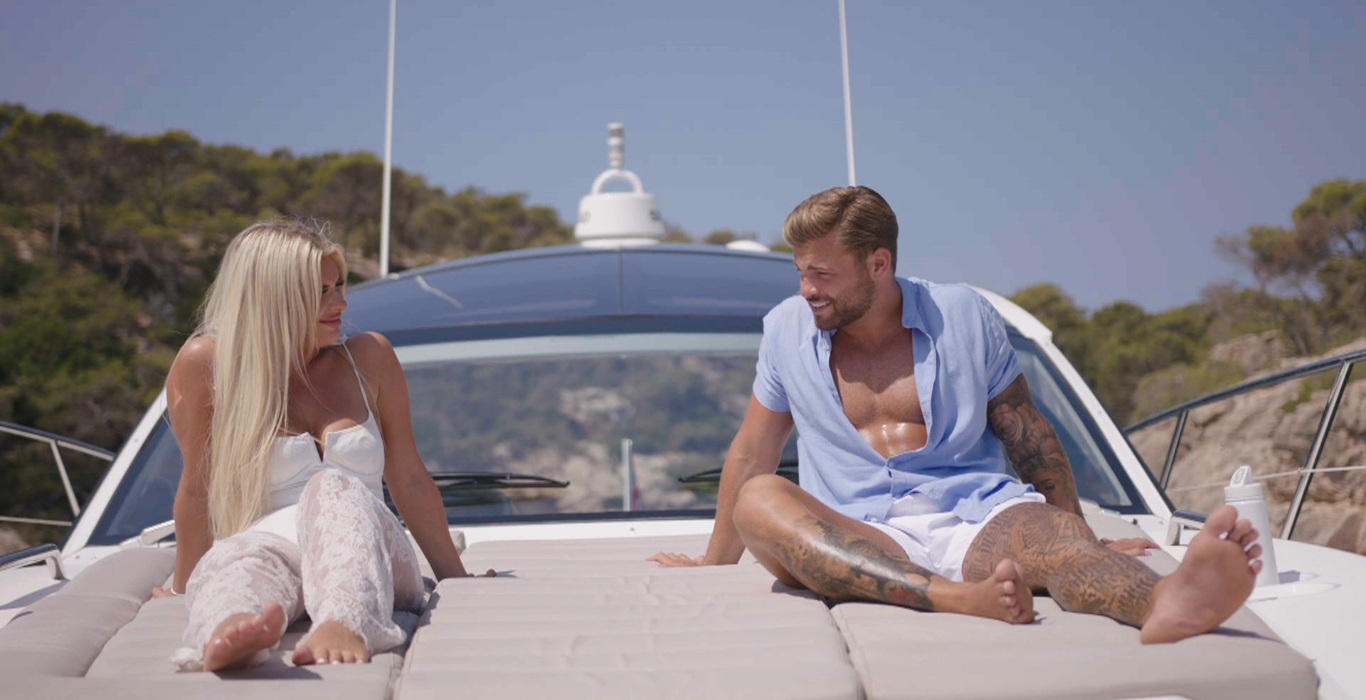 While most of the couples were basking in romance, there was trouble in paradise for Jake and Liberty; the first official couple of the series. Ahead of their date they’d called off their relationship, with Lib questioning Jake’s true feelings. They headed off on a yacht, got everything off their chest and returned to the villa with some news…they’d both chosen to leave the villa! A Love Island first…

After visits from their friends and family, the week ended with the four remaining couples celebrating that they’d made it to the Love Island 2021 final! 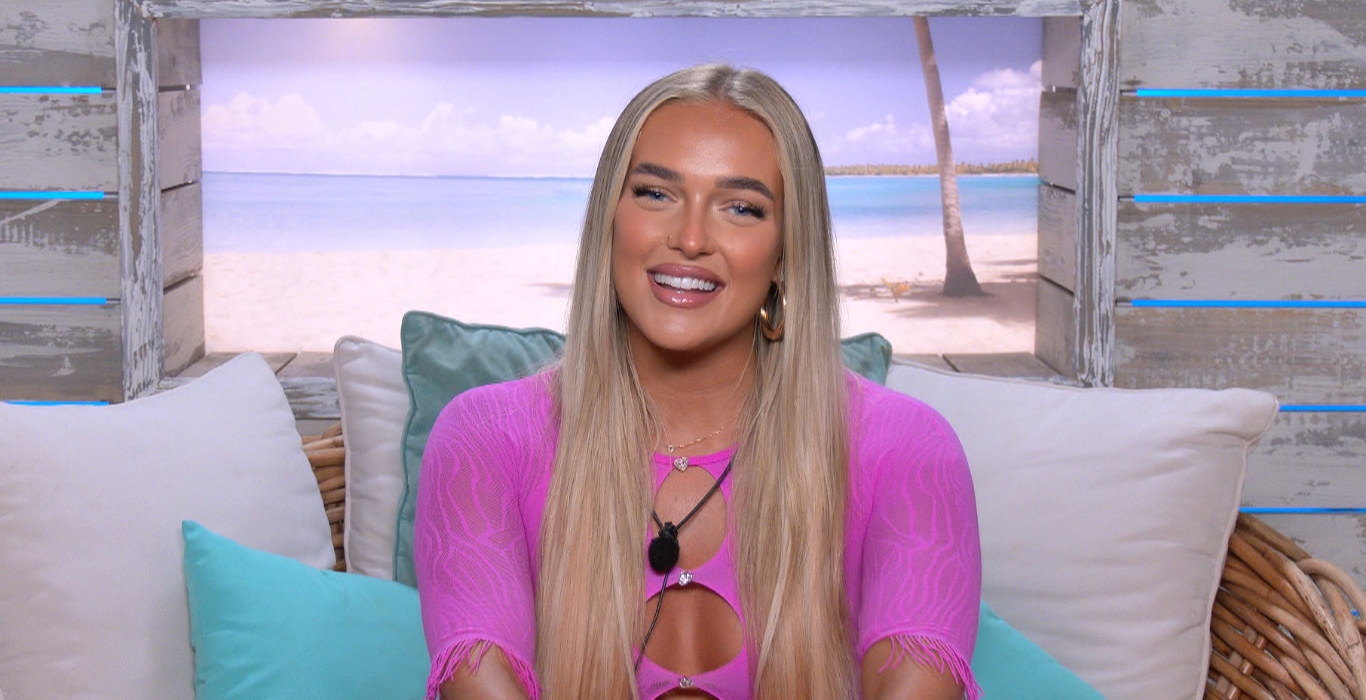 Catch Up with Mary and Aaron

On Wednesday, Mary and Aaron became the latest couple to be dumped from the Island. Want the insider goss? We’ve been given access to both of their exit interviews right here!

When you first arrived, what was it that initially attracted you to Toby in Casa?
Toby’s the nicest guy ever! He’s been one of my best friends throughout the whole time. He’s funny, he’s caring, he’s literally the biggest joker in there. He’s just the nicest guy, ever, literally is.

And when he took you back from Casa – what happened?
In Casa, Abi wasn’t mentioned. I literally thought I was going into the main villa, Abi would be with someone else, me and Toby would be fine, then I was like ‘Oh my god, I’ve got the worst situation.’

And what was it about Aaron that changed things for you?
Literally from day one we got on like this [click]. We got on straight away, literally were inseparable from day two. You cannot fake things in there, which I thought people would have done. You’re with them 24-hours a day. So, if you feel some type of way it comes out. And Aaron’s beautiful to start with and then he’s so fun, he’s cheeky, he keeps me on my toes a lot. He’s not soppy. He’ll be cute with me, but he’ll then keep me on my toes. We literally are like best friends now. I’ve just been so comfortable with him from the start.

Are you leaving as a couple with Aaron?
It’s still proper early days for us. Even though it’s only been 10 days it feels like we’ve been seeing each other for months. We said we’re definitely going to give it a go on the outside. Obviously everything changes when you get out so we said we’re just going to cross each bridge as it comes to it. We’re definitely going to see each other on the outside. 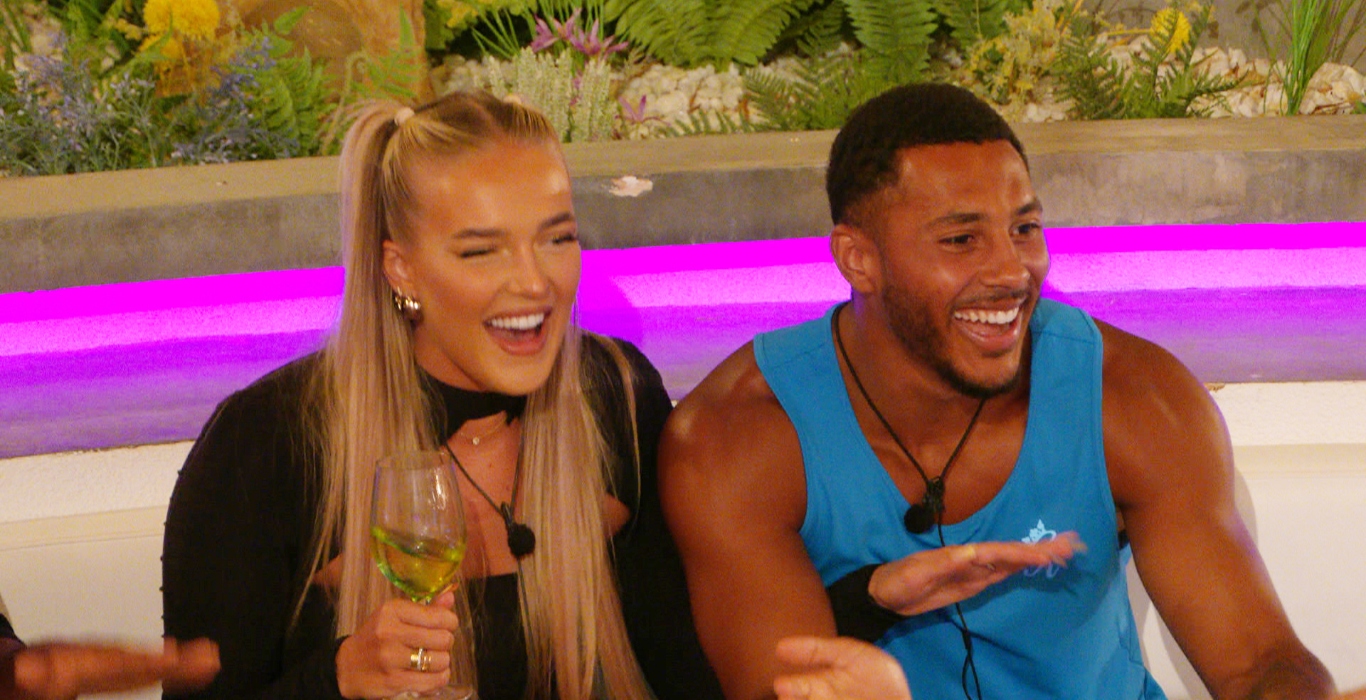 How would you describe your Love Island experience?
It was a unique experience. The only way I can describe it is that I only just got there but I was there for ages. I settled in so quickly and I feel like that is a credit to all the boys especially. They made me feel so welcome and I was myself from day one so I didn’t have to spend a lot of time adjusting. It was an amazing experience that I’ll never ever forget.

It appeared that you and Mary had an instant connection. What makes you and Mary compatible?
I feel like we get on so well. The rate we moved was completely natural. We were the new couple but there was no pressure to be like the other couples in the villa. The fact that it happened so organically was really refreshing and caught me completely off guard. We are very similar people in the way we are on the outside, our personalities and how we deal with situations. We both have a fiery side and like to keep each other on our toes. We’re always laughing and joking. It was clear from the get go.

Are you and Mary going to continue getting to know each other? What is next for you both?
We’ve already spoken about stuff we want to do when we’re outside. It’s exciting that we’ll be able to do normal couple stuff and form a deeper connection.

Who were you closest to during your time in the villa?
I feel like Toby was the boy I was closest to. We were very similar and we were always spending time together as well as Chloe. Me and Mary have already spoken about double dating with Chloe and Toby on the outside which would be cool. Teddy was almost like a big brother to me in there and he is definitely someone I will spend time with outside the villa.

Would you recommend Love Island to a friend?
Definitely. Going into Love Island I wasn’t sure what to expect. It wasn’t what I expected but in a good way! I’ve made friends that I know I’ll speak to for a long, long time and leaving with Mary is the icing on the cake. My experience was nothing but positive and I enjoyed every minute of it. 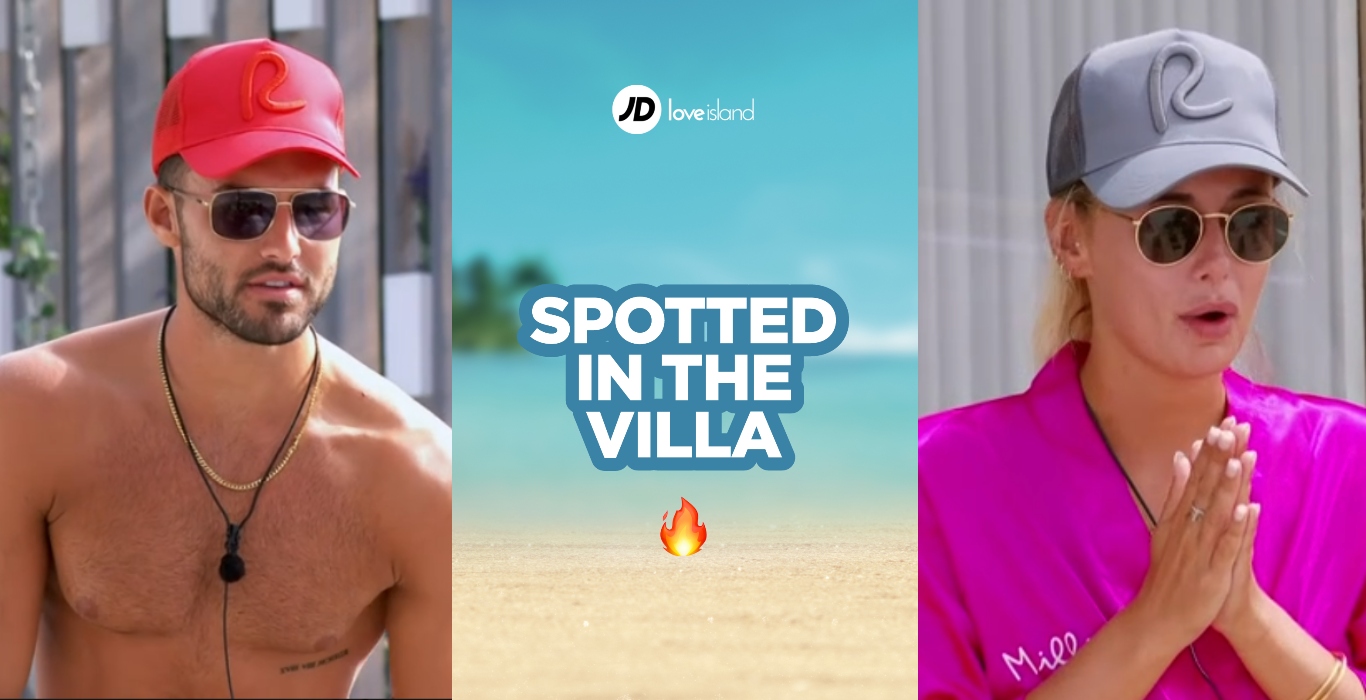 Want the Love Island look? You can cop their fitness ‘fits, trainers and accessories here at JD! From Tyler’s The North Face Slides to Liam’s Air Max 95s, plus the official JD x Love Island Get Grafting Towel – we’ve got you covered. 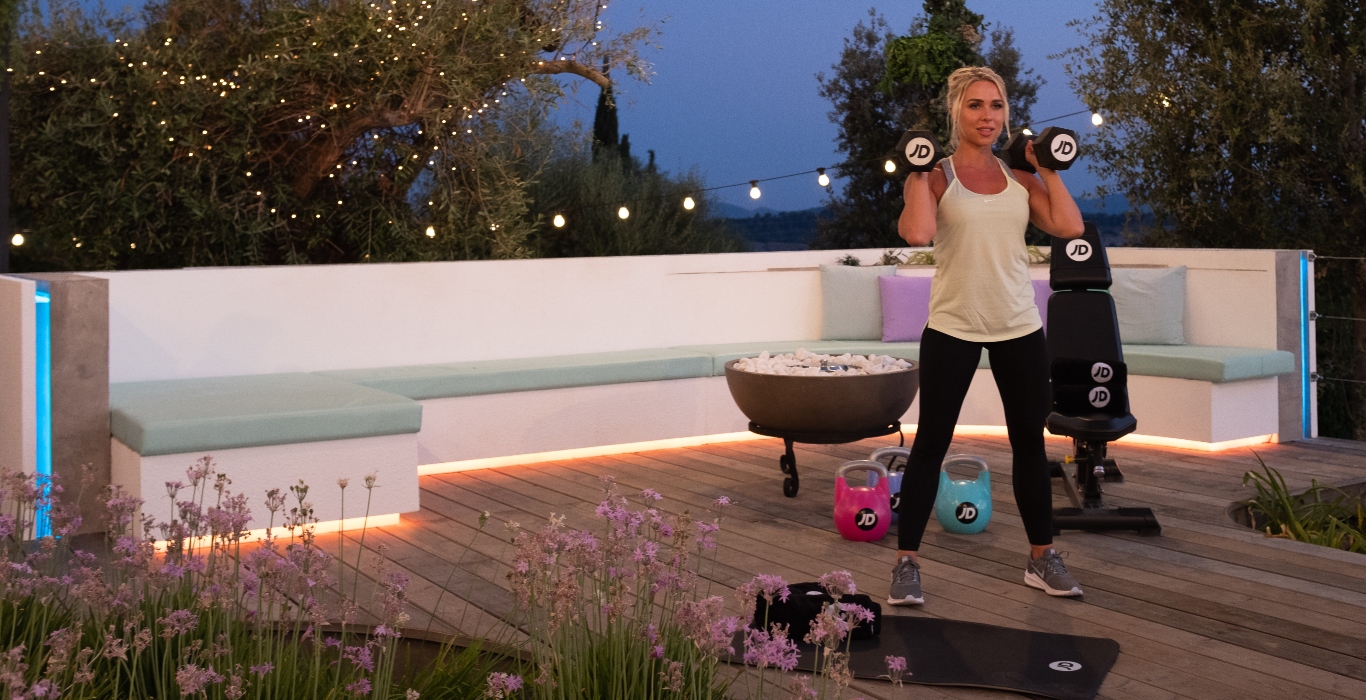 Want to work out alongside ex-Islanders?! We’ve got the app for you. Powered by JD, Love Island Fit is the ultimate fitness app that lets you work out at home alongside some familiar faces.

As well as the likes of Michael, Joanna and more, workouts with dancer and Love Island alumni, Gabby Allen have just been added to the app. She’ll be putting you through your paces with fitness sessions direct from the Casa Amor villa.

Want to try it? Download the Love Island Fit App now and get a FREE* 7-day trial to see what it’s all about.