The penultimate week of Love Island is over, and it was a big one! After host Laura Whitmore made a shock appearance in Sunday’s ep, the Islanders were given an ultimatum to vote off one boy and girl from the villa. The public had voted for their favourite Islanders, leaving Jake, Dale and Tyler in the bottom three for the boys, and Mary, Abi and Kaz for the girls…

Missed an ep or just need a refresh on the past week’s villa goss? Look no further! Get the inside scoop on one of the latest Islanders to leave the villa, shop their looks and loads more. Check it out! 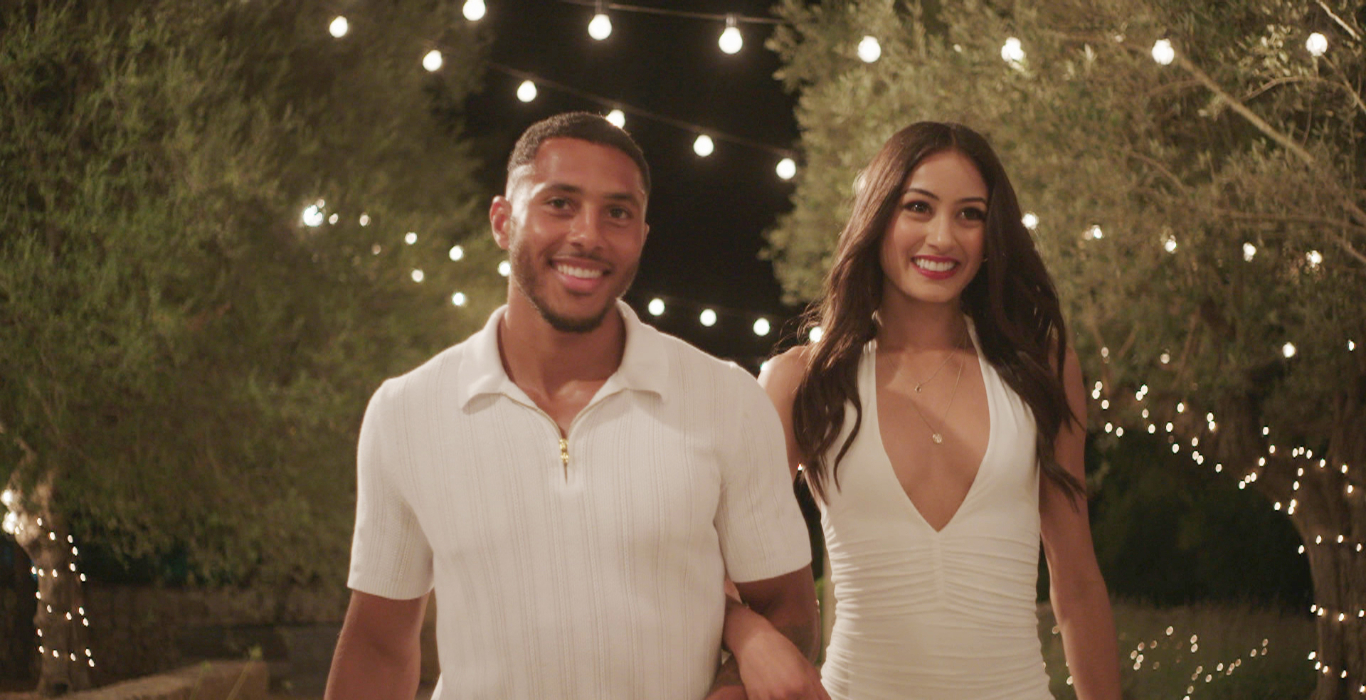 The Islanders made their decision and Dale and Abi were the unfortunate pair that left us. But with two leaving us, two new Islanders set foot in the villa! Enter Aaron and Priya…

The two newbies got the chance to take two Islanders on dates, with Aaron choosing Chloe and Mary, and Priya choosing Teddy and Matthew. Sparks began to fly between and Aaron and Mary, while recently single Matthew made a move for Priya.

After the Islanders took on the hilarious game of Sex Gods, they were greeted back at the villa with another new arrival in Brett! 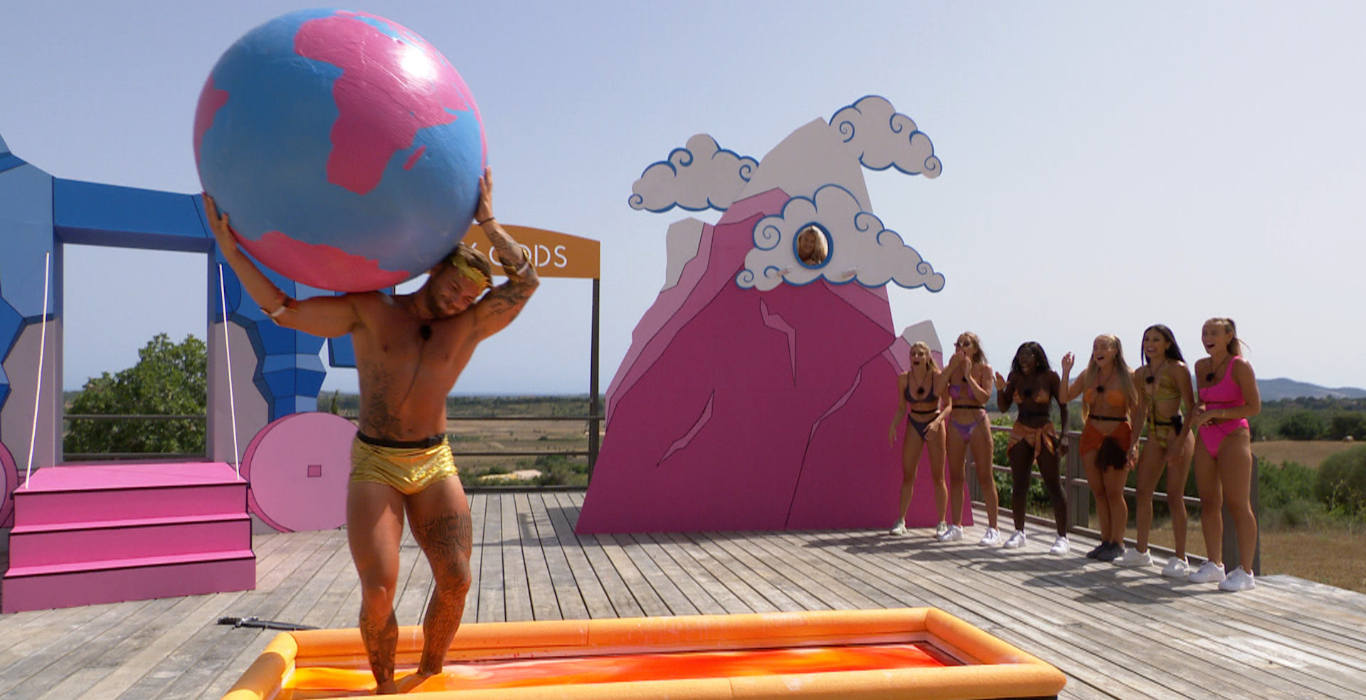 With the newbie in the hot seat, fellow new girl Priya liked what she heard, and the pair headed out on a romantic date together.

Returning from their date, the Islanders were greeted with the classic text asking them to gather around the firepit for another recoupling. It was the girls’ turn to choose, with all of them coupling up with who we expected until it came to Priya…

With a big decision ahead of her, Priya chose new boy Brett, meaning Matthew was left single and therefore dumped from the villa. 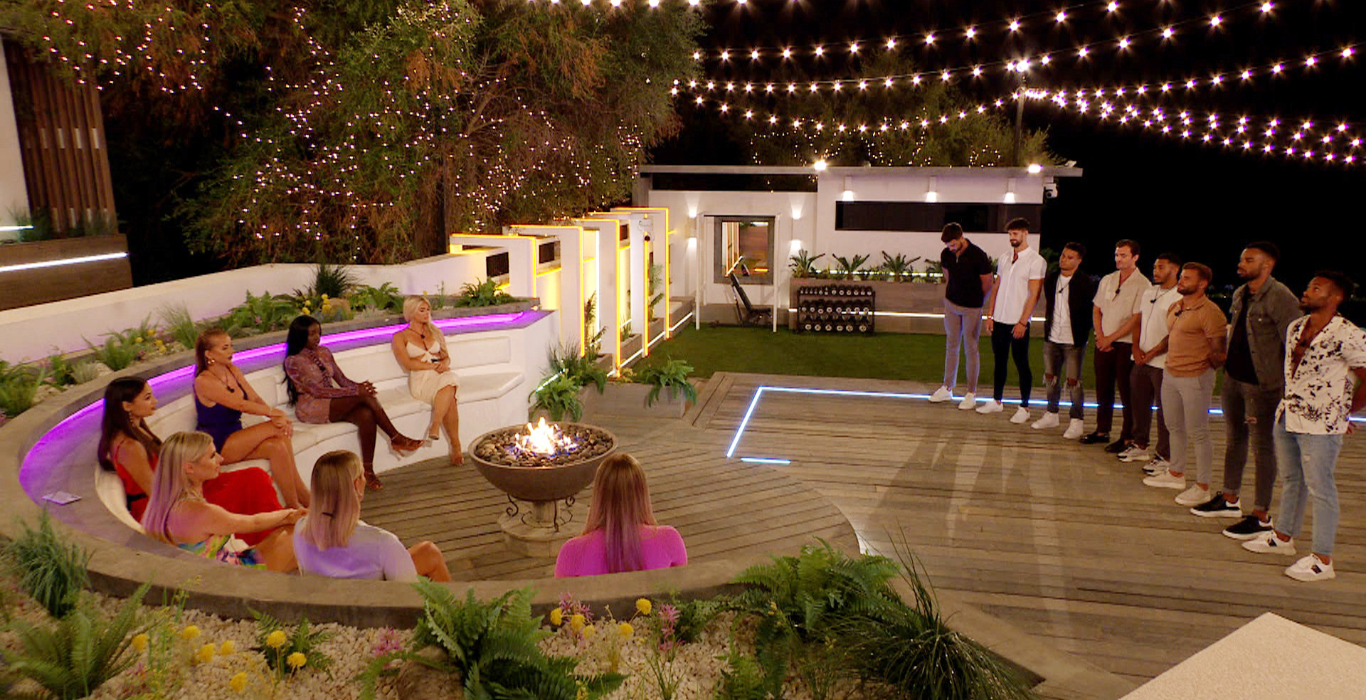 Thursday saw Tyler pop the question to Kaz with a ‘Love Actually’ inspired plan that left the two alone on the roof terrace, and Kaz said YES!

Later on in the ep, the boys and girls faced off in the iconic heart racing challenge, with both teams showing off their mad moves to send pulses through the roof!

Cracks began to appear in Jake and Liberty’s relationship, with Liberty not able to shake off growing doubts from the night at the movies. With Jake’s declaration of love being deemed not genuine from other Islanders, he threatened to leave the villa!

In the final moments of Sunday’s mega ep, the couples all went for dinner together, with each couple asked to vote for the two least compatible couples in the villa. Brett and Priya got the most votes, with Mary and Aaron, Teddy and Faye and Jake and Liberty all at risk.

Whose time is up in the villa?! 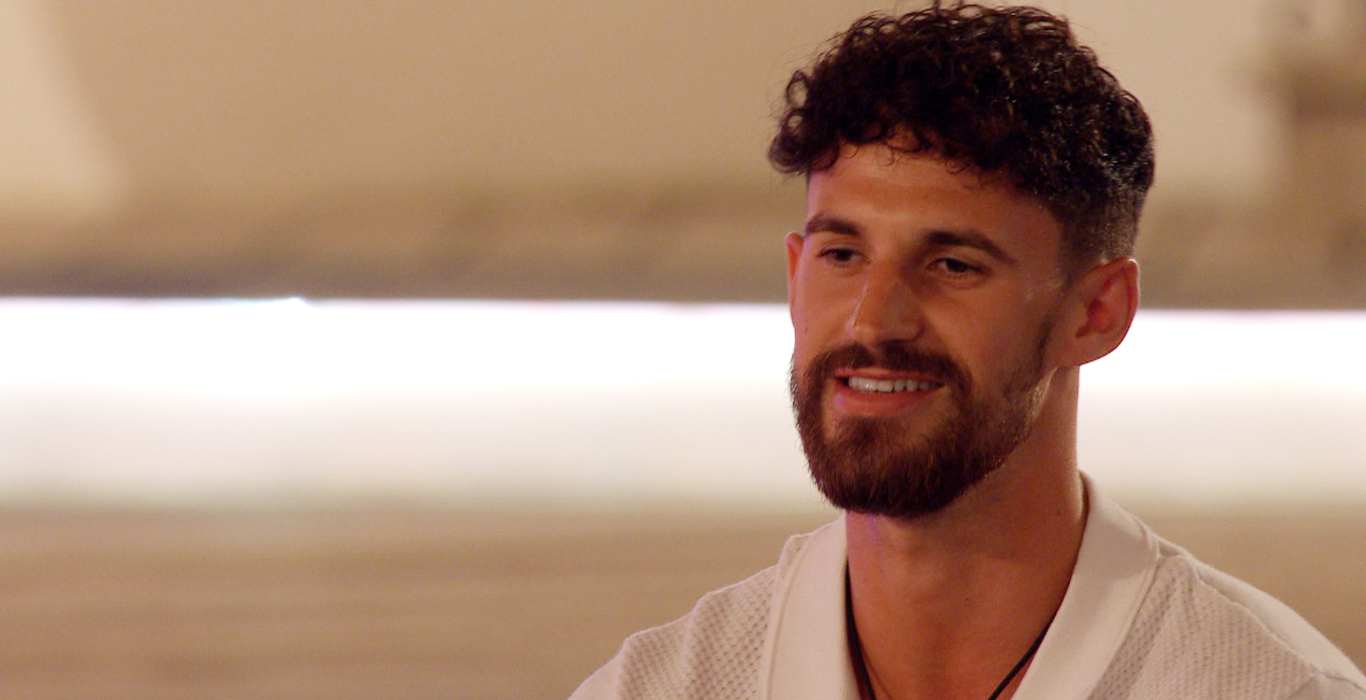 Catch Up with Matthew

After being left single by Kaz and then Brett impressing Priya more than him, we’ve been given insider’s access to Matthew’s exit interview.

How do you feel about leaving the Love Island Villa?
Ultimately, the outstanding emotion I get is that I’m proud. I feel proud of the journey I went on and I stayed true to myself. I met some amazing people there that I’ll be friends with for life. I feel very positive about the whole situation, I’m happy.

How would you describe your Love Island experience?
An adventure! There’s a lot of ups and downs and it helped me realise that is part of the journey. I feel really good about it and I feel like I’ve learnt a lot and I’ll take it to the outside world. It’s given a new perspective in life in that way. I truly am happy with the entire experience.

What do you think you’ve learnt about yourself in the Love Island Villa?
I’ve learnt that my principles can’t be broken. I don’t change for anybody and I stayed true to myself so I suppose resilience. I’ve definitely become a better person and I’m open to change.

Priya then entered the Villa and it appeared you guys had an instant attraction. How do you feel now that she has decided to recouple with Brett?
It definitely took me by surprise. I felt like she was honest with me at certain times and then she wasn’t at other times. I only knew her for a certain amount of time and you can’t understand a person fully in that time.

Did you feel as if there could have been a romantic connection with any of the other girls when you arrived at the Villa?
I felt like it was pretty much Kaz from the start. I did like Millie if I’m honest but I didn’t want to get involved in that situation and I’m happy I didn’t because we’re good friends and I love Liam.

Would you do anything differently if you had your time again?
I’m a no regrets type of guy. You learn from what you go through and I’m very proud of myself and how I’ve acted and how I’ve treated people. I think the course of action I took led me to where I am now and I’m happy with where I am.

Who were you closest to during your time in the Villa?
All the boys really. I love all the boys. Teddy was probably my closest friend towards the end and Liam and Toby. Tyler as well and Jake. Out of the girls, I love Chloe, she’s amazing and she’s the funniest person ever.

Who do you think can go the distance and win Love Island?
I think Jake and Lib, Millie and Liam have the strongest connection. You see in the Villa first hand just how close both of those couples are.

Would you recommend Love Island to a friend?
Absolutely – I’ve loved every second of it. It’s been an amazing journey and I’ve learnt a lot about myself. I really appreciate everyone at ITV and Love Island for having me on the show. 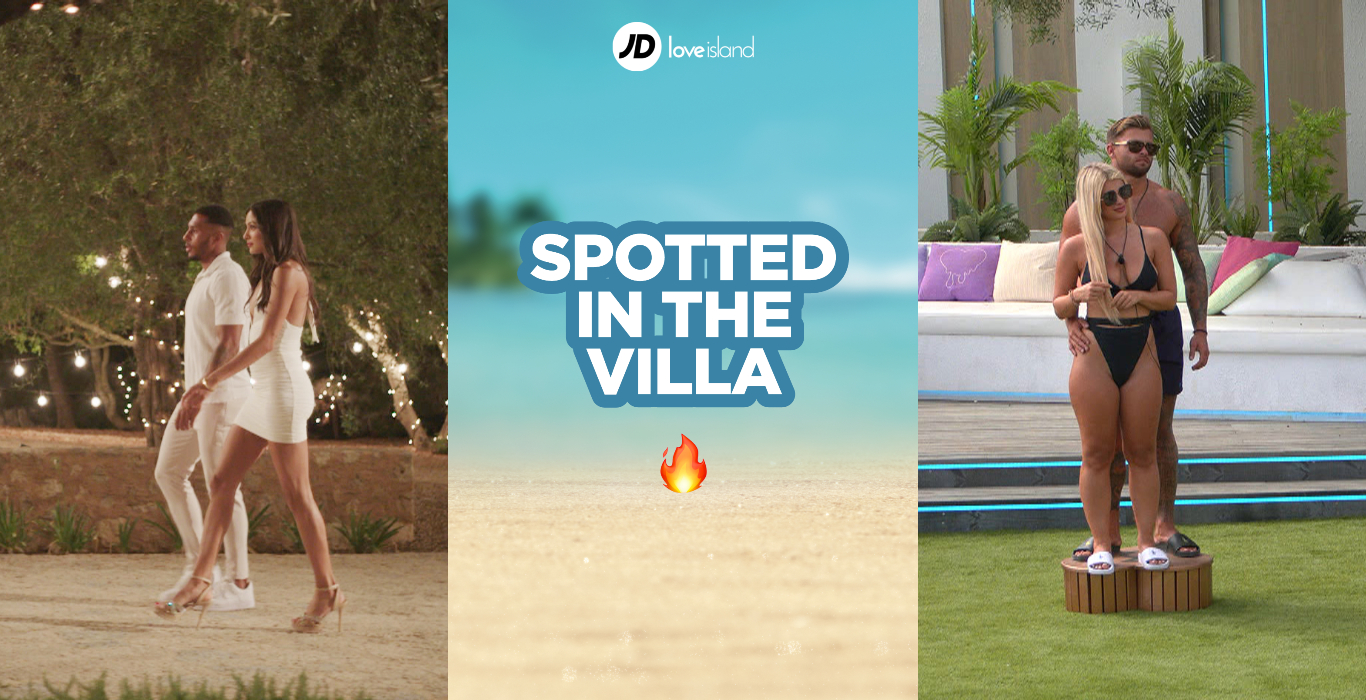 Want to cop the Love Island look? With fitness ‘fits, trainers and accessories, we’ve got you here at JD! From Aaron’s Air Force 1 trainers to Jake and Liberty’s Polo Ralph Lauren Cayson Slides, plus the official JD x Love Island Get Grafting Towel – we’ve got you covered. 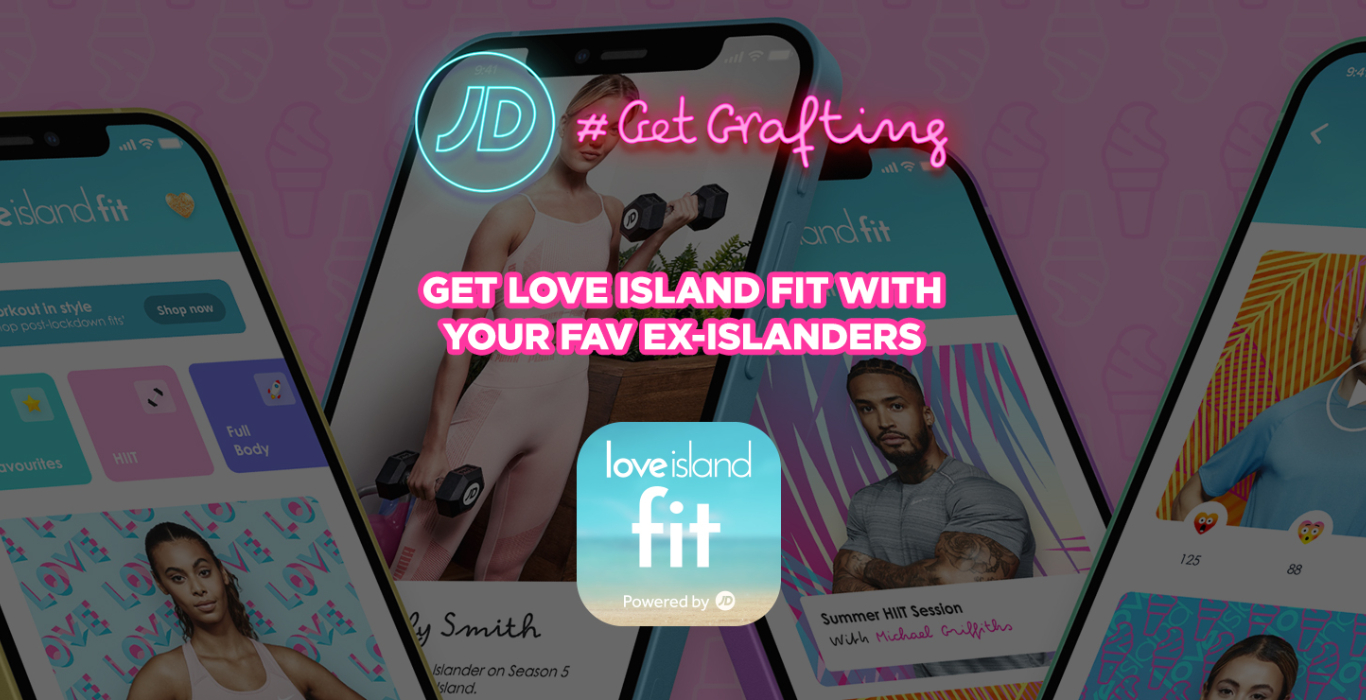 Ready to level up your training sessions?! Work out alongside your fave ex-Islanders with the Love Island Fit App. Powered by JD, Love Island Fit is an all-new fitness app that lets you work out at home with some familiar faces from the show!

What are you waiting for? Download the Love Island Fit App now and get a FREE* 7-day trial to see what it’s all about.

Champions League Of Everything: Episode 5