Haven’t ya heard? Champion’s just announced its latest ambassador; queen of grime, Lady Leshurr! Not only killing the music scene, Lady Leshurr’s teamed up with Champion to switch up the style game.

Want the low down on the gal of the moment? Well you’ve come to the right place. Recently, JD got the chance to sit down with her, getting all the deets on everythin’ Leshurr…

You’ve travelled all around the world. What’s your favourite place you’ve visited and why?

Mexico, Cancun. It was just incredible – the sun, the weather, the location, the beach, the people. It was just very positive!

Who would you consider to be your biggest influence, both musically and in general?

Eminem, Little Wayne, Teyana Taylor and Missy Elliot, as far as the visuals and videos go. In general, my mum is a massive inspiration! 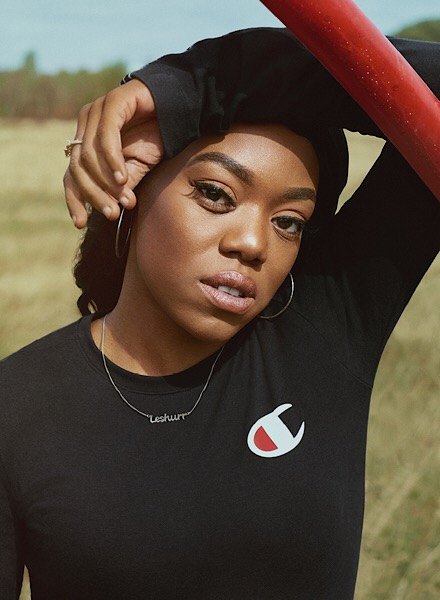 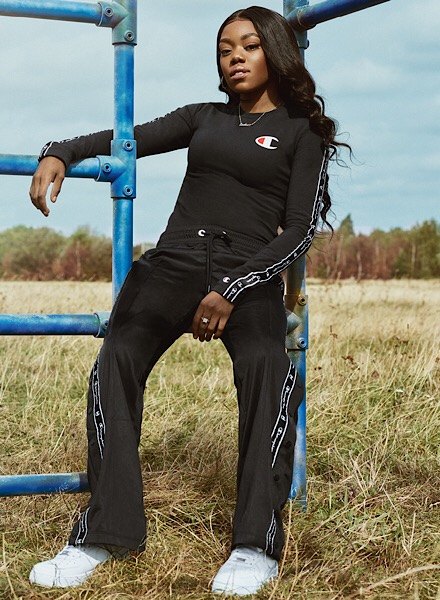 Do you go back and listen to your older mixtapes and demos to see how far you’ve come?

Recently I was on YouTube and y’know when you fall into that loophole – I was listening to songs from 2009 and I was just like, wow. First of all, my voice was like a chipmunk, like mad, mad high. Secondly the way I flow and the way I structure my flows and bars now is completely different. That shows me that I’ve evolved and developed as an artist.

You’ve worked with a lot of people from the likes of Trilla, to Bashy to Double S. Who was your favourite person to collaborate with and why?

I don’t have a favourite yet ‘cause usually I just send the verse over and they send it back. I’ve never really been in the studio. In fact, I worked with Ghetts. The way he works in the studio is absolutely incredible. His energy is definitely what makes him as an artist.

What new projects have you got coming up that you can tell us about?

I‘ve got an album coming soon called Unstable. It’s about me trying to complete something without mentally being stable, but having to pretend to be okay. There’s a lot of ups and downs, it’s like a rollercoaster of emotions. That’s coming at the end of the year and then a tour to follow. 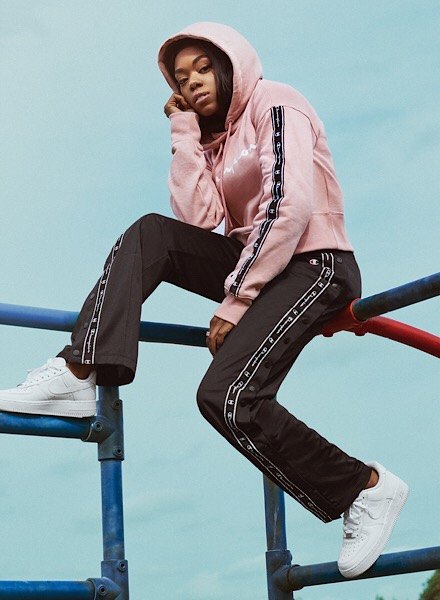 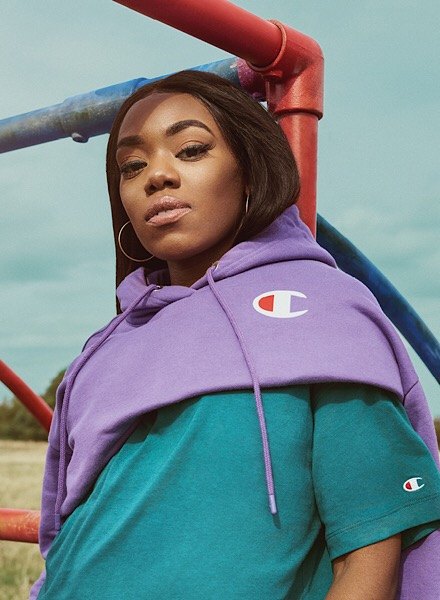 How does it feel to be one of Brums biggest emerging artists, solidly putting your own distinctive mark on the music scene?

It feels overwhelming. I never thought I’d be at the forefront of Birmingham – especially for the females! Miss Dynamite gave me the inspiration to be like ‘you know what, girls can do grime, girls can do garage’. Now it’s come to the point where it’s me that’s carrying Brum on the female side. And in general, to be honest. It makes me feel like I’ve accomplished something and I’m representing where I grew up. So that won’t stop!

What’s your favourite thing about Champion?

It represents me. It makes me feel like a champion by default. Champion is just stylish. It’s a very positive logo and it empowers me.

If you had to choose a single pair of creps to live, sleep and eat in for the rest of time, which would you go for?

It would have to be some Nikes. Either the TNs or the VaporMax. 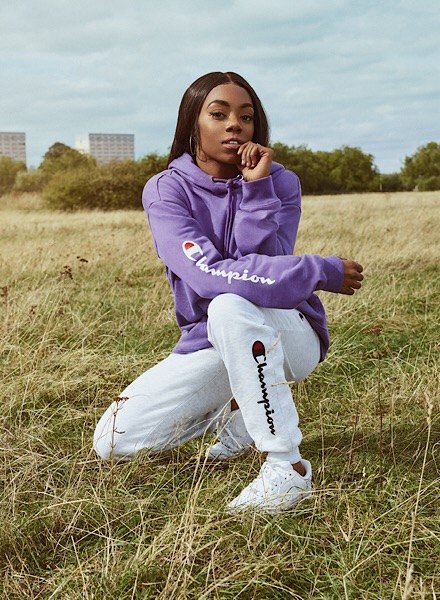 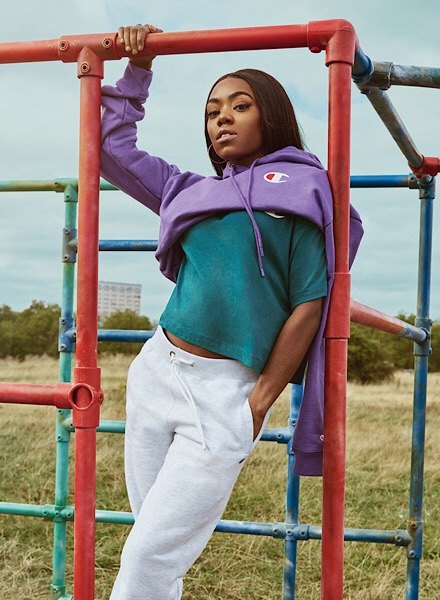 If you got shipwrecked and had to pick an album to take with you, what would it be?

I love doing film because I can be whoever I want to be for that time. But I love music because that’s all I know, and I don’t know where I would be right now if I didn’t have music.

How many times a day do you brush your teeth?

Twice a day I’m not gonna lie. You have to!

If you could collab with one person, dead or alive, who would it be?

There you have it – the inside scoop. Champion and Lady Leshurr, what a team! Keep an eye out for good things to come…