Last weekend we joined JD ambassador Krystal Roxx (@krystalroxx) and an all-star line up of DJ’s including Groove Armada to celebrate the 5th year anniversary of Morning Gloryville; the ultimate sober rave!

The feels are all about love, self-expression and community and we couldn’t WAIT to join the MGV tribe. 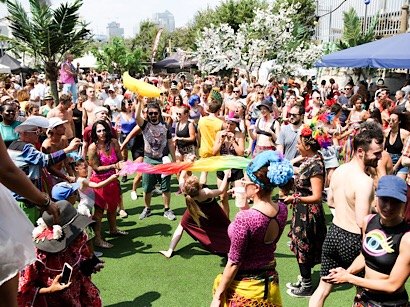 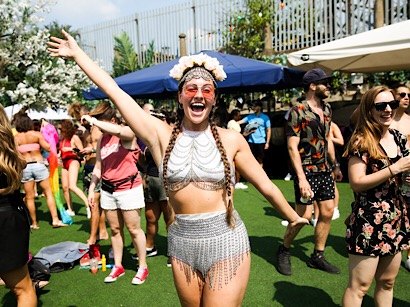 We reached Studio 338 in Greenwich, and stepped into the kaleidoscopic dimension that is Morning Gloryville. We were greeted by hugs from the Wake-Up Angels and lush outdoor vibes in the garden – the house, disco and bass soul tunes were pumpin’.

Needin’ a morning buzz, we headed straight to the alcohol free bar, The Cordial Mixologist (@cordialmixologist) for a chakra shot followed by botanical mocktails and some SRS people watching. There are literally no cares given at MGV, dress code being GO MENTAL. Giant human star? Of course! Disco ball for a head? YES babe! Avocado print unitard? Want!

Of course most peeps were in trainers, with AF1’s, Vans, Converse and colourful Air Max 97’s filling the dancefloor amongst the sequins and feathers. Our Nike bumbags were an absolute godsend, leaving us sisterrrrrrs to do it for oursellllves and hoola hoop til we couldn’t hoola anymore. 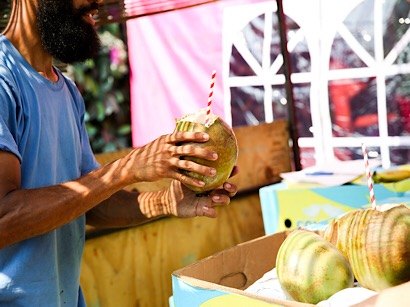 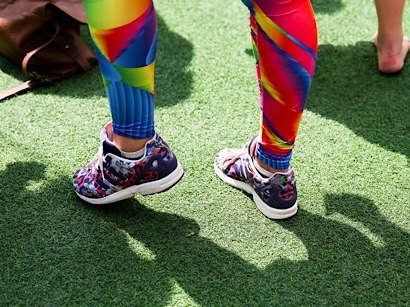 After shakin’ our bootAYs to the legends that are Groove Armada, we grabbed some mid-rave fuel (oh hey vegan caribbean stand!) before taking to the DF once more. Krystal Roxx bounced into the DJ hut, rocking’ the festi vibes in an adidas T and a sequin cape. With it being Krystal’s birthday too, the whole crowd shared the love and sang in unison under the midday sun ??

A quick massage at the Inner Flow Zone powered us up for the last half hour of Krystal’s bangin’ set. After our disco workout, the yoga corner beckoned, where More Yoga held classes all day from Acro yoga to cosmic meditation. We joined a restoring flow to the tribal beats of Anth Lowther (@anthlowther) the perfect way to wind down after a day of sensory overload! 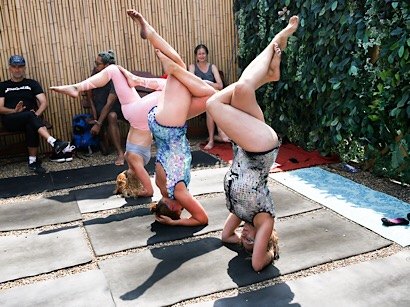 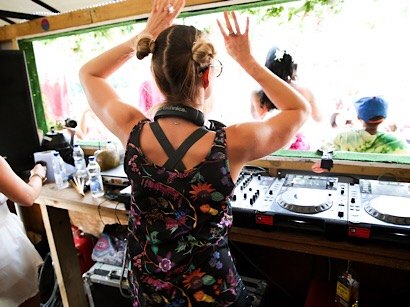 A rave without the hangover? We have offish joined the MGV tribe gals!