Girl, make some room in your rotation because this season, Nike have refreshed the iconic Air Force 1 and we are in LOVE ? ?

First dropping in 1982, the Air Force 1 silhouette isn’t new to being experimented with. Although the OG styles continue to make waves, Nike have created a range of fresh packs like the Jester and Velvet, as well as kitting out the sneak in more than 1700 colourways…

Takin’ it up another level while adding a deconstructed vibe, the Air Force 1 Shadow is here to change the game. 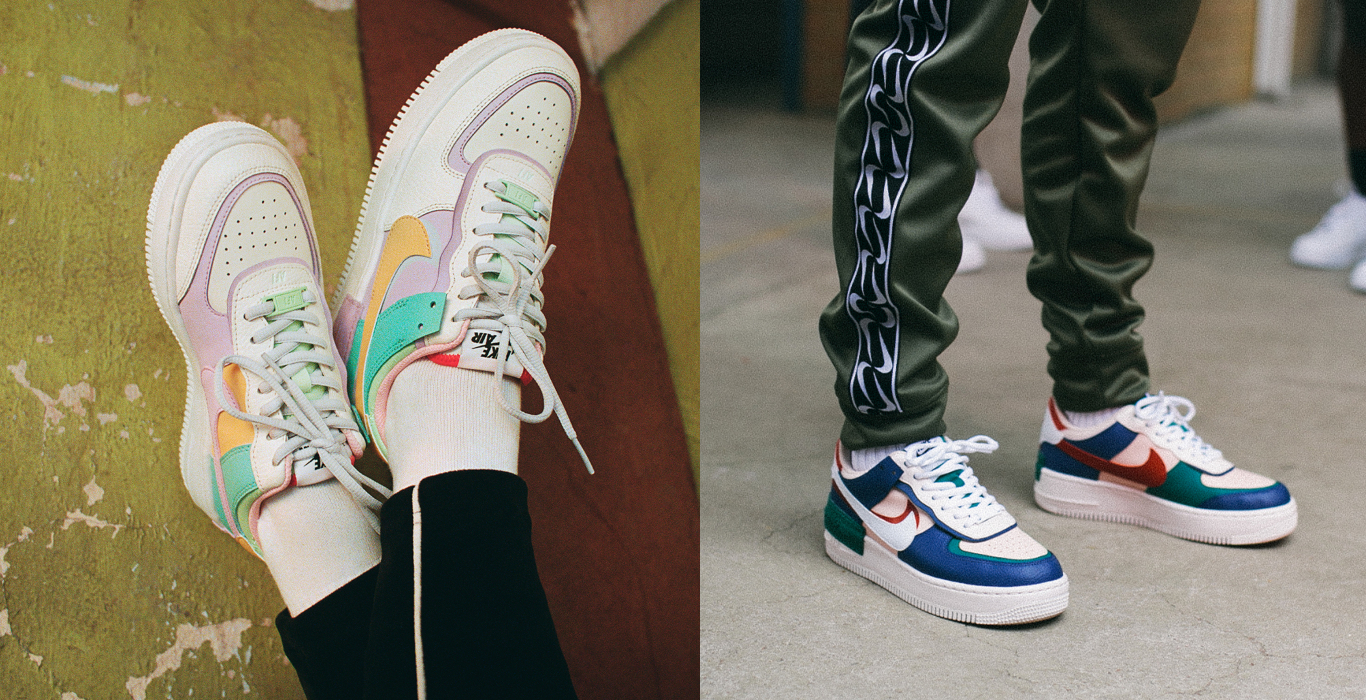 A Closer Look at the Air Force 1 Shadow

A fresh take on an old-school icon, the Air Force 1 Shadow takes the OG design lines and switches ‘em up; undeniable Force with a twist! Created by women for women, these sneakers take inspo from game-changing gals. Women who create change and set examples – hello girl PWR ?.

Bringing something new but familiar, Nike’s Senior Creative Director for Women’s Footwear, Georgina James wanted to create a sneaker that women can use to express themselves and their unique style. The double design and layered details on the trainer celebrate the AF1’s DNA. Expect two eyestays, two mudguards, two back tabs and you guessed it…two Swooshes!

They’re built with the same design lines as Bruce Kilgore’s OG, but feature an exaggerated midsole, which sits slightly higher to take the style game up a level. They’re also ultra-light with a grooved outsole for maximum comf’. 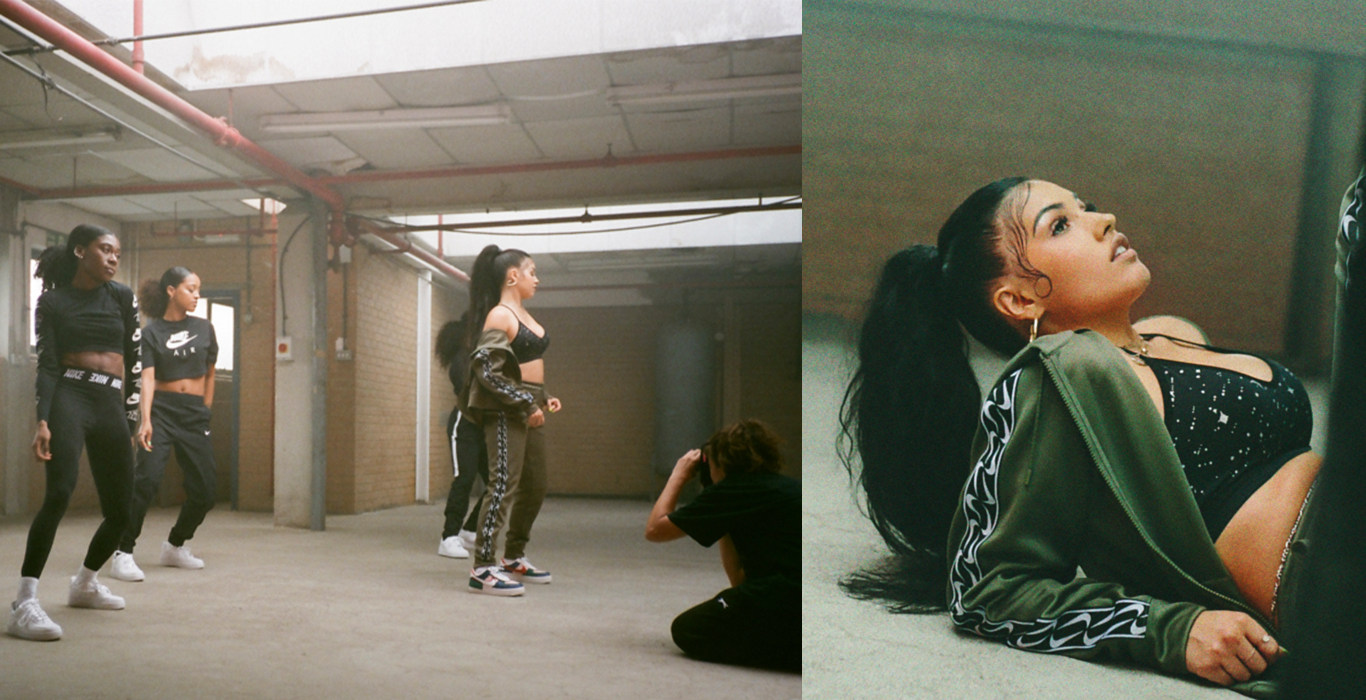 It’s not just us that are crushing on Nike’s new silhouette, pop-prin Mabel has been lacing up in the Air Force 1 Shadow too!

Shooting onto the scene in 2017, Mabel’s been making waves ever since with huge hits like ‘Mad Love’, ‘Don’t Call Me Up’ and ‘Bad Behaviour’ getting us all reaching for our hairbrushes….am I right?! She’s a big supporter of female empowerment, which she channels not only through her music but also through dance. So, who better to show you just how to werk the latest sneak than Mabel and her dance squad? After all, dance is the force for change!

Taking her from the studio to the streets, and the sofa to the stage, these trainers have got your back for comfort AND style. Take note from Mabel… 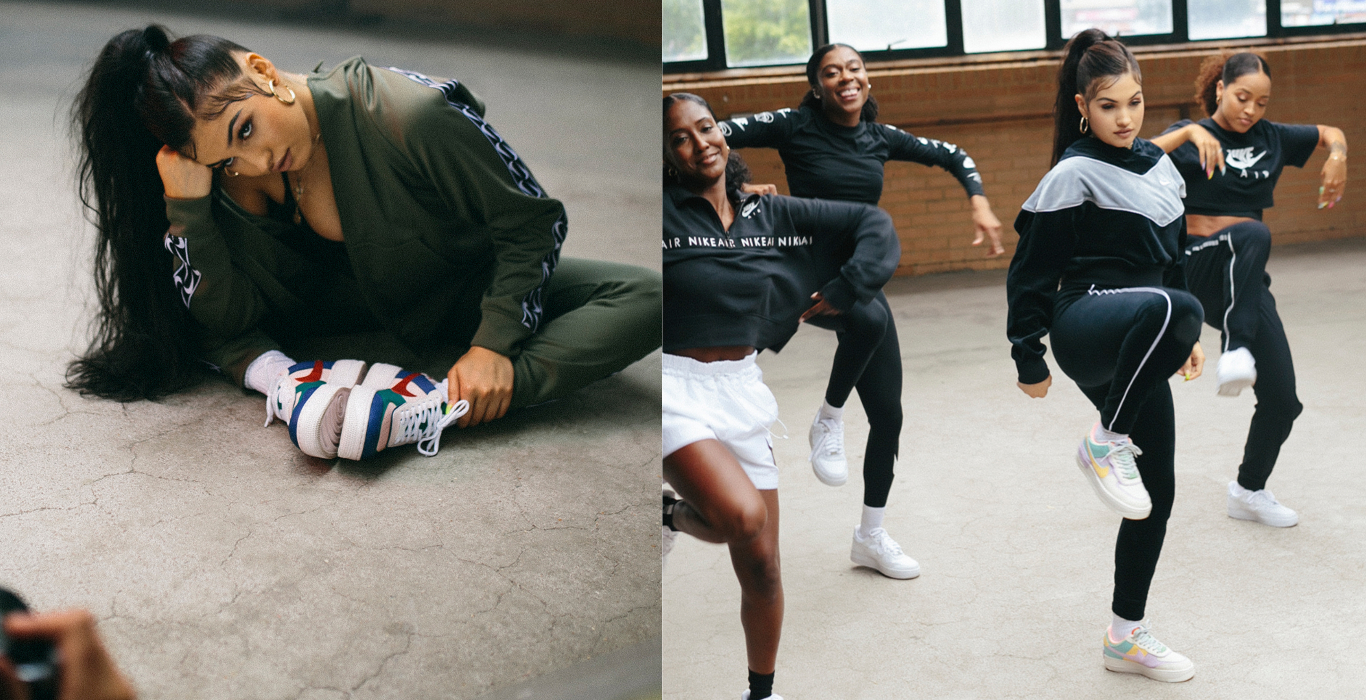 Dropping in a range of colourways, check out the entire Air Force 1 Shadow collection on site now!

Lookin’ Back Over Summer with Krystal Roxx