Counting down to Air Max Day 2019, we’re takin’ a look at the sneakers that debuted full-length Air and became essentials for coppin’ all over the world – the Air Max 97!

Continuing to evolve the Air Max range by pairing future tech with an iconic design, the Air Max 97 has become a classic sneaker. But how exactly did we get the classics creps we’ve been reppin’ for over 20 years?

In ’97, with Air Max firmly established as Nike’s standout range, the pressure was high to deliver another essential silhouette. Tinker Hatfield had established the Air Max range with the Air Max 1 and Air Max 90, and Sergio Lozano had delivered a statement sneaker with a strong concept in the Air Max 95. With both men busy working on other projects, Nike struggled to nail down designers and concepts that they felt would live up to the Air Max name. Nike eventually decided on Christian Tresser.

Christian Tresser had joined Nike in early ’96 and despite specialising in football boot design, he had impressed enough with his first outing for Nike; the Zoom Spiridon. So he was given the opportunity to design the next Air Max model. Tresser recalled being given the project saying “When the 97 arrived on my desk, it had already been through two designers before me; the message I was given was, ‘This shoe is going to make your career. Don’t blow it.’” No pressure, right? 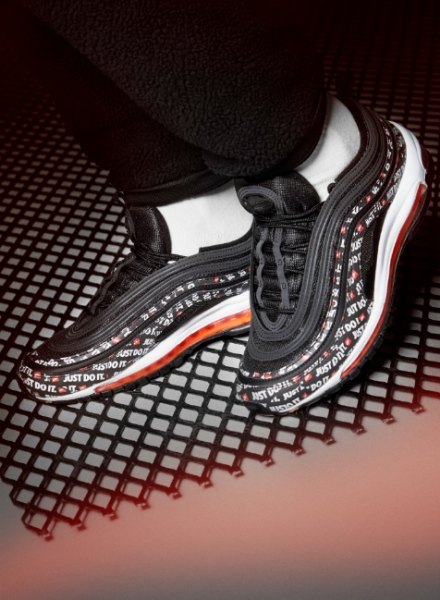 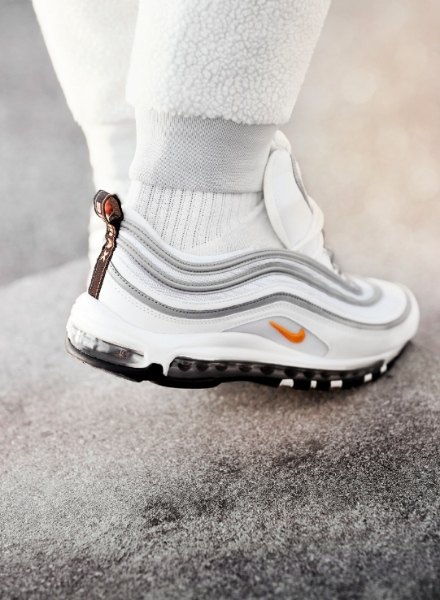 Left with only scraps from the previous two designers who worked on the sneakers, Tresser took things back to basics, starting from scratch. He created a unique upper, which had a rippled effect for a sleek look. The common belief is that Tresser took inspiration for this design from the look of the high-speed Japanese bullet trains, however that isn’t the case. While there are similarities, the look of the sneaker was actually inspired by nature, with the upper’s rippling design resembling a water droplet hitting a pond.

Along with the statement upper, the Air Max 97 gave us the first look at full-length visible Air. With early ‘Total Air’ tech being used in the 95 and 96 Air Max sneakers; the Air Max 97 saw the first ‘Total Air’ unit which spanned the entire length of the midsole. Tresser incorporated the fresh Air Unit into the design for the complete feelin’ of walking on Air – takin’ cushioning to comfort to new heights! 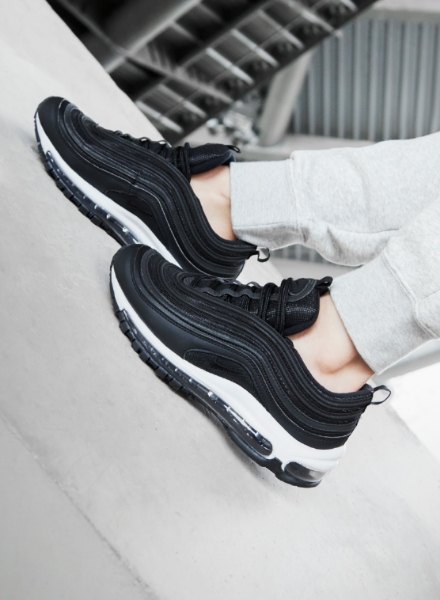 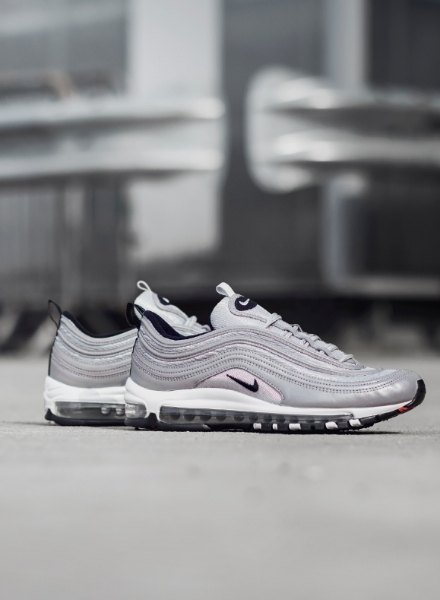 When designing the sneaker, Tresser used a number of metallic-looking and reflective fabrics to further add to the sneakers look. So, when the creps dropped in 97, they were released in a futuristic silver colourway a.k.a the Silver Bullet. Tresser had been inspired by Michael Johnson’s gold sprint spikes from the ’96 Olympics in Atlanta, which would also go on to be the basis for the Mercurial football boots in ’98 – a design that Tresser was also involved in.

The silver colourway had an unexpected cultural impact, especially in Italy. They became mainstays of the Italian nightclub scene in the late ‘90s due to their next-level cushioning that was perfect for dancing.  The sneakers steampunk and futuristic aesthetic also fitted into the world or Trance and Techno music.

Showing the wide-ranging appeal of the sneakers, the Air Max 97s were also adopted by the world of Italian high fashion.  Giorgio Armani wore the sneakers during Milan Fashion Week in early ’98, and then the following season, Dolce & Gabbana had the sneakers worn in their runway.

Outside of Italy, the 97s received a boost of popularity in the UK when Spice Girls’ Mel C began spicing up her looks with the iconic kicks. This marked the return of sneaker and tracksuit style to the UK streets, which would only become more prominent when the Air Max Plus sneakers dropped in ’98 – if it was on trend, it was TN!

Because of the initial popularity of the silver colourway in Italy, the Air Max 97s began being referred to as ‘Le Silvers’, a name which was picked up and translated around the world. The Air Max 97s, regardless of colourway, are still call ‘The Silvers’ to this day! 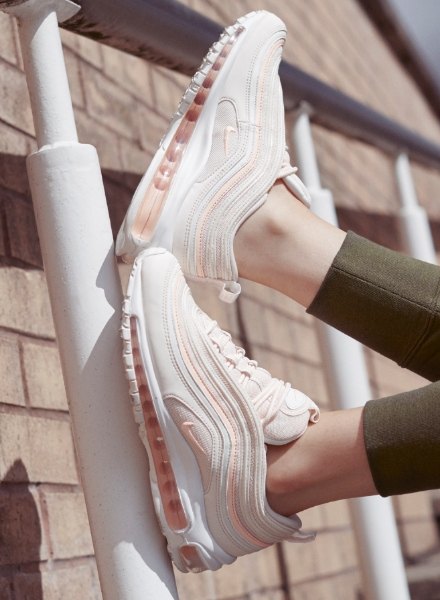 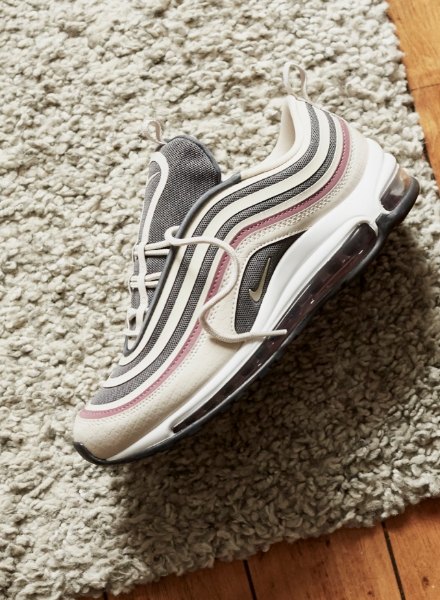 The sneakers were only sold for a year before the Air Max 98 dropped as their follow up. However, they were quickly reissued in ’98 with a gold edition landing in ’99, as their popularity surged throughout the late ‘90s.

While ‘Le Silver’ fever did not last, the sneakers have remained one of Nike’s most popular silhouettes, with fresh colourways and editions being released on a yearly basis. From the OG to the Ultra, the 97s will always be iconic.