Manchester United plunged into further turmoil with a 3-1 defeat against West Ham, Daniel Sturridge’s stunner salvaged a point at Stamford Bridge, and Harry Kane bagged a brace in Week 7 of Premier League action. Here is a look at some of Week 7’s top performers:

GK          Bernd Leno (Arsenal) – Replacing the injured Petr Čech (hamstring) on the stroke of half-time, Leno was thrown straight into action at the Emirates and didn’t disappoint. An outstanding save from Troy Deeney and a clean sheet helped the Gunners make it seven-straight wins in all competitions.

CB           Matt Doherty (Wolves) – Offering a constant outlet on the right-hand side, Doherty set up Wolverhampton Wanderer’s second goal and put in a Man of the Match performance, which will have surely impressed the Republic of Ireland’s assistant boss Roy Keane who was watching from the stands.

CB           Issa Diop (West Ham) – “Congratulations to the scout who found Diop, a monster who dictated everything,” José Mourinho said of the 21-year-old centre-back. With clubs demanding up to £70m for centre-backs in the current transfer market, West Ham look like they have made an astute signing having paid just £22m to Toulouse.

CB           Harry Maguire (Leicester) – A thumping header from Maguire ensured that the Foxes would take home all three-points at the weekend. Everybody knows who the danger man is at set-pieces, but there is little they can do to stop it. It has taken the centre-back just seven league games to reach his two-goal tally that he achieved in 38 league games last season.

RM         Raheem Sterling (Man City) – Showed great pace to score the opener, was denied a second with an outstanding save, and cutback perfectly for Sergio Agüero’s goal. Sterling has now scored four goals and registered two assists in six Premier League games. Since the beginning of last season, only Mohamed Salah (35 goals / 11 assists) and Harry Kane (35 goals / 3 assists) have been directly involved in more goals than the England winger (22 goals / 13 assists). *Player of the Week

CM         Declan Rice (West Ham) – Paul Scholes lauded Declan Rice’s performance against his beloved Red Devils, stating that “he totally controlled the game.” West Ham’s Young Player of the Year for both 2017 and 2018 looks set to turn his back on Ireland in a bid to play for Gareth Southgate’s Three Lions.

CM         David Silva (Man City) – The Spanish playmaker created four chances for Manchester City at the Etihad, and has ensured that it is business as usual for the Citizens in Kevin De Bruyne’s absence.

LM          Eden Hazard (Chelsea) – The Premier League’s form man followed up his contender for goal of the season midweek with another precise finish. He’s up to seven goals and two assists in his eight outings this campaign. Maurizio Sarri has challenged the Belgian to score 40 goals this season; that might be achievable if he can maintain his current form. 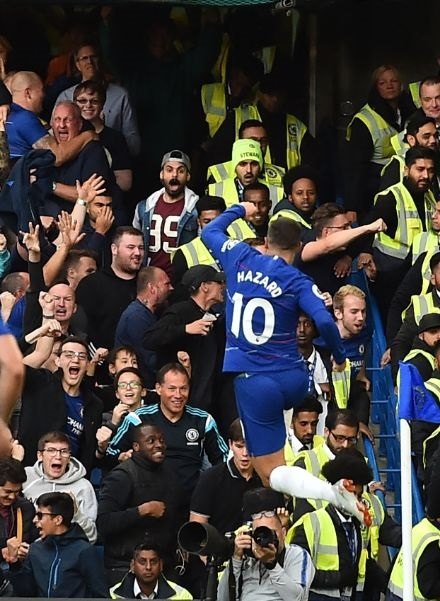 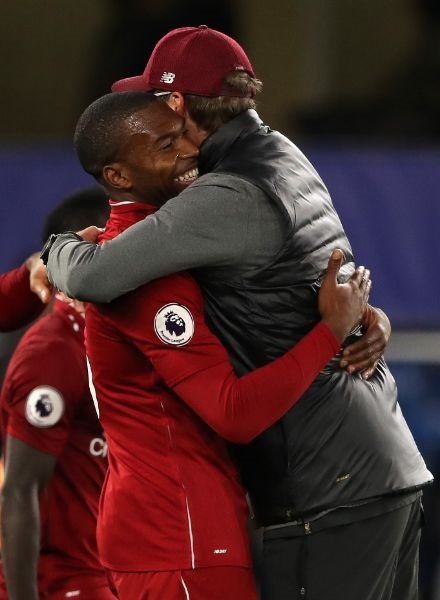 CAM      Gylfi Sigurðsson (Everton) – Managing just six goals in 33 games across all competitions last year, the Icelandic midfielder is still to find his best form for the Toffees. After smashing the crossbar from the penalty spot, he might’ve thought this wouldn’t be his day again. But he swiftly made amends with a tremendous left-footed strike to give Everton the lead, and wrapped up the scoring with a cool right-footed finish.

CF           Harry Kane (Tottenham) – Having gone five games without a goal (including International duty), Kane bagged a brace at the weekend to make it 3 goals in his last two games. He showed great hang-time to head home Kieran Trippier’s cross and followed it up with a trademark penalty to get his season back on track.

CF           Daniel Sturridge (Liverpool) – Sometimes it’s not about how long you’re on the pitch, but the contribution you make. And that was the case with Sturridge who came on in the 87th minute and maintained Liverpool’s unbeaten start to the Premier League season with a stunning long-range strike, giving Kepa Arrizabalaga no chance in the Chelsea goal.