While it’s been a long time without live sports, the NFL is set to give us a little bit of normalcy – with the NFL Draft taking place this week! Initially, the 2020 NFL Draft was scheduled to take place in Las Vegas, Nevada. However, it will now take place digitally, with NFL Commissioner, Roger Goodell, announcing the picks from home.

The draft, which is spread over three days, begins with the 1st round on Thursday night in the US, and early Friday morning in the UK, with rounds 2 and 3 occurring on Friday, and the remaining four rounds on Saturday.

The first pick belongs to the Cincinnati Bengals, following a season in which they won just two games. The good news for the Bengals is that they won’t have to look very far for the future face of the franchise. Barring a significant change of plans, it looks like Joe Burrow, who grew up less than three hours from Cincinnati, will be the top pick in the draft. Burrow, who led LSU to the National Championship this past season, and won the Heisman Trophy, should give the Bengals their QB for the next decade.

Other QB’s to keep an eye on throughout the NFL Draft include:

Former Alabama star, Tua Tagovailoa, who should be a first round pick despite the hip injury that ended his season early.

Moving quickly up the draft boards is former Oregon QB, Justin Herbert. He looks like the prototypical NFL QB, and ended his senior year by leading the Ducks to the Rose Bowl.

Jordan Love is a bit of a mystery, having spent his career at Utah St. However, he has great size, a huge arm and could be a surprise pick higher in the draft for a team that can let him sit his first year.

This year is also going to be particularly deep at WR, with at least five of them potentially going in the first round. This group is headlined by Jerry Jeudy, who was dominant throughout his time at Alabama. Jeudy is expected to be a top-10 pick, with numerous teams being rumoured to potentially trade up for him. 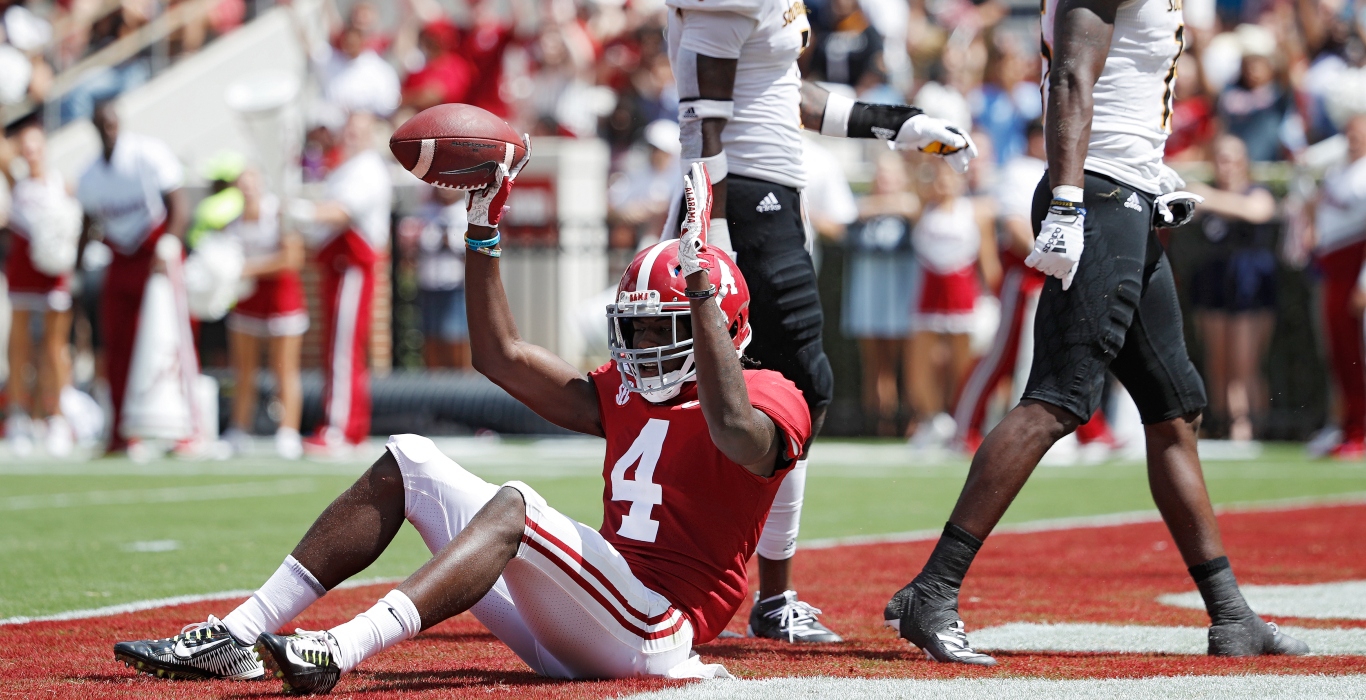 Other WR’s to watch include:

Jeudy’s teammate, Henry Ruggs III, is one of the fastest prospects in this draft. While he didn’t get as any catches as Jeudy, he was able to do big things nearly every time he touched the ball.

If you are looking for the most well-rounded WR in the draft, it might just be CeeDee Lamb. The former Oklahoma WR is a big threat in the receiving game, and can also make an impact on special teams.

Justin Jefferson had a huge year at LSU, serving as the number one option for Burrow. He is one of the safest options in the draft, as he appears ready to contribute early on in his career.

On the defensive side of the ball, this draft has numerous elite prospects. However, it’s Ohio St. defensive end, Chase Young, that will likely be the first defensive player taken off the boards. He is rumoured to be the top prospect for the Washington Redskins, and it would be a huge surprise to see the skilled DE fall beyond the 2nd pick in the draft.

Other defensive prospects who should go early in the draft are:

Ohio St. defensive back, Jeff Okudah, is widely considered to be the first defensive back that will be selected on Thursday. He has great size and opposing teams routinely avoided throwing the ball his way.

No one is sure what position Isaiah Simmons will play in the NFL, but the consensus is that he will do great wherever you put him. Expect to see the former Clemson star go in the Top 5.

Stay locked in to @JDSports for all the info leading up to the NFL Draft. This should be the most unpredictable draft in years, and we can’t wait to see how it all plays out…

How Does the NFL Draft Work?